McKennie continuing to thrive with USMNT in Gold Cup 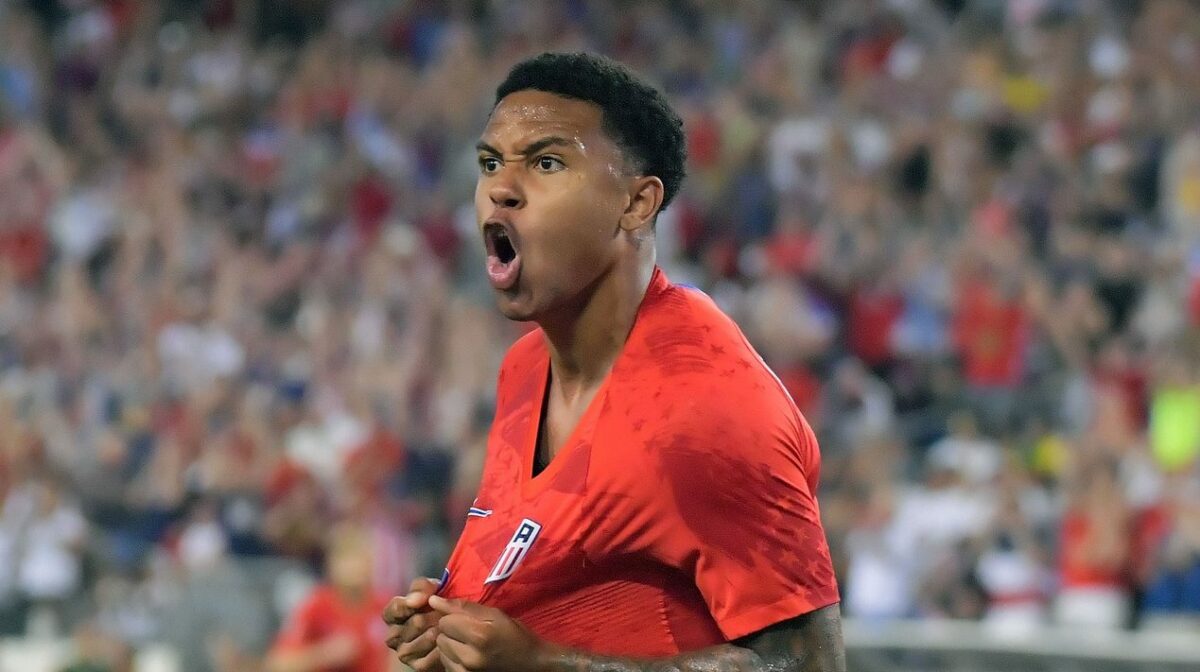 Weston McKennie is continuing to prove himself on the biggest stage for the U.S. Men’s National Team. The 20-year-old midfielder registered his second Gold Cup goal on Wednesday in a 3-1 semifinal win over Jamaica, but also continued to put in a lot of work for the team.

While Christian Pulisic continues to grab a lot of the headlines, McKennie has contributed for the team this Gold Cup and has continued to develop into a top player for Gregg Berhalter’s side. He scored his third-career international goal for the USMNT on Wednesday, while putting in a solid two-way performance against a versatile Jamaica attack.

“Weston is an outstanding player and a real talent,” Berhalter said. “What we’re working on with him is the movement off the ball and positioning during the match. He is teaching us this raw ability, he had some great runs in the box, and things you can’t really teach. It’s been a pleasure working with him and he’s one of the guys that as a coach you can learn from as well.”

McKennie’s versatility has grown as a whole not only for the USMNT, but also with his club team Schalke. With the Bundesliga side, McKennie played in midfield, defense, and also as an extra forward at time due to his work rate and ability to cover a lot of ground.

His goal on Wednesday came due to following up his teammates during an offensive attack. McKennie made his way into the box and showed confidence and composure, making a touch before beating Andre Blake to break the deadlock after nine minutes. The team would roll off two more goals by Pulisic, to win by a two-goal margin and set up a July 7th finals date with rivals Mexico.

“It feels great, it’s the first final for a lot of players on the roster,” McKennie said. “I think we’re definitely excited and ready to go because there is no better feeling than playing a final against Mexico. To be able to represent your country doing it is even better. We’re going to have to look at the film and try to figure out how we can expose them.”

“It’s a considered a rivalry and it’s gone back for ages. We’re a little more pumped that we are playing them in a final than probably any other team. We’re looking forward to it and we’re ready for it.”

McKennie has played every game for the USMNT this tournament, except the 1-0 win over Panama back on Matchday 3 in Kansas City. His aggressiveness defensively paired with his offensive awareness has helped him pair well not only with Pulisic, but with No. 6 Michael Bradley. McKennie’s role has made him one of the rising stars in Concacaf, which isn’t going unnoticed by his veteran partner.

“I think the three of us compliment each other very well,” Bradley said. “Christian has the ability to make plays in the attacking third, move with the ball, and slip passes through. Weston’s ability to cover ground and be athletic and make plays forward but also come back in all those ways. We have good players across the board and guys that compliment each other well.”

McKennie and the USMNT take on Mexico in Chicago on Sunday, which will be the first Mexico-USA final since 2011. A win will also give the USMNT its seventh Gold Cup title, tying them with Mexico for the most all-time.