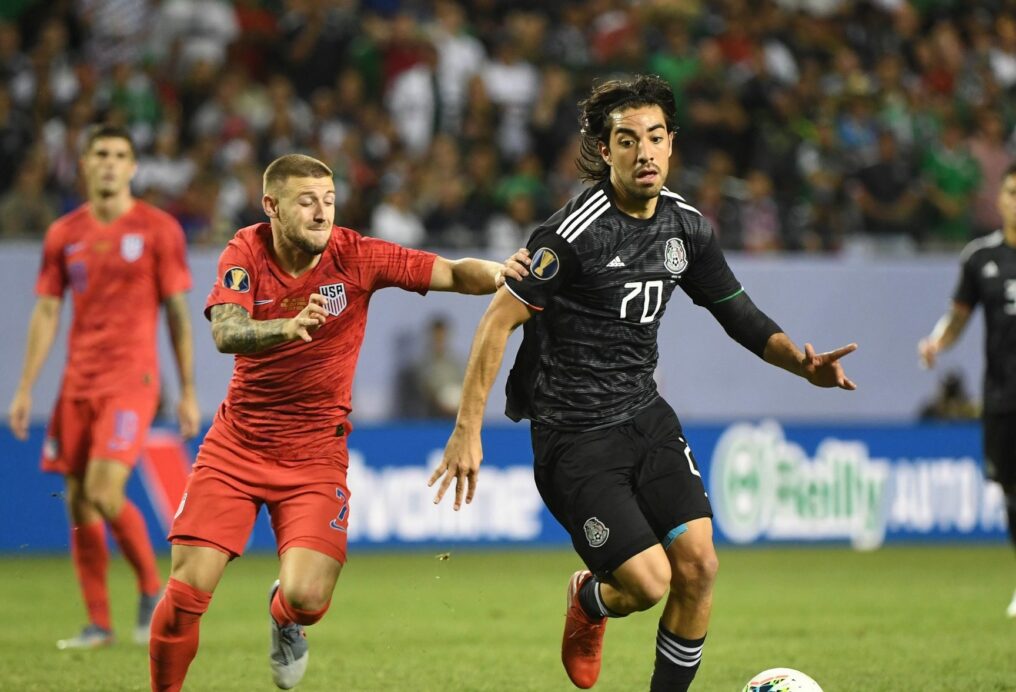 The 2019 Concacaf Gold Cup came to a close on Sunday with the U.S. Men’s National Team falling to rivals Mexico in Chicago’s final.

Jonathan dos Santos’ second-half finish proved to be enough for Tata Martino’s side as they ran away 1-0 winners. It was El Tri’s eighth all-time Gold Cup Finals win, as they now own a 5-1 head-to-head record in finals over the U.S.

Christian Pulisic was denied by Guillermo Ochoa in the fourth-minute, before a deflection off a Mexican clearance almost flew back into El Tri’s goal.

Jozy Altidore had a great chance to give the USMNT an early lead, but he scuffed his effort wide of the goal on a breakaway just a few minutes later.

Paul Arriola and Pulisic each had attempts to break the deadlock later in the half, but could not get their efforts past Ochoa. Jonathan dos Santos had the best chance for El Tri, forcing Zack Steffen to dive to his left.

It was a fast start to the second-half as the USMNT had an effort cleared off the goal-line. Jordan Morris’ header was headed off the line by Andres Guardado, while Weston McKennie’s follow-up was blocked by Edson Alvarez.

However, constant pressure by El Tri was capped off by dos Santos’ clinical finish in the 73rd-minute. A layoff from Raul Jimenez to a rushing dos Santos allowed the L.A. Galaxy man to flick a left-footed shot off the crossbar and in.

Jonathan dos Santos finishes off a beautiful team goal to give Mexico the lead late in this #GoldCup2019 final 🇲🇽 pic.twitter.com/gr18Y5GDok

Michael Bradley’s low cross forced Ochoa into a desperate save in the 87th-minute, before Cristian Roldan’s follow-up was blocked by Hector Moreno.

Ochoa finished with four saves on the night, while Zack Steffen made three for the USMNT.

It is the first major tournament for the USMNT under Gregg Berhalter, as the team now heads into a break. The team will be back in action this Fall for group stage play in the inaugural Concacaf Nations League.