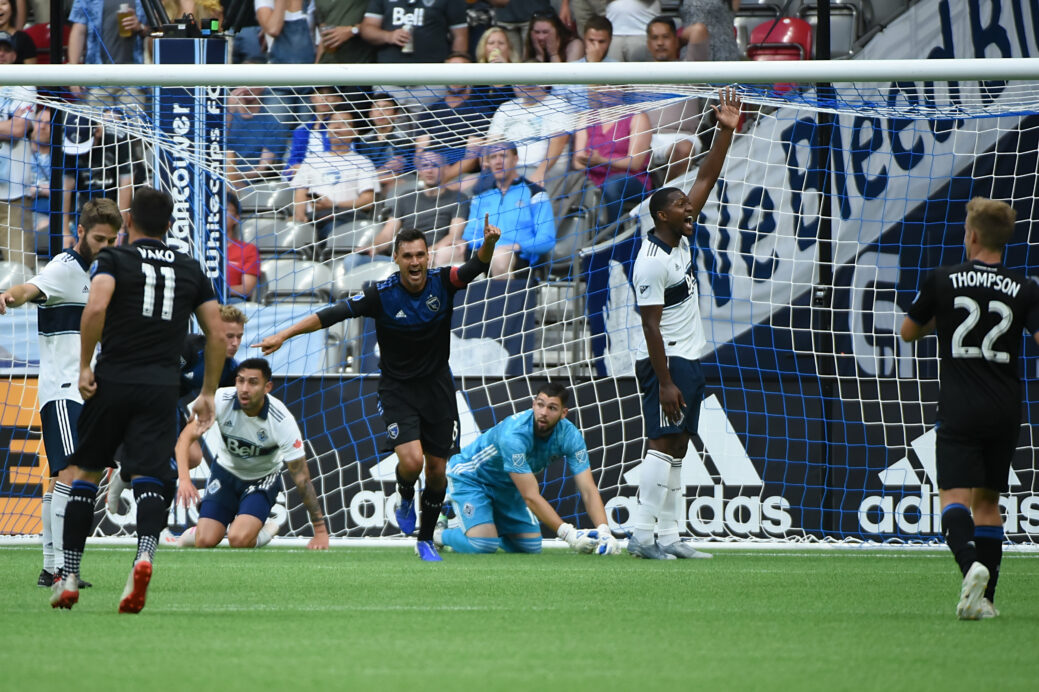 A pair of Eastern Conference matchups kicked off the evening, including Columbus Crew SC earning its first win in nearly two-and-a-half months and the Philadelphia Union maintaining its first-place status.

Two cross conference tilts saw the Houston Dynamo get back into the playoff conversation in the Western Conference and New York City FC bounce back after its extended unbeaten streak was recently disrupted in the New York Derby.

The home fans left MAPFRE Stadium in Columbus happy for the first time in a while as the Crew snapped a 10-game winless skid against the visiting Montréal Impact.

Josh Williams opened things up for the Crew in the seventh minute after beating the Montréal line on a set-piece ball from Wil Trapp. Before the first half came to a close, Crew defender Waylon Francis had to come off after picking up an injury, and the Impact equalized in stoppage time.

Zakaria Diallo was left unmarked on a corner kick, and converted for his third goal of the season.

Things would pick up quickly for Columbus in the second half though. VAR held up a David Accam strike. Soon after, Impact defender Bacary Sagna picked up a red card on a professional foul.

Columbus went on to enjoy the man advantage to see out its first MLS victory since May 8th.

The Eastern Conference leaders successfully bounced back from the 4-0 drubbing in Salt Lake City last week, defending their home turf at Talen Energy Stadium on Saturday while the Chicago Fire saw its winless skid extend to four games.

It only took 11 minutes for Marco Fabián to get the Union going, scoring from distance after Haris Medunjanin and Kai Wagner combined to find him isolated outside the box. Anthony Fontana cleaned up a ricochet chance from Kai Wagner to double the lead in the 65th minute.

The strike was good for Fontana’s first of the season, and it would prove to be all the Union needed to take care of business at home.

Wagner picked up a yellow card in the 19th minute, will now miss his side’s next match due to accumulation.

Trying to extend a two-game winning streak, Toronto FC found itself chasing the game early thanks to porous defensive display.

The Dynamo got off and running with a pair of goals courtesy of Tommy McNamara and Tomás Martínez, who both finished from close range in the first half.

Jozy Altidore was able to pull one goal back late in the match to make the evening respectable for Toronto, but the Canadian side didn’t have enough to complete a late comeback.

Despite a convincing opening that saw the home team looking more likely to score at Children’s Mercy Health Park, a pair of giveaways made the difference as FC Dallas was able to end SKC’s winning streak.

SKC defender Seth Sinovic mistakingly passed the ball into his own box in transition in the 37th minute and Dallas winger Michael Barrios was able to hold up the play to find Dominique Badji, who smashed it in to open up the scoring.

Jesús Ferreira would double Dallas’ lead in the 57th minute after a pair of blunders from the SKC backline provided the gift of an opportunity for the Colombian. SKC was unable to answer, and Dallas hung on to the lead for a big road win that solidifies its place in the Western Conference playoff race.

A rain delay pushed back the start of action at Dick’s Sporting Goods Park in Colorado where 16-year-old Sebastian Anderson got the Rapids on the board early after Jonathan Lewis was able to set him up with a chance from point-blank range for his first-ever MLS tally.

However, Anderson would go on to earn a red card after showing his studs in a 33rd-minute tackle.

With plenty of time to enjoy the one-man advantage, standout MLS newcomer Héber evened things up for NYCFC in the 40th minute, finishing a volley off his own chest with a rocket past Tim Howard from close range.

Alexandru Mitrita provided the clincher for NYC in the 83rd minute with a curled shot from distance, getting the team back on track after the controversial loss to the New York Red Bulls last week.

It took until the 57th minute, but Darwin Quintero’s header from a corner kick broke the deadlock for Minnesota to take a late lead, but it wouldn’t last. A Jefferson Savarino cross found Marcelo Silva in the 70th minute for the equalizer, but neither team was able to create a bit of late magic to earn the win.

The Vancouver Whitecaps played host to the rising San Jose Earthquakes at BC Place in the final match of the evening. Despite scoring first, Vancouver’s winless run extended to eight.

Doneil Henry finished a set-piece opportunity to get the Whitecaps on the board in the seventh minute, but Valeri Qazaishvili and Chris Wondolowski were able to take advantage of unsteady defending in the box to close out the first half with the lead.

In the 79th minute, Cristian Espinoza assisted Magnus Eriksson for the final say on the evening as The Earthquakes continue to impress under Matías Almeyda, leaving Vancouver with a three-game winning streak intact.