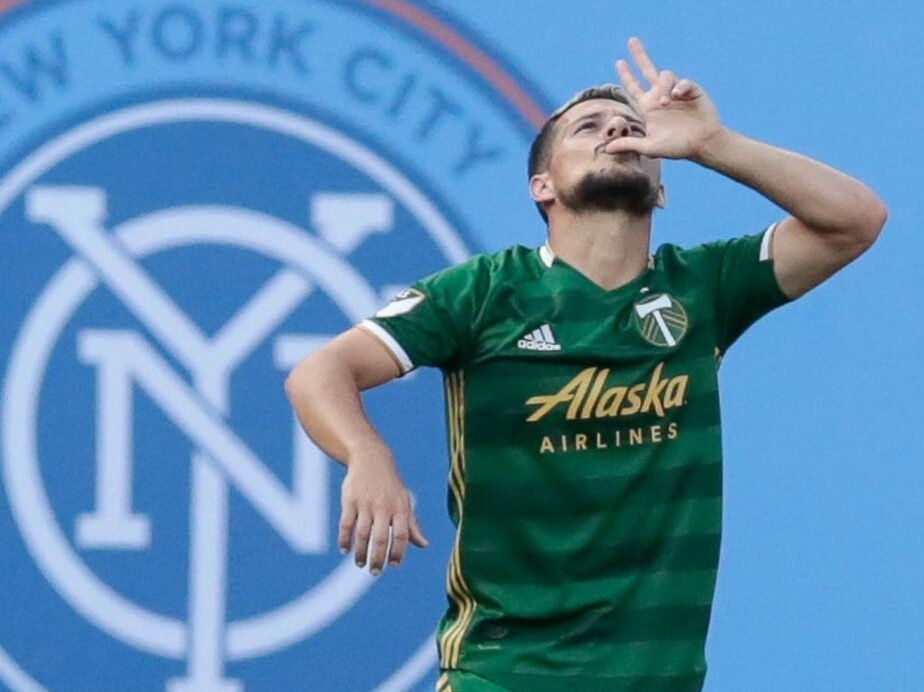 In a jam-packed day across the soccer world, MLS offered three tilts on Sunday.

Atlanta United and the New York Red Bulls opened up the afternoon at Mercedes-Benz Stadium with a hotly contested draw in their regular season sequel.

In another Eastern Conference battle, the Philadelphia Union found a way to salvage a point against Orlando City thanks to a late goal at Talen Energy Stadium, maintaining its first-place status in the conference.

The interconference matchup between New York City FC and Portland Timbers saw the visitors take the spoils for the first time all season at Yankee Stadium.

Trying to get even for the dramatic loss in Week 12, Atlanta United had to settle for a point at home to New York Red Bulls for a back and forth battle in which both teams found themselves unable to hold onto leads.

The newly acquired Justin Meram continues to pay dividends for Atlanta as he opened up the scoring, but the teams swapped goals in the first half as a left-footed blast from Daniel Royer got the Red Bulls on the board.

An Alex Muyl goal at the hour mark had NYRB ahead for only a moment. Defender Kyle Duncan brought down Atlanta’s Josef Martinez in the box and the striker converted on the penalty in the 78th-minute.

The teams swapped again in extra time, with Martinez knocking one in off the top post in the first-minute of stoppage time. However the Red Bulls’ Bradley Wright-Phillps had the final say after coming on as a substitution moments later.

The late equalizer is goal #108 for Wright-Phillips who is now tied with Jason Kreis for seventh in all-time regular season goals.

The Philadelphia Union fought back for a point at home after coughing up a first-half lead to Orlando City.

Santiago Patino and Dom Dwyer swung the match in the Lions favor after halftime, but Kacper Przybylko’s 90th-minute strike ended a 2-2 draw at Talen Energy Stadium.

Marco Fabian christened his return to the Union starting lineup with a headed finish in the fourth-minute. After some dribbles on the right wing from Fafa Picault, the forward crossed into the box and Fabian flicked a header into the far post for his third goal of the season.

Brian Rowe continued to be busy in the first-half, saving Kacper Przybylko’s turnaround effort and holding onto several other Union chances.

The Lions leveled things in the 66th-minute as Nani came off the bench to make an impact. The Portuguese winger recorded his seventh assist of the season, setting Dom Dwyer whose acrobatic header leveled the score.

It was Dwyer’s 79th-career MLS goal.

A minute after coming on as a substitute, Santiago Patino scored his first-ever MLS goal to spring the Lions in front. Nani’s corner kick was not handled cleanly by Andre Blake, allowing the striker to bang home the loose ball.

However, the Union would have the final say as Matt Real set up leading-scorer Kacper Przybylko for the tying goal. A nice find from Real allowed Przylbylko to curl in his ninth league goal of the season. It was Real’s first MLS assist.

The sides would leave with a point apiece.

Flying high on a 12-game unbeaten streak in league play and still busy with the U.S. Open Cup, New York City was only able to dress 15 players due to injury and international duty and the effects were felt as they fell to the Portland Timbers.

Sebastian Blanco broke the deadlock from a set piece directly in front of goal after the NYCFC backline failed to clear a Diego Valeri ball. The Argentine found himself in the right place at the right time to knock in his third of the season.

Despite being known for some second-half heroics as of late, NYCFC dramatically created chance after chance but failed to find the equalizer against the Portland side who really had to grind out the last minutes of the game.

Blanco’s early goal and goalkeeper Steve Clark’s five saves were all Portland needed to be the first to dethrone NYCFC at Yankee Stadium this season.