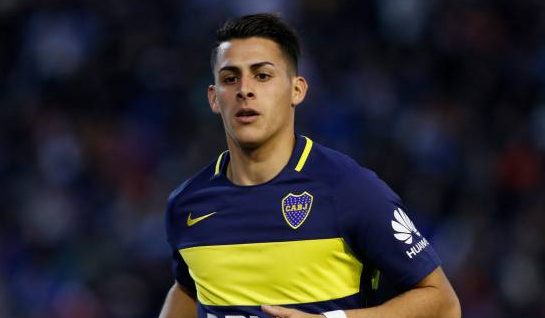 The L.A. Galaxy may need to start forgetting about adding Cristian Pavon before the closure of the Secondary Transfer Window.

According to ESPN, Boca Juniors have reportedly rejected the Galaxy’s $16 million offer for Pavon. The Galaxy made the bid over this past weekend, but Boca Junior concluded that the bid was “insufficient”.

The 24-year-old Pavon has been with Boca since 2014, scoring 21 goals in 80 appearances. He’s also spent time with Talleres de Cordoba and Colon, while winning seven caps with the Argentina National Team.

He was left out of Boca’s squad for their Copa Libertadores showdown with Athletico Paranaense.

Brad Smith is remaining with the Seattle Sounders for the rest of the 2019 Major League Soccer season.

The club announced they’ve reached a deal with AFC Bournemouth to keep Smith. Smith has five assists in 19 league appearances for the second-place Sounders, which ranks second on the team.

“We’re very pleased to have worked out a deal with Bournemouth to keep Brad here through the current campaign,” Sounders FC General Manager & President of Soccer Garth Lagerwey said. “Brad has performed admirably since he arrived in Seattle and is an important piece of our current squad, so we’re excited to have him here as we approach the homestretch of the season.”

Since joining the club in August 2018, Smith has started 24 league matches for the Sounders. He found it tough for first-team minutes at Bournemouth, making only five appearances since joining from Liverpool in 2016.

“Brad has been a great fit in our team since he arrived in 2018, so I’m very happy that he’ll be with us through the end of the 2019 season,” Sounders FC Head Coach Brian Schmetzer said. “In addition to his on-field quality, he’s been a valuable member of our locker room and has meshed well with the group. He will be an important piece to the Team as we try and close out the Season as MLS Cup Champion.”

According to the Washington Post, Canouse stayed two nights in a Chicago hospital following a 0-0 draw with the Chicago Fire on Aug. 26th. The midfielder returned to D.C. on Tuesday, but will face a spell on the sidelines as he aims to recover.

Canouse, 24, has started 20 of his 21 appearances for the Black and Red this season.

D.C. United hosts the Philadelphia Union in an Eastern Conference clash this Sunday at Audi Field.

Toronto FC added an attacking option to its roster on loan for the remainder of the MLS season.

“We’re very excited to add Nico to the team. He’s an experienced player that can play multiple attacking positions. He’s played at the highest level in France, and we feel he can play a positive role in helping us achieve our 2019 goals,” Toronto FC General Manager Ali Curtis said.

The 28-year-old has made a combined 86 appearances with Guingamp over four seasons, scoring 12 goals and adding 10 assists. He’s also appeared with Evian, Nimes, and Caen during his professional career.