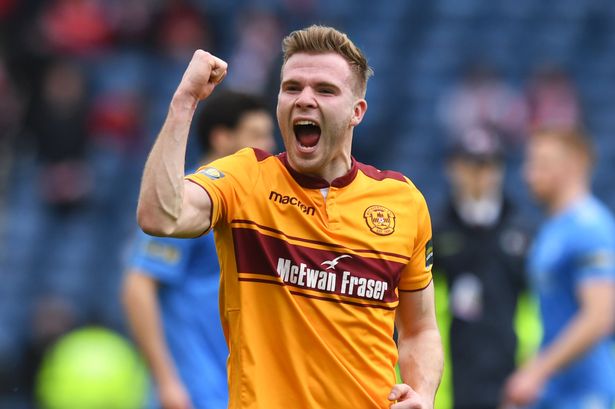 The Columbus Crew completed a sign and loan deal on Tuesday, involving a Scottish midfielder.

Columbus announced the signing of 22-year-old Chris Cadden, in which Cadden will be loaned to Oxford United FC of England’s League One. Following his loan to England, Cadden will return to the Crew ahead of the 2020 MLS season.

“We have been active during this transfer window in looking to strengthen our roster in both the short and long-term,” Crew SC President and General Manager Tim Bezbatchenko said. “In negotiating this particular transaction, it simply made sense for all parties for the player to join the Club in 2020 after gaining valuable experience in England this summer and fall. A postseason push this year remains a critical priority for this Club and we will continue to use this transfer window to fortify our team to deliver results.”

Cadden recently played with Scottish Premier League side Motherwell FC, totaling over 100 appearances for the club. He can play in midfield and also in defense, totaling 12 goals and 21 assists between 2013-19′. He’s won two caps with the Scottish National Team.

When Cadden joins the Crew in 2020, he will occupy an international roster spot.

Loons sign Wilfried Moimbe from French second-tier side AS Nancy

Wilfried Moimbe is on his way to MLS.

After being linked with Minnesota United, the club announced they’ve signed Moimbe from AS Nancy of France’s Ligue 2. Moimbe will occupy an international roster spot.

The 30-year-old will provide needed experience at left back for the Loons, who have seen Chase Gasper fill on for the departed Francisco Calvo. Throughout his professional career, Moimbe has totaled 259 appearances in which he’s scored five goals and added nine assists.

“We’ve added another experienced piece [in Wilfried] to what’s going to be a really important last half of the season – he’s vastly experienced, very athletic,” Loons head coach Adrian Heath. “We’ve been so pleased with Chase Gasper’s emergence but we are mindful of the fact that Chase is the only natural left back that we have on the roster at this moment in time.”

“This will bring added competition. It’s another important piece because we want to keep incrementally adding to the squad and improving the already talented roster that we have. We feel as though this will be important for us moving forward for the rest of the season.”

Moimbe made 24 appearances for Nancy in 2018-19 and has also appeared for Stade Reims, Brest, Nantes, and Oldham Athletic.

Impact homegrown Kinumbe out for season after knee surgery

The club announced on Tuesday that Kinumbe successfully underwent surgery on the meniscus of his left knee. Kinumbe signed a homegrown deal with the Impact back in Nov. 2018, but since has been with USL Championship side Ottawa Fury FC on-loan.

Kinumbe made two appearances for the Impact this season, one in the Canadian Championship and one in MLS play.

The Impact face York 9 in the second leg of their Canadian Championship third round tie. The teams are level at 2-2 heading back to Stade Saputo.