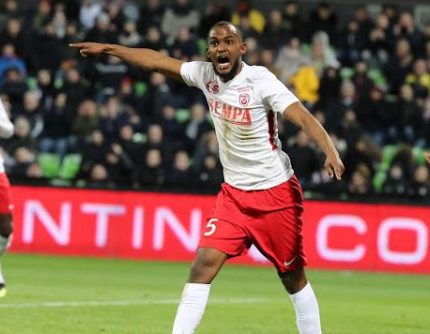 Minnesota United is reportedly nearing the completion of acquiring another defender out of France.

According to The Athletic, the Loons are expected to sign Wilfried Moimbe from Ligue 2 side AS Nancy. Moimbe, a left back, would add experience and depth to the position after Francisco Calvo was traded to the Chicago Fire earlier this season.

Moimbe is similar to current Loons defender Romain Metanire, an aggressive defender who has excelled in his first MLS season. Moimbe joined Nancy as a free agent in Sept. 2018, making 10 appearances last season.

Harry Novillo has been released by the Montreal Impact.

The Canadian club announced on Monday they’ve mutually agreed to part ways with Novillo. The 27-year-old made 11 appearances for the club this season, scoring one goal and adding two assists.

Born in France, Novillo signed with the club in Dec. 2018, being reunited with former head coach Remi Garde. A winner of two caps with the Martinique National Team, Novillo also played in France, Australia, Turkey, and Malaysia during his professional career.

“The Impact would like to thank Harry Novillo for his services and wish him good luck,” the club said in a statement.

The Chicago Fire and Real Salt Lake traded on Monday with both teams receiving allocation money.

It was the second move of the day for the Fire who signed defender Jonathan Bornstein after acquiring the No. 1 spot in the MLS waiver order in a trade with the Columbus Crew.