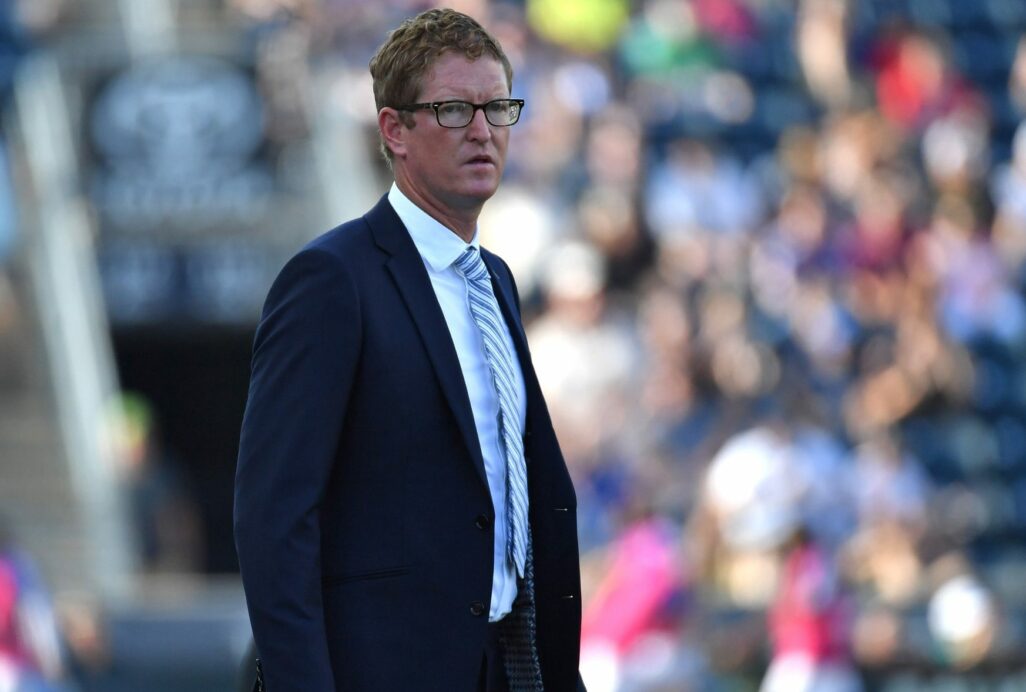 Jim Curtin has been rewarded for the Philadelphia Union’s best-ever start in club history.

The Union announced on Wednesday that Curtin has been given a multi-year extension to remain with the club. Curtin is the team’s all-time leaders in wins with 64 and has led the team to a 10-5-6 record through 21 matches, five points better than the Union’s previous best record.

Curtin was given a one-year extension in 2018 for this season but now has job security heading into the second-half of the 2019 season. The Union currently lead the Eastern Conference and are on pace to break the previous best record in club history of 15-14-5.

The Union travel to Real Salt Lake on Saturday.

With rumors swirling regarding Ignacio Piatti’s future, the Montreal Impact are planning to keep him with the club next season.

Club president voiced his opinion on social media, stating that the club will exercise his option for the 2020 season. Piatti hinted prior to the 2019 season that this would be his final one in Montreal.

To address the persistent rumors involving Piatti and his departure for Argentina, I wanted to make it clear that Nacho is under contract with the Impact and the club will exercise its option for 2020. Since I arrived it has been my expectation that Nacho will be with us in 2020

He’s only made five appearances in 2019 due to injury, but his loss would certainly add a huge void in the Impact’s midfield. Since 2014, Piatti has scored 66 goals and added 34 assists in over 129 appearances with the club.

The Impact are currently third in the Eastern Conference.

FC Cincinnati reportedly is eyeing up their next head coach.

According to Dutch outlet FC Update, Ron Jans is being considered for the job. Jans worked with current FC Cincy sporting director Gerard Nijkamp during their time together at FC Zwolle.

Jans first major head coaching role came in 2002 with FC Groningen before moving to SC Heerenveen in 2010. He managed Standard Liege of the Belgian top-flight in 2012, before returning to Holland with FC Zwolle from 2013-17.

Yoann Damet is currently FC Cincy’s interim after the club fired Alan Koch in May.

The club is currently bottom of the MLS standings in their debut campaign, despite having several talented players on the roster.

Sacha Kljestan has been given an additional game suspension.

MLS’ Disciplinary Committee confirmed the news on Wednesday after Kljestan previously missed Orlando City’s 2-2 draw with the Philadelphia Union on Sunday. Kljestan received a red card for his tackle on Jamiro Monteiro in the first of a home-and-home with the Union on July 3rd.

The veteran midfielder will play no part in the Lions’ July 13th match with the Columbus Crew.

In addition, the Disciplinary Committee has fined both Nicolas Lodeiro and Kaku.

Lodeiro was found guilty of simulation/embellishment in the 81st-minute of the Seattle Sounders’ 2-1 win over the Crew on July 6th. He has been fined an undisclosed amount by the league.

Kaku was fined an undisclosed amount by the league after violent conduct against Atlanta United on July 7th.

Minnesota United are reportedly nearing a deal to add another playmaking weapon to their arsenal.

According to the Pioneer Press, the Loons are eyeing up Finnish midfielder Robin Lod. Lod, 26, spent last season with Sporting Gijon of Spain’s La Liga, scoring four goals in 23 appearances.

Lod has also played with Panathinaikos of the Greek Super League and HJK Helsinki in Finland’s Veikkausliiga. He has also won 33 caps with the Finnish National Team, scoring three goals.

Adrian Heath’s side are currently fourth in the Western Conference after back-to-back wins over the San Jose Earthquakes and Montreal Impact.

According to Pro Soccer USA, Coronel has joined up with Austrian Bundesliga side RB Salzburg. Coronel joined the Union on-loan in January, but is back with Salzburg training ahead of the domestic season.

“We have the option to keep him basically until the end of the season,” Union sporting director Ernst Tanner said. “They don’t have an exit. We are having some troubles with our green cards and international spots and we are working on a solution.”

Coronel has made four appearances for the club this season, filling in when Andre Blake was on international duty and Matt Freese was injured. His last appearance came against Toronto FC on May 11th in a 2-1 win at BMO Field.

Tanner also confirmed that if Coronel does stay in Philadelphia, he most likely would only earn playing time with the club’s USL affiliate Bethlehem Steel.

“We are not trying to keep him,” Tanner said. “We are trying to find a solution in order to release him to Salzburg.”