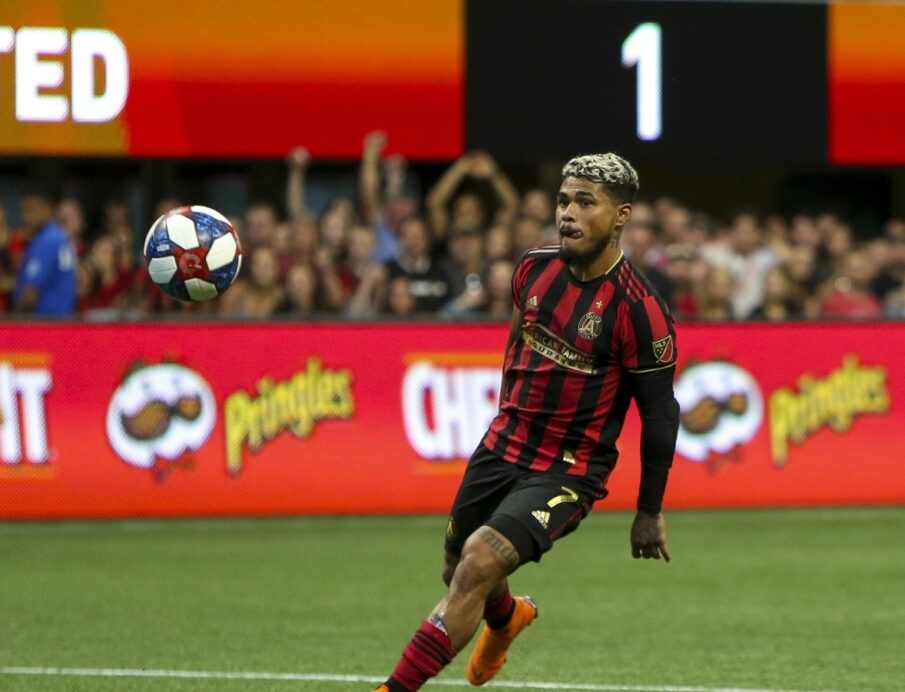 Heading into the final weekend of July, plenty of teams are still hoping to keep firm grasps of playoff places. Elsewhere, other sides are trying to propel themselves up the table ahead of the final months of the regular season.

Week 21 in Major League Soccer sees two MLS Cup hopefuls duke it out on the West Coast as LAFC hosts Atlanta United. Carlos Vela and Josef Martinez headline the offensive firepower for both clubs in this interconference duel.

Also on the West Coast, the Portland Timbers will welcome Zlatan Ibrahimovic and the L.A. Galaxy to Providence Park. Both teams are coming off important derby wins last weekend and will try to continue that momentum.

The Philadelphia Union will travel to face the Montreal Impact in Eastern Conference play, while the Colorado Rapids pay the San Jose Earthquakes a visit at Avaya Stadium. The Seattle Sounders also hit the road on Saturday, entertaining the Houston Dynamo at BBVA Compass Stadium.

Two MLS Cup contenders meet at Mercedes-Benz Stadium on Friday in the headlining match this weekend.

LAFC returns home after a 1-1 record on the road over the last two weeks. A 3-2 loss to rivals L.A. Galaxy surely left a sour taste in Bob Bradley’s side’s mouth and the team will try to rebound against the current defending champions.

Carlos Vela’s historic season continued with a brace against the Galaxy, which now sees him on 21 goals this season. He is chasing Josef Martinez’s single-season record of 31 set last season.

As for Atlanta United, they are coming off back-to-back shutout wins over the Houston Dynamo and D.C. United respectively. After what has been a disappointing season so far, Pity Martinez played the hero against the Black and Red with a goal and assist.

Pity and Josef will headline the attack at Banc of California Stadium, but don’t forget about Julian Gressel’s versatility in the Five Stripes build-up play.

A pair of Western Conference rivals meet at Providence Park on Saturday night looking to follow-up on impressive rivalry wins.

The Portland Timbers are coming off a 2-1 road win over the Seattle Sounders in which Brian Fernandez netted a brace to continue his dominance in MLS. Fernandez now has six league goals in eight appearances, which has given Giovanni Savarese’s side a dynamic attacker. Expect Diego Valeri to play a major role in this contest and he tries to pull the strings against the Galaxy.

L.A. defeated LAFC 3-2 at home thanks to Zlatan Ibrahimovic’s hat trick. Despite his elbow on Mohamed El Munir, Ibrahimovic avoided suspension for this match which is something the Timbers definitely aren’t happy to see. Efrain Alvarez and Uriel Antuna are two dynamic wingers who will try to link up with the big Swede.

The Eastern Conference-leading Philadelphia Union travel north of the border this weekend to face an Impact side looking to stay in the top seven.

Jim Curtin’s side downed the Chicago Fire 2-0 last weekend as Marco Fabian and homegrown midfielder Anthony Fontana each scored. Jamiro Monteiro remains out for the Union, which hurts their versatility in midfield. Kai Wagner will miss due to yellow card accumulation so expect Fabinho, R.J. Allen, and Matt Real all to fight for a start at Stade Saputo.

The Impact are nine points back of the conference leaders in the standings, and are on verge of slipping out of the top seven. Four-consecutive league defeats have seen Remi Garde’s side drop in the standings, while they continue to look for consistency in front of goal. Maxi Urruti and Saphir Taider will be the expected attacking threats to get after the Union backline.

The slumping Houston Dynamo will try to make it two from two at home as they go up against third-place Seattle on Saturday.

Wilmer Cabrera’s side were eliminated from the inaugural Leagues Cup on Wednesday after a loss to shootout loss to Club America. A 3-1 road win in Toronto though ended a short losing run for the Dynamo, who are currently eighth in the Western Conference. Mauro Manotas netted his seventh league goal of the season, which hopefully will spark the Colombian to find the back of the net again this weekend.

Brian Schmetzer’s side fell to the Timbers last weekend, but hopefully will have an easier time down in Houston. Raul Ruidiaz continues to be a dynamic attacking piece for the Sounders, scoring his seventh goal in his 11th league appearance of 2019. With all of their players back from international duty, the Sounders have plenty of options to choose from.

A pair of intriguing Western Conference teams meet at Avaya Stadium in one of Saturday’s late contests.

Matias Almeyda’s Earthquakes are up to fifth in the West after winning five of their last six league matches. A 3-1 triumph over the struggling Vancouver Whitecaps saw a trio of in-form attackers are get on the scoresheet. Valeri Qazaishvili is continuing to provide distribution offensively for the club, while Magnus Eriksson, Chris Wondolowski, and Danny Hoesen are all able of finding the back of the net.

The Colorado Rapids are ten points back of the final playoff spot but have hit some roadbumps lately under Conor Casey. A 2-1 loss to NYCFC extended the Rapids winless streak to three matches and this week’s opponent will be just as difficult. Jonathan Lewis is a wide option who will try and get after Quakes wingback Nick Lima, while Sebastian Anderson will play no part after being sent off after scoring his first MLS goal last weekend.