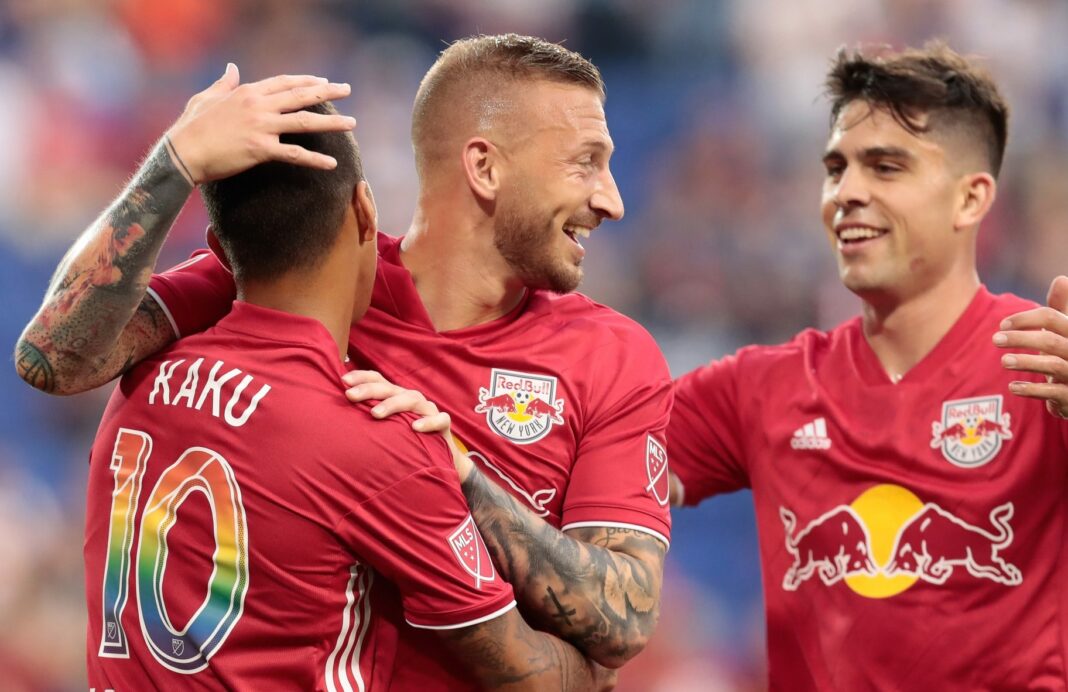 The first weekend of July is upon us and Major League Soccer is heating up as teams jostle for places in the top-six.

After a busy midweek schedule, Saturday and Sunday will feature matches on both days including some top showdowns around North America.

A rematch of last season’s Eastern Conference Finals will take place down South as Atlanta United tries to rebound against the New York Red Bulls. Frank de Boer’s side are coming off a midweek hammering in Chicago and will be expected to put in a better showing at Mercedes-Benz Stadium.

Elsewhere, NYCFC remains at home to take on the Portland Timbers while the Philadelphia Union host Orlando City. Minnesota United takes a trip to face the Montreal Impact in an interconference clash.

A top-six showdown comes from Atlanta as the Five Stripes welcome the New York Red Bulls to town.

The defending MLS champs are currently fourth in the table and have alternated wins and losses in their last four matches. A 5-1 hammering to the Chicago Fire was the largest margin of defeat under Frank de Boer and the team will be questioned more if they lose at home this weekend.

Josef Martinez should be back for the Five Stipes after international duty while Pity Martinez and Julian Gressel are also options in attack.

The New York Red Bulls are coming off a 4-0 hammering of their own at the hands of the Houston Dynamo. It was the Red Bulls first shutout loss since April, a match in which Kaku and Michael Murillo were both sent off. Kaku will play zero part on Sunday after seeing a straight red for violent conduct.

Daniel Royer will be counted on to produce in Kaku’s absence.

A pair of sides coming off wins will meet at Yankee Stadium to close out Sunday’s action.

NYCFC rolled to a 3-0 clean sheet win over the Seattle Sounders on Wednesday and extended their league unbeaten run to 12 matches. Argentine playmakers Maxi Moralez and Valentin Castellanos have combined for 11 goals and 10 assists and have been two vital pieces of NYCFC’s strong run of form.

Portland blanked FC Dallas 1-0 last weekend and are slowly inching up the Western Conference table. Brian Fernandez has continued to be an important attacking piece for Giovanni Savarese’s bunch while Diego Valeri and Sebastian Blanco are equally as important.

The Timbers have won three of the four all-time league meetings between these teams.

Two of the MLS’ surprising sides so far this season will duke it out in Canada on Saturday night.

Minnesota United, currently fourth in the Western Conference, pays third-place Montreal Impact a visit at Stade Saputo. Adrian Heath’s side has won their last two matches, beating FC Cincinnati and the San Jose Earthquakes by a combined score of 10-2.

Darwin Quintero and Angelo Rodriguez have combined for 11 goals and six assists this season, while Jan Gregus has been a huge contributor in midfield.

Montreal comes in off an open week and will look to rebound from a 2-1 loss to Atlanta United last weekend. Ignacio Piatti’s absence has forced several players to step up, incuding Saphir Taider and Orji Okwonkwo. These two have 11 goals and two assists combined, but will face one of the league’s underrated backlines on Saturday.

In the second match of a home-and-home, the Philadelphia Union return to Talen Energy Stadium to face Orlando City.

Jim Curtin’s side rolled past the Lions 3-1 on Wednesday, which saw two Orlando City players sent off. Kacper Przybylko registered a brace for the Union, while Fafa Picault and Jamiro Monteiro were also influential. Goalkeeper Andre Blake may be back in goal after Jamaica crashed out of the Gold Cup also on Wednesday.

James O’Connor’s side need to do better defensively in Chester this weekend if they want any chance of a point. Vincent Jansson and Sacha Kljestan were both sent off for straight red card decisions, so rotation may be used by O’Connor.

One of two late night showdowns on Saturday sees league leaders LAFC take on the Vancouver Whitecaps at Banc of California Stadium.

A 5-1 beatdown of Sporting KC helped Bob Bradley’s side rebound from a shutout loss to Colorado five days prior. Diego Rossi, Carlos Vela, and Christian Ramirez all registered two-point nights and will be likely candidates to get back on the scoresheet this weekend.

The Whitecaps are coming in fresh, but have not won in their last four league matches. Lucas Venuto and Fredy Montero will need to be strong in attack if the Whitecaps want to sweep the season series between the two teams, after Vancouver shocked LAFC back in April.

Hwang In-Beom has also played a huge role under Marc dos Santos this season, covering a lot of ground in midfield.

Here’s a full schedule of this weekend’s matches: