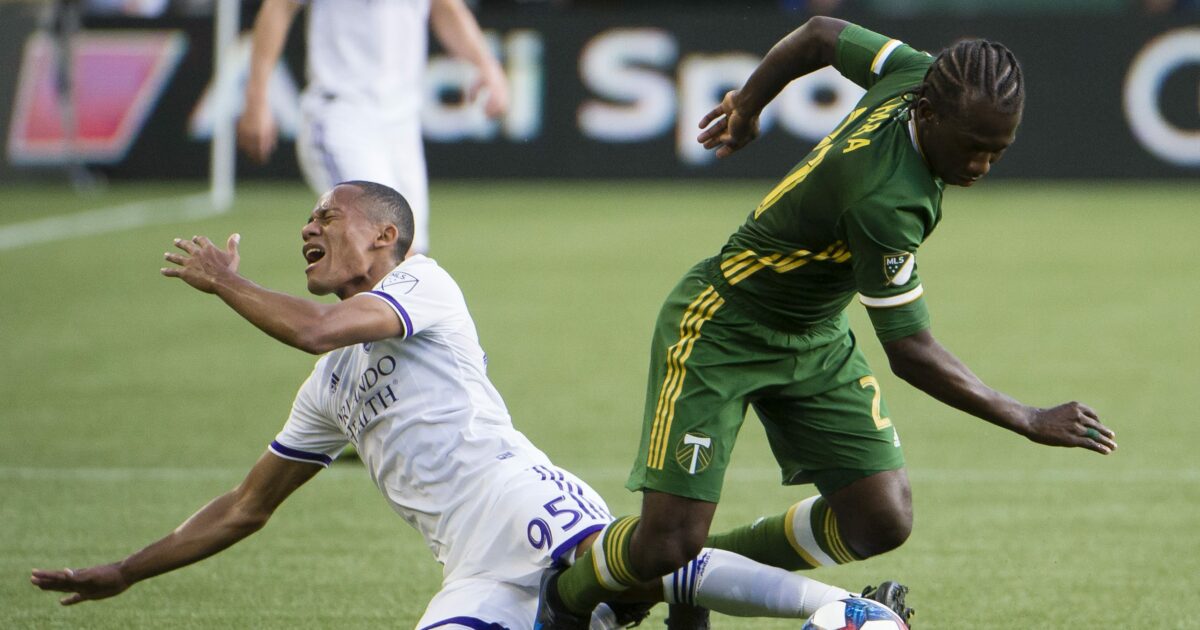 An Orlando City team that was missing many of their top talents, including the resting Nani and suspended Dom Dwyer, was able to defend their way to a crucial road point in a 1-1 draw against the Portland Timbers at Providence Park.

The Lions opened the scoring in the 44th minute thanks to a true blunder by Portland left back Zarek Valentin. Valentin gave up on a ball, thinking it would roll out harmlessly for a throw, but Robinho got to it before it could and Orlando created themselves a scoring chance off the error. Rookie forward Santiago Patino provided the finish after Jorge Moreira deflected a low cross right to him.

Despite controlling possession for basically the entire match, it took the Timbers until the 82nd minute to find their equalizer. Bryan Fernandez headed a Moreira cross right to Jeremy Ebobisse, who easily headed the ball home for the goal.

The Timbers did have a couple of other chances to score. Claude Dielna wasted a free kick in the 78th minute when he was presented with an open header, but he couldn’t get good contact on the ball and it went harmlessly wide. Sebastian Blanco launched a header off the crossbar in the 36th minute in a golden chance from open play.

Overall, the home side launched 25 shots to Orlando’s two, but only four were on target and even fewer were legitimate threats. All credit goes to the Lions defensive unit, who stayed disciplined and structured at the back to keep Portland from creating much despite their possession advantage.

The Lions will take their point and head back home for a Sunday clash with the New York Red Bulls. Meanwhile, the Timbers will head north up I-5 to take on their arch rival Seattle Sounders, also on Sunday.

Orlando City’s entire defensive unit had an excellent match, but Oriol Rosell was strong in a holding midfield role and he successfully shut down Portland’s powerful central attackers.

Jeremy Ebobisse’s header was the only thing keeping Orlando City from escaping a hostile environment with all three points.

Zarek Valentin’s field awareness lapsed just before halftime and it cost his team the game in the end. His error leading to the first goal of the game was the only thing to go in Orlando City’s favor up front all night long.