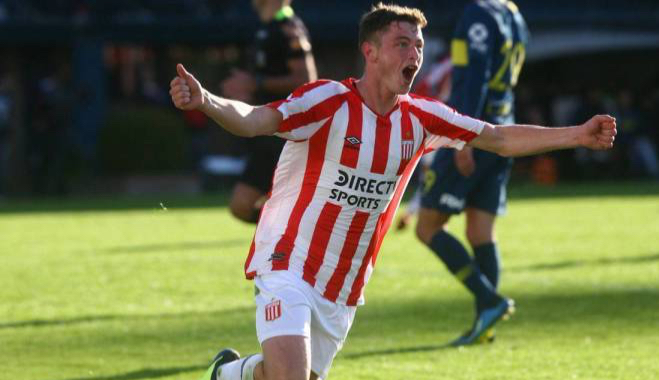 Inter Miami CF has made their first two signings ahead of their MLS debut in 2020.

The club announced on Friday the signing of 19-year-olds Matias Pellegrini and Julian Carranza. Pellegrini a midfielder, joins from Estudiantes de La Plata as a Young Designated Player while Carranza comes from Banfield.

Both players will remain on-loan with their current clubs until Jan. 2020.

“It’s important for us that we found young, exciting attacking players that are on the upside of their career and have the potential to be really good players in this league,” Inter Miami CF Sporting Director Paul McDonough said. “We will continue to build and add quality players that are the right fit for our Club. We started with youth, but we know it’s also important to have veteran players who come from both overseas and within the league to balance out the roster over time.”

Pellegrini made his first team debut in 2018 and has scored three goals in 17 appearances in all competitions. He’s represented Argentina’s U-17 and U-20 Men’s National Teams.

Carranza, a forward, has totaled 10 goals in 30 matches for Banfield. He’s represented the U-17’s in the past.

“Both Julián and Matías showed us they really wanted to take the next step of their career with Inter Miami CF. We liked that Pellegrini can play inside and out wide, has very good aerobic capacity and can cover a lot of ground, while Julián is a very grounded player with an impressive work rate. He’s the player that strives to score goals and is very good in the box,” added McDonough.