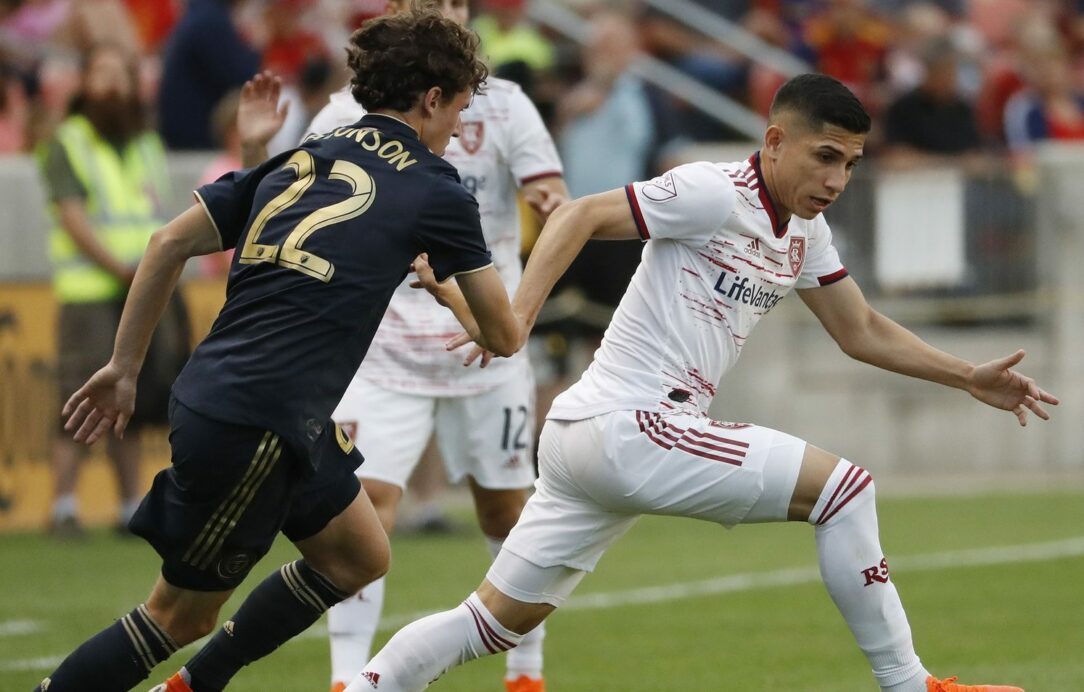 Real Salt Lake has picked up some important home wins in 2019 but none have been as convincing as Saturday night’s.

A 4-0 trouncing of the Eastern Conference-leading Philadelphia Union was the largest margin of victory for RSL this season. It was also their fifth-consecutive home league win which has seen them post clean sheets in four and outscore their opponents 12-1. Jefferson Savarino registered his first brace since Aug. 2018 which now gives him five goals on the season.

“This is the standard. That’s the message,” RSL head coach Mike Petke said. “Someone like Savarino who was just at Copa America and he played incredibly. And there’s been some buzz about him and he’s come back, and he’s been reenergized. And he’s putting the work in on both sides of the ball. And I thought tonight was possibly his best game since we got him.”

“It was great to see that we really put them on their heels from the first moment, when a lot of times teams come in here and most of the time to win the game in the first 15 minutes because of the altitude. And they know how difficult it’s going to be. And they’re putting us on our heels. I think over the last three games, we’ve taken a real commitment to team defending and recognizing where we are on the table. It’s right around the playoff line, and every point counts. So you know, we have to really especially at home, clean up the points.”

RSL made things difficult for the Union throughout the 90 minutes at Rio Tinto Stadium. The used the creativity and pace of Savarino, Damir Kreilach, and Albert Rusnak to pin the Union back which forced a mental mistake on the opening goal. Savarino made no mistake with a first-half strike before icing the match in the 71st.

The Venezuelan set up Rusnak for a clinical finish to extend the lead before Kreilach added his fourth of the season. Defensively the team forced the Union’s forwards to come deep to receive possession, which forced Jim Curtin’s side to do more work than expected. The Union were held without a shot on goal, more credit to RSL and their defensive shape and stability.

“It says that we’re a very strong team at home,” Rusnak said. “We’ve been a little unlucky, like in San Jose, I think we should have kept the unbeaten run going. It wasn’t meant to be in San Jose, for whatever reason. I think we showed tonight that we’re one of the best teams in the league, at home especially. Four goals, clean sheet, so there’s not much to talk about really.”

“It was all around a great team performance. The attackers helped with the defending and the defenders did their job at the back and also went forward, making passes forward between the lines. It was overall a great performance, we could be here for another 10 minutes talking about how great everything was. I don’t think anything went bad today.”

The team now moves to 29 points on the season, which is two behind sixth-place San Jose. Another strong performance at home moves Petke’s bunch to 7-0-2 in Salt Lake, which is tied for the second-most home wins in the league.

Not only has the team been strong at home, but Savarino’s strong three-point performance will now give Petke another confident attacking weapon going forward. Up next at home is an in-form Minnesota United before a trip to Yankee Stadium for a date with NYCFC. With Savarino back and in good spirits after Copa America duty, the team can hope he builds off Saturday’s showing for an important stretch.

“It’s something that the coaching staff has always talked about in training, being a good attacker and also doing your work defensively,” Savarino said. “It’s also something that I worked on with the Venezuelan National Team, so that I can be a more complete player.”