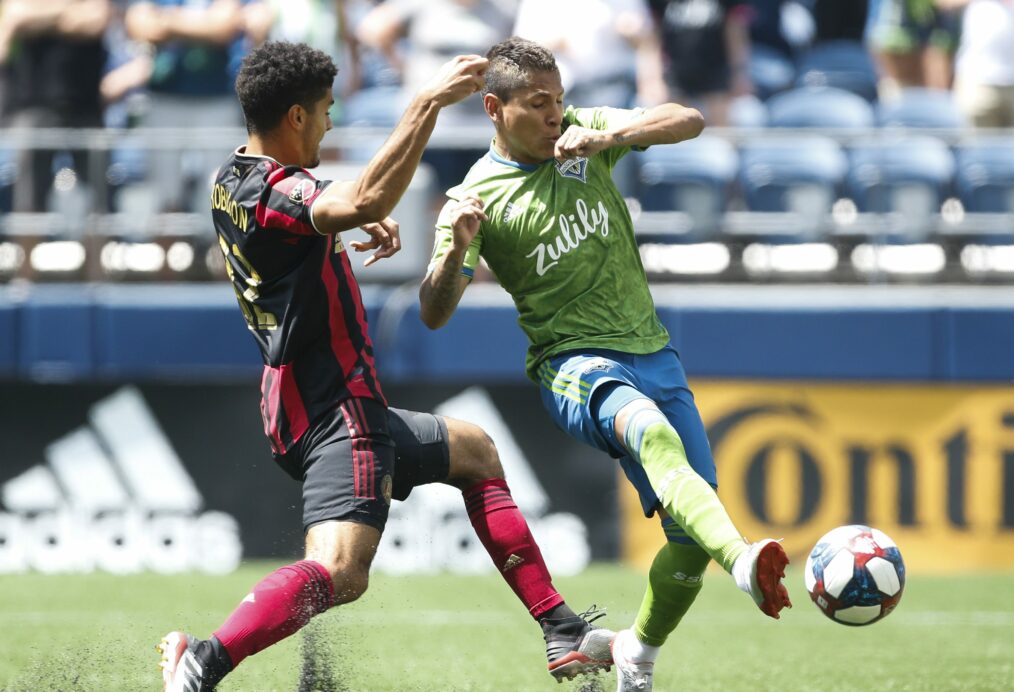 The first of two MLS matches on Sunday had the Seattle Sounders playing host to defending MLS Cup Champions Atlanta United at CenturyLink Stadium. Brian Schmetzer’s side took the spoils with a 2-1 win and bounced back from last week’s frustrating road loss at NYCFC.

The Sounders looked vibrant and more likely in the first half as the teams battled back and forth with the likes of Jordan Morris, Cristian Roldan, and Raul Ruidiaz inserted back into the starting XI.

Fresh off his Copa America Final appearance with Peru, Raúl Ruidíaz created his own chance in the 58th minute for his seventh goal of the campaign. Roldan was credited with the assist but Ruidíaz fooled a defender and Atlanta goalkeeper Brad Guzan with some crafty play.

Josef Martinez responded triumphantly for Atlanta, rising above the line to bury a corner via header in the 65th minute to equalize.

The Sounders hit back though as Nicolás Lodeiro and Jordan Morris worked together to find an isolated Harry Shipp who headed in the eventual game-winning goal in the 72nd-minute.

Despite the introductions of Brandon Vazquez and Emerson Hyndman off the bench, Frank de Boer’s side could not grab a point in the end.

The win moves the Sounders up to second in the Western Conference, while Atlanta hangs on to third in the East.

Getting credit for being involved in both goals, Christian Roldan’s return to club play helped Seattle greatly against a tough opponent.

Harry Shipp’s clincher in the 72nd-minute sealed the deal for Seattle.

After spending the week in the headlines negatively, Gonzalo “Pity” Martinez failed to help his own cause aside from assisting Martinez’s header via corner. Pity was offside on what would have been a scoring play in the 50th-minute.