Sargent: I am possibly in the form of my life 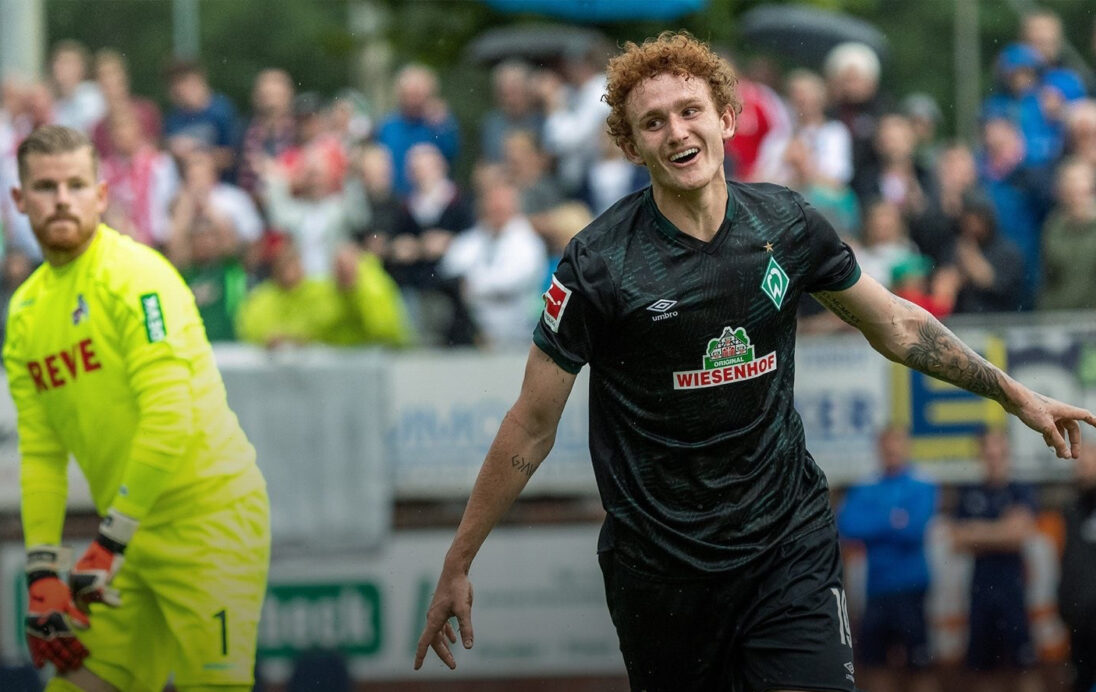 Josh Sargent was one player who got a head start on domestic preseason preparations after being left off Gregg Berhalter’s U.S. Men’s National Team roster for the 2019 Concacaf Gold Cup.

Despite the disappointment of not playing a part for the USMNT this summer, Sargent has made the most of his time with Werder Bremen.

Sunday saw Sargent score in his second-consecutive preseason friendly for Bremen in a 1-0 win over FC Koln. It was a clinical finish from Sargent after never giving up on the play, and fighting his way into the box.

“Definitely not used to playing games like that, but I had to make the most of my opportunity today and I think I did just that,” Sargent said. “I am very happy. It was very physical and hard for us to break through the lines through the game. Luckily we were able to find a goal at the end of the game.”

When his chance came, @joshsargent was determined to take it ⚽

It was some winning goal from the American against Köln yesterday 🇺🇸#werder pic.twitter.com/D05VQBTv25

“Obviously the starting line-up is my goal. I’m happy with how things have been going and with my goal [against Koln]. We’ve been working hard on things in training, and I’m possibly in the form of my life. It’s only been a journey in Germany so far for me. Hopefully it can continue.”

After scoring seven goals in 12 appearances with Bremen II last season, Sargent made his Bundesliga debut and scored 87 seconds after stepping onto the pitch for the first team. He would tally one more goal in nine additional appearances for Bremen, but struggled to find the field in the final months of the season.

The 19-year-old Missouri native is now gearing up for his first full season with Bremen’s first team. Florian Kohfeldt’s side just missed out on European qualification after finishing eighth in the Bundesliga in 2018-19, one point behind Eintracht Frankfurt. Sargent’s strong preseason however is giving Kohfeldt something to be excited about as Bremen are three weeks from their domestic opener, a trip to Atlas Delmenhorst in the German DFB Cup.

“Josh is unbelievably clinical when he gets in the opposition box,” Kohfeldt said postmatch. “He’s been working really hard and is in fantastic shape, which is great for him and us, but he’s not without competition in attack.

“In terms of the goal on Sunday, Josh simply did brilliant.”