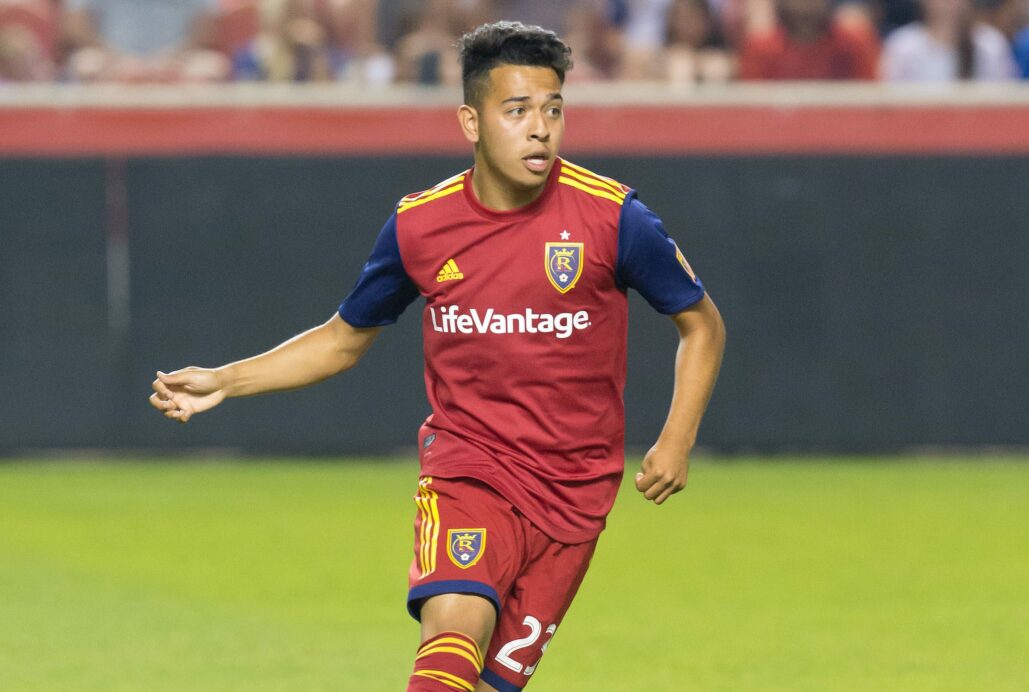 The latest competition between MLS and Liga MX teams will get underway on Tuesday night with the start of the Leagues Cup. Naturally, with it will come plenty of discussion as to the differences between the two leagues and why MLS continues to trail behind its Mexican counterpart in the sporting aspect.

One American with firsthand experience in both leagues that will competing in the tournament has a theory as to why.

Despite being just 22-years old, Real Salt Lake midfielder Sebastian Saucedo has spent time playing professionally in both the United States and Mexico. The midfielder that is likely to feature in this inaugural edition of the Leagues Cup, has seen what MLS and Liga MX each have to offer after previously spending part of 2016 on-loan at Veracruz, and believes MLS could do with having promotion and relegation implemented.

“It was crazy because seeing that we would fight relegation, that the club was fighting relegation, and every game was a final,” Saucedo, who is likely to feature in the inaugural Leagues Cup, told SBI earlier this season. “I would see teammates crying, teammates fighting. It was an atmosphere where if I didn’t win a game, you’d get paid but it would take some time. For me to experience that at such a young age made me realize that here in the MLS us players, or at least I feel like some of us, take things for granted because we have everything to be successful.

“When a team gets last in the standing, they’re like, ‘Okay, well we still have next year.’ I think that’s something that’s a difference between the leagues where if we had that, that kind of second division type of thing and relegation, then there’d be more heart, there’d be more fighting for things. It means a lot.”

The absence of promotion and relegation is a hot topic in American, and Canadian, soccer circles, but the conversation is a complex one. That said, most leagues around the world implement the system or a variation of it. MLS, meanwhile, does not.

Many fans and members of the media believe that is part of what is holding the league back from really taking off and increasing in quality, with the argument being that matches over the course of the season do not matter as much to clubs, players, and supporters.

“After (winning Copa MX), what I only remember is getting food with my family — because I flew out my family — and I couldn’t eat comfortably because there were fans and they wouldn’t leave me alone,” said Saucedo. “It’s not a bad thing. I loved it and it was just crazy. I was only a 16-, 17-, 18-year-old and I was like, ‘Wow, this is crazy.’ I was just eating and taking picture after picture. It was just crazy.”

Saucedo is a candidate to see the field on Wednesday night when RSL welcomes Tigres UANL to Rio Tinto Stadium for their Leagues Cup quarterfinals bout. Whether he does so depends on the approach the MLS side takes with its lineup.

Regardless of if he suits up or not, Saucedo is sure to have flashbacks of his time south of the border when the ball gets rolling between teams from two of the professional leagues he has played in.

“I won the first cup in (Veracruz’s) history and you don’t understand how much it meant to the fans, to the club,” Saucedo said. “It was incredible. I felt like at the end of this loan, I was remembered forever because this was history. I kind of took the difficult moments, the worst moments and brought them here.”

“This is the year that has made me realize what I have and I can’t give up because I have my paycheck every 15 days. (Some players in Mexico) don’t. It went by games. It was a crazy experience.”