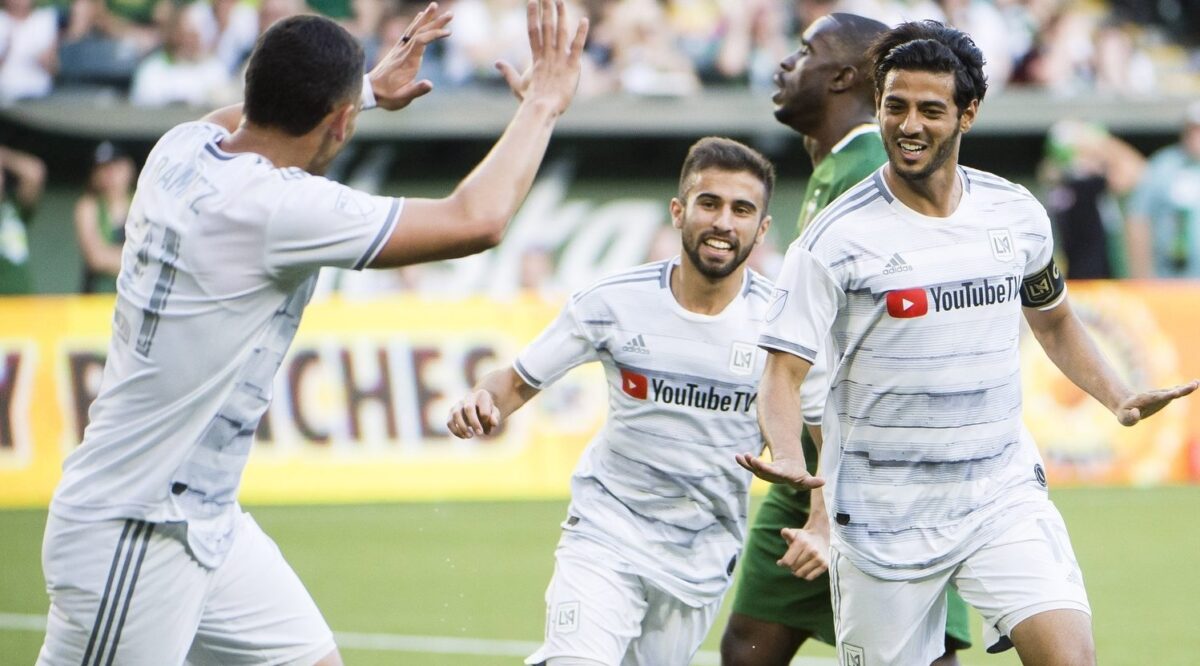 It’s almost impossible to predict who will come out on top this December when MLS crowns its next champion. Still, we have a good sense so far of who will be in the playoff race later this fall as we sit close to five months down this 2019 regular season.

Most Valuable Player, Coach of the Year, Newcomer of the Year, and Rookie of the Year are just a few of the awards chosen by Henry Jr and Reed as the teams continue through the early stages of the second-half of the regular season.

Here’s a closer look at the picks made:

Carlos Vela made a big splash in 2018 in MLS and has followed up nicely for the current league leaders, LAFC. Vela has put in several stellar performances for Bob Bradley’s side this season and oh yeah he still has several matches left to play this season. Vela could easily break Josef Martinez’s single-season goalscoring record if he continues at his pace.

There’s a case to be made for another player in Los Angeles, but Vela has been nothing short of spectacular this season for the league leaders. He’s on pace to break Martinez’s single-season goalscoring record, while LAFC as a team could easily surpass 70 points in 2019.

The Philadelphia Union stayed committed to head coach Jim Curtin, and it has paid off big time so far. Philadelphia currently leads the Eastern Conference and is on pace to not only make the playoffs, but break last season’s club-record for points. Despite the losses of David Accam, C.J. Sapong, Keegan Rosenberry and Borek Dockal, the Union have continued to pick up points and stay atop the East.

The Earthquakes had their share of struggles at the beginning of the season, but Almeyda has the former MLS Cup champions confident and unbeaten in nine of their last 10 matches.

Minnesota United have gotten strong first-half performances from several players this 2019 season, but Hassani Dotson has probably been the most surprising. The 21-year-old has made 13 appearances for the Loons, scoring two goals and playing well defensively to continue earning starts under Adrian Heath.

The Rapids’ defensive struggles have cost them a chance at being competitive in the West, but Shinyashiki has proven to be a major bright spot for the club in his debut season with four goals.

Orlando City may be on the outside looking in, but Nani’s arrival to the club this season has helped them get to the point where they are at. The 32-year-old Portuguese attack has eight goals and four assists in league play, giving James O’Connor a confident option up top.

The loss of Sebastian Giovinco was always going to sting for the 2017 MLS Cup champions, but Pozuelo has eased the blow significantly for Greg Vanney’s side. With nine goals and eight assists thus far, the Spanish Designated Player has proven to be worth the money spent.

LAFC has gotten a lot from their attacking players, but Mark-Anthony Kaye has helped on both sides of the ball. The 24-year-old Canadian has seen his numbers improve in his second season with the club, while putting in a lot of defensively to allow Carlos Vela, Diego Rossi, and others to do their thing offensively.

In the absence of Bradley Wright-Phillips at moments, White has filled the striker role admirably for the Red Bulls. The second-year development product has provided the club of a glimpse of what could be once BWP is no longer in the fold.

Gonzalo “Pity” Martinez’s arrival to Atlanta United was looked at to help ease the loss of Miguel Almiron. Sadly, Frank de Boer has yet to get the best from his Argentine playmaker who has been a major disappointment for the defending MLS Champs.

The “what a pity” jokes have been way too easy this season for the reigning South American Player of the Year. Simply put, Martinez has struggled mightily to adapt to life in MLS, and Miguel Almiron’s presence has been missed.

With plenty of last season’s team remaining, the Earthquakes are thriving under new head coach Matias Almeyda. Currently fifth in the West, San Jose are playing with a backbone this season and not afraid to line up against any team in MLS. Cristian Espinoza and Jackson Yueill have been two impressive performances for the team this campaign.

The Union have backed up last season’s run into the playoffs with another powerful showing in 2019. The Eastern Conference leaders, led by German striker Kacper Przybylko, have seen an infusion of youth in the squad create positive results, and Jim Curtin deserves a ton of credit for that.

Caleb Porter’s arrival to Columbus was expected to give the Crew an experienced head coach with a winning background. Sadly, it hasn’t gone that way for the Eastern Conference club. Despite their recent win over Montreal, the Crew are second-from-bottom in the East and are not showing any signs of improving. I think its safe to say that if they miss the playoffs, Porter may be on the way out.

Head coach Peter Vermes and his side have been out of sync since the opening game of the season, and despite only being five points out of the Western Conference playoff race Sporting hasn’t been able to consistently grind out results.