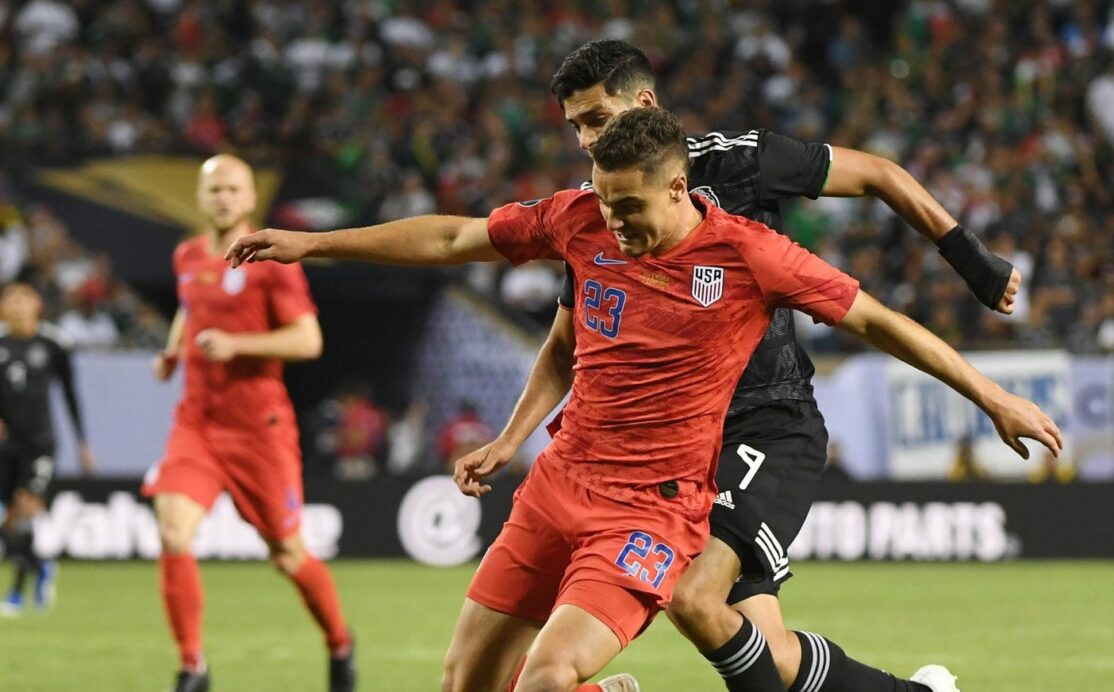 The U.S. Men’s National Team fell to rivals Mexico 1-0 on Sunday night, losing to El Tri for the fifth time in the final.

While the USMNT got punished in the second-half, one player that did put in a strong performance was Aaron Long. The centerback had a tough task dealing with El Tri striker Raul Jimenez and made him ineffective in front of goal.

Long’s performance earned him SBI USMNT Man of the Match.

While the USMNT defended heavily in the second-half, Long did not let the Wolverhampton Wanderers striker beat him one-on-one. Jimenez failed to have much of an impact when shooting towards goal, something he had success in earlier this tournament.

Long’s stock continued to rise for Gregg Berhalter as the team now heads into break. They will be back in action this Fall for the inaugural Concacaf Nations League.

What did you think of Long’s performance? Where would you rank him on the centerback depth chart with every player healthy? Do you expect to see Long starting for the USMNT come Nations League?