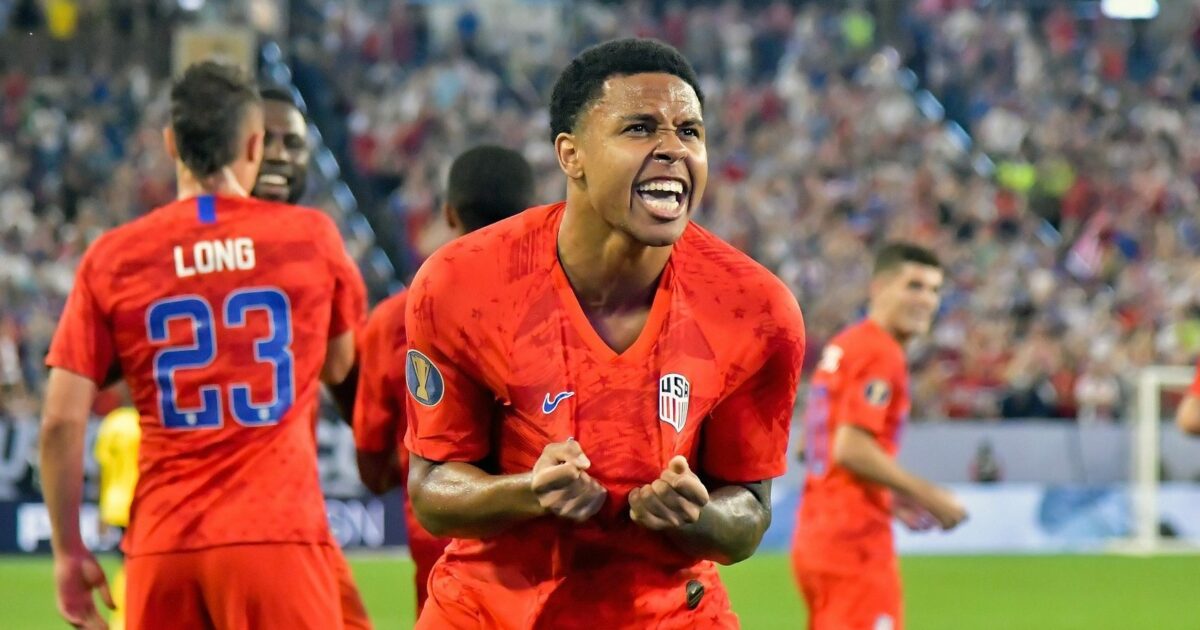 Weston McKennie was a live wire for the U.S. Men’s National Team on Wednesday, helping it book a place back in the Concacaf Gold Cup Final.

McKennie scored the first goal before assisting on the USMNT’s eventual winning goal in a 3-1 semifinal win over Jamaica. His performance earned him Man of the Match honors.

McKennie netted his second goal of the Gold Cup, slicing through the middle of the Jamaican backline and roofing a shot past Andre Blake. It was a clever run from the Schalke man who made zero mistake in front of goal.

The 20-year-old’s beautifully placed pass for Jordan Morris set up the USMNT’s second goal. Morris’ shot was saved by Blake but Christian Pulisic would follow up with a rebound goal.

McKennie continued to track a lot of ground for the USMNT on the evening, dealing with Jamaica’s talented midfield.

The USMNT added a third goal late in the match to preserve the win.

McKennie beat out Pulisic and Michael Bradley for MOTM honors.

What did you think of McKennie’s performance? Do you think this was his best showing yet in the Gold Cup? What more do you hope to see out of him?