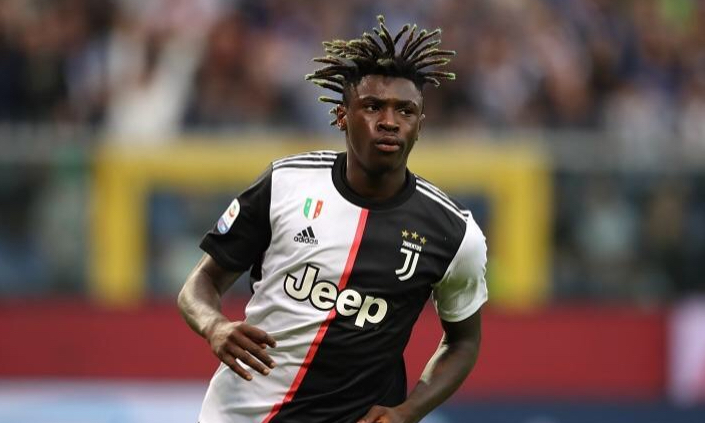 Juventus have brought in a number of players during this transfer window. Notably, Aaron Ramsey, Adrien Rabiot, Gianluigi Buffon, and Matthijs de Ligt have all joined the side. Now they are looking to offload a promising young forward in Moise Kean.

Everton are reportedly set to sign 19-year-old Juventus forward Moise Kean on a permanent transfer. The deal has been valued up to £36m. (REPORT)

Arsenal are reportedly close to completing the signing of Ivory Coast winger Nicolas Pepe from Lille for £72m, a club record. If completed, Arsenal would beat out Napoli and Premier League rivals Manchester United for his services. (REPORT)

Chelsea have permanently banned a fan from Stamford Bridge due to their use of racist and abusive language during a match versus Manchester City in December. (REPORT)

Fans in South Korea are planning to sue Cristiano Ronaldo on grounds of “mental anguish,” as he did not appear in Juventus’ preseason friendly in Seoul earlier this month. (REPORT)

Leicester City defender Harry Maguire has voiced concerns that his club is setting an unrealistic price target for him, potentially jeopardizing his dream move to Manchester United. (REPORT)

With FIFA 20 set release in two months, it has been announced that Real Madrid manager Zinedine Zidane will be on the cover of FIFA 20 Ultimate Edition and receive a FIFA Ultimate Icon card. (REPORT)

According to his father, Arsenal defender Shkodran Mustafi has had no contact with AS Roma. (REPORT)

AC Milan forward Patrick Cutrone has joined Wolves in a deal reported to reach £20m. The Italian international joined AC Milan as a boy, and the move will mark his first time leaving the club since then. (REPORT)

Chelsea defender Davide Zappacosta is open to leaving the club and returning to Serie A. (REPORT)