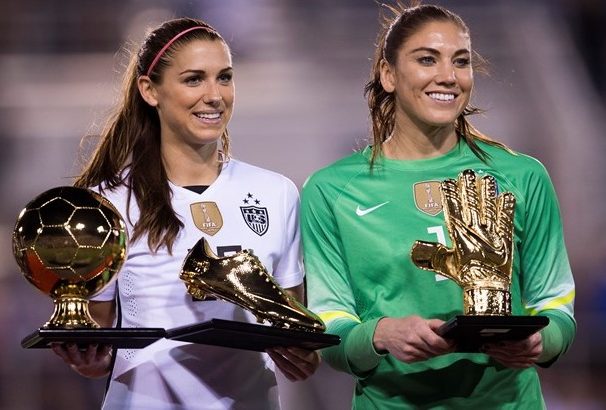 Hope Solo is not going to be a part of the U.S. Women’s National Team’s fight for equal pay.

On Monday, U.S. Soccer and the USWNT rejected Solo’s request to join the mediation, despite the goalkeeper pitching her beliefs earlier this month. Solo believed that the 28 past and present members would need her involvement in order to withstand intimidation presented by the opposition.

USWNT forward Alex Morgan played down Solo’s pitch, admitting the group didn’t need Solo’s involvement to achieve the goals they are striving for.

“It is regrettable that Solo has chosen to challenge the fortitude of the Morgan Case Plaintiffs to adequately represent the class,” Morgan’s motion said.

“The Morgan Plaintiffs are all World Champions who have proven that they bow down to no one and are relentless advocates of equal pay. They would only propose a class settlement if they believed it achieved their equal pay objectives under the law and was in the best interests of the class, a determination that would then have to be approved (by the court)… for any settlement to go into effect. With all due respect, they do not require Solo’s assistance to achieve these objectives.

“Solo’s claim that members of the USWNT will not have the strength and fortitude to resist ‘intimidation and fear tactics’ and protect the interests of the putative class is regrettable and has no basis in fact,” the motion said.

The USWNT filed a lawsuit in March in regards to “institutionalized gender discrimination” and equal pay. Despite winning its fourth World Cup title this past summer in France, the USWNT has made less than the U.S. Men’s National Team.

Solo and the USSF have agreed to a separate case of mediation after the 37-year-old filed her own lawsuit in regards to equal pay dispute last year. Solo was terminated from the team in 2016.