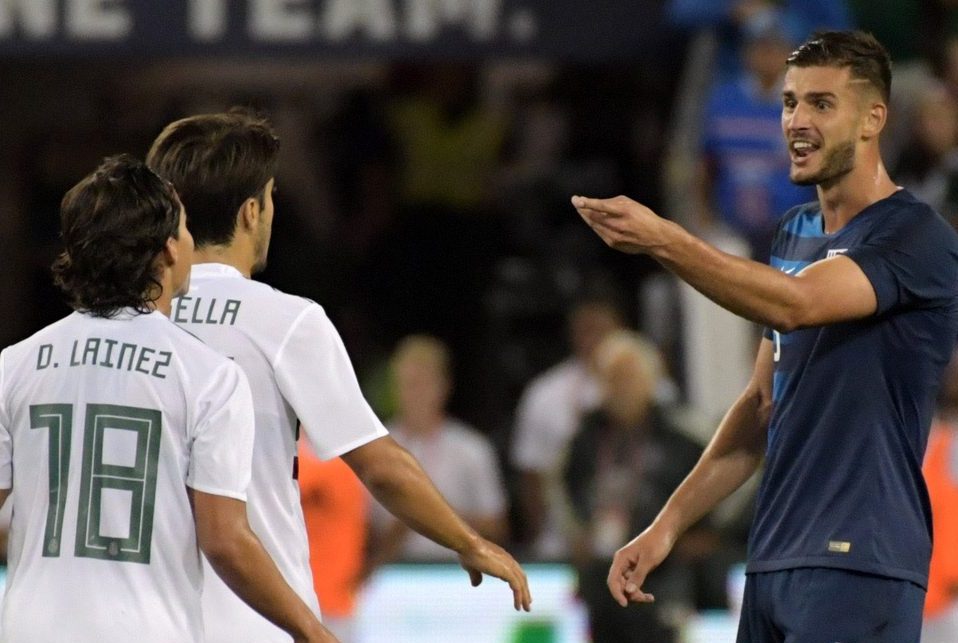 The U.S. Men’s National Team are 90-plus minutes away from lifting its seventh CONCACAF Gold Cup title of all-time.

Sunday’s showdown in Chicago will bring extra motivation as well, being that rival Mexico is lining up across from Gregg Berhalter’s team.

It will be the sixth all-time finals meeting between the USMNT and El Tri, with Mexico holding a 4-1 advantage. However, the USMNT are coming into the final off a comfortable 3-1 win over Jamaica, while Mexico needed a late penalty kick to defeat Haiti in the semifinals. Regardless, it will be an exciting match from Soldier Field as both national team head coaches try to win their first trophies in their new positions.

“I think it brings a lot of excitement, we’ve envisioned ourselves playing on July 7th and hoisting the trophy,” USMNT defender Matt Miazga said. “We’re 90 minutes away from that, we’re looking forward to it and we just have to go out and do our job if we want to go home with the trophy.

“At the end of the day you have to focus on ourselves. You cannot control who you play so we just have to focus on our strengths and show we’re ready. I don’t think it matters on who we end up playing if we take care of what we need to do. Hopefully we get the win in the end.”

It will be the first meeting between the two sides since a 1-0 USMNT friendly win over El Tri in Nashville in Sept. 2018. Tyler Adams scored the game-winning goal that day, but will play no part in Sunday night’s contest. It will be the latest installment of CONCACAF’s biggest rivalry, one that is expected to continue with Berhalter and Tata Martino leading the charges of the respective teams.

“We’re excited, it’s a great opportunity for us to play in a final against a rival like Mexico but I think we’re ready for the challenge,” USMNT forward Jordan Morris said. “It’s all about winning the trophy at the end of the day,” Morris said. “It’s going to make things interesting playing against a side like Mexico for the title, but we cannot let that affect us on the field and in our play.”

Berhalter made a few lineup changes against the Reggae Boyz, starting Reggie Cannon, Jozy Altidore and Morris for the second time this tournament. He also gave Miazga his first start this Gold Cup, coming in for Walker Zimmerman to pair with Aaron Long. Miazga was one of six guys who played against El Tri last September, that are on this current Gold Cup roster.

Miazga was a lively figure in that contest, getting into a scuffle with Mexico’s Diego Lainez and Edson Alvarez. The 6-feet-5 centerback most notably compared the two players’ height difference in the confrontation, but had the final laugh as the USMNT walked away winners that night. Whether or not he gets the nod again on Sunday, Miazga is hoping that he can be an influence to the team in what will be the Gold Cup final a lot of fans expected.

“I’ve had good conversations with Gregg before the tournament and at the end of the day it’s a team effort,” Miazga said. “My name was called upon and I was ready for the semifinal. Hopefully if I get the opportunity to start then I can show that I am ready. I am a team player and I just want to help get the team buzzing and ready for a win.”