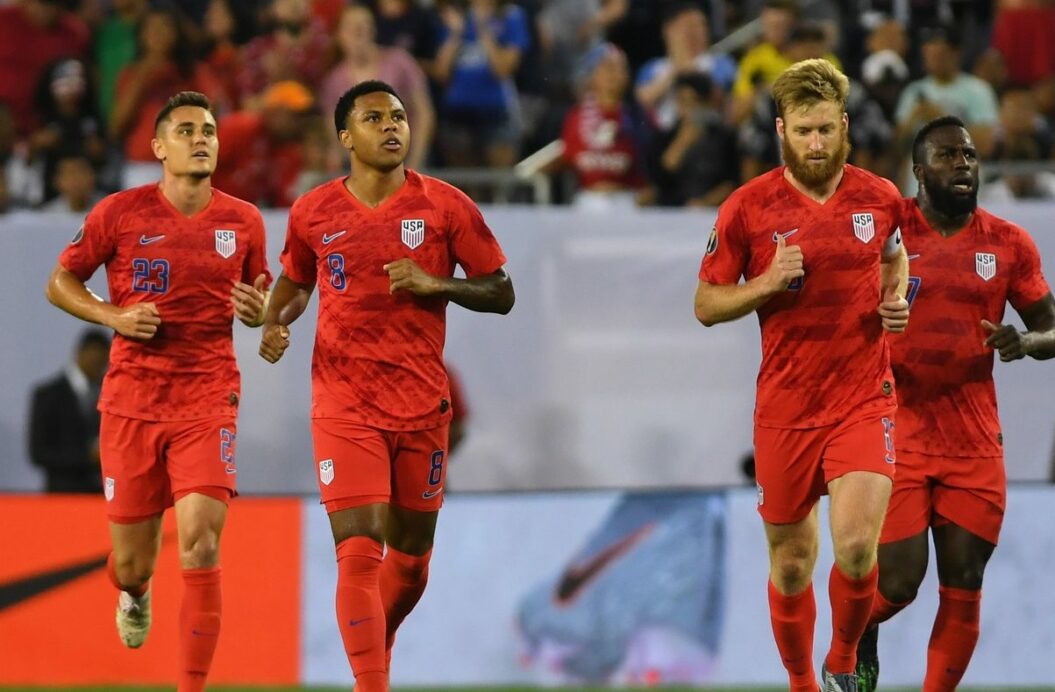 The opportunity for the U.S. Men’s National Team to win its first competitive trophy under Gregg Berhalter comes on Sunday against the team’s biggest rival.

For the first time since 2011, Mexico and the USMNT will meet in the CONCACAF Gold Cup final after rolling through the competition.

It will be the first meeting between Berhalter and Tata Martino on the international stage, a clash that could be the first of many for years to come. For the USMNT, it is the toughest opponent they will face this Gold Cup, but it’s a challenge they need to overcome to take the next step forward together.

“The first thing is that we are focused on winning the Gold Cup and Mexico is in our way of achieving that,” Berhalter said. “The rivalry side of that its a game that as a player or coach you want to be a part of. We are going up against a good opponent, it will be a great atmosphere in the stadium I have no doubt about that.

“I think Mexico is a great team, I’ve been saying from even before the tournament that they are a very good team. They’re very strong, well-coached, a good team model and I like the players they have. They have good versatility and have talented players.”

After what seemed to be a hiccup in early June after back-to-back friendly losses, Berhalter has seen his side rise to the occasion this Gold Cup. Five consecutive wins, including a recent 3-1 semifinal victory over Jamaica on Wednesday sets the USMNT up to claim its seventh all-time Gold Cup title, which would tie them with El Tri for the most.

Not only has the team continued to advance in the competition, but they’ve seen numerous players step up to the plate when called upon. Christian Pulisic and Weston McKennie have continued to develop into key figures for the team on both sides of the field, Zack Steffen has made clutch saves when he needs to, and Michael Bradley has resumed being a key veteran both on and off the field. Now the USMNT will need to use its talent to break down El Tri, a side who has been tested in wins over Costa Rica and Haiti in respective matches.

“Everyone can talk about who the favorites are, but for us, it’s about how we can beat them” winger Paul Arriola said. “There’s gonna be another element it to it because it’s a rivalry and final mixed together. We just have to focus on ourselves and be prepared for a tough 90 or 120 minutes.”

“I consider Mexico to be the favorites, when you are going into a one-off game anything can happen,” Berhalter said. “We believe in our team, we have a good team. Likewise, for Mexico, I think they are equally as good. It’s going to be a good game for both teams, we know how they can hurt us and how we can hurt them. Now it’s about doing it on the field.”

The match will be played in front of a sold-out crowd at Chicago’s Soldier Field. It will also come after the final of the 2019 FIFA Women’s World Cup, in which the U.S. Women’s National Team will take on the Netherlands aiming for its second consecutive World Cup win. Should both the USMNT and USWNT do its jobs, it could finish as one of the most successful days in U.S. Soccer’s recent history

“This is an opportunity to be Soccer Day in America,” Berhalter said. “The opportunity for the Women to win the World Cup is good to see then you can go party for a few hours and rest before watching the Gold Cup final.”

Sunday’s match in Chicago will be the sixth all-time Gold Cup final between the two sides, with Mexico holding a 4-1 advantage.