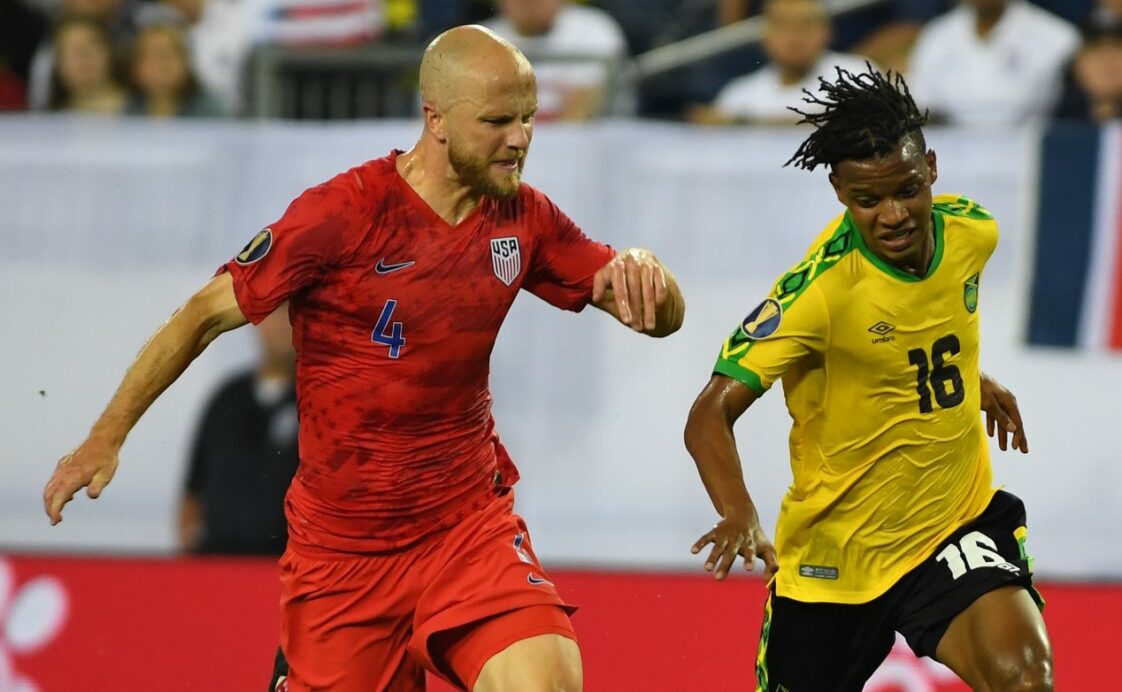 The U.S. Men’s National Team had to listen to a lot of critics after a sloppy quarterfinal win over Curacao. Three days after that 1-0 win, Gregg Berhalter’s side raised its level in Nashville to defeat Jamaica and book a date with Mexico in the 2019 Concaaf Gold Cup Final.

A 3-1 win over the Reggae Boyz at Nissan Stadium was miles better than the win over Curacao, which once against saw Christian Pulisic and Weston McKennie star for the USMNT. Pulisic scored a pair of goals while McKennie scored the opener, while putting in a strong all-around performance against the most-dangerous team yet the USMNT have faced this Gold Cup.

“I’m super excited to have a final against Mexico, it’s a game that a lot of us wanted so it’s good that we have a chance at it,” Pulisic said. “It was tough for us to come back after the lengthy delay after I thought we started really strong. In the end we got the goals we needed and now we’re onto the final.”

The team not only had to deal with a pesky team like Jamaica, but they had to wait 88 minutes to get back onto the pitch after a lightning delay. McKennie’s opening goal gave the USMNT a deserved halftime lead and after the break, Pulisic showed his ability with two goals separated by 35 minutes.

Shamar Nicholson pulled a goal back for Jamaica after the hour mark, but the USMNT finished the match out after having chances to do so prior to Pulisic’s second finish of the night. Zack Steffen made three saves on the night, despite conceding his first goal of the tournament while Michael Bradley, Reggie Cannon, and Tim Ream all did well alongside Pulisic and McKennie.

“We were on a two-day rest from the last game, it was very hot and humid out there tonight, but the guys did a great job of coming out with a good intensity,” Berhalter said. “As the game went on both teams got a little heavy, but we were able to control the tempo as the game went on and that helped us close it out.”

“Some other guys stepped up as well like Reggie Cannon coming in for his second game of the tournament and wasn’t really phased by the opponent. Zack Steffen conceded his first goal of the tournament, but still had a strong night even after that. Guys like Christian and Weston who have a good mentality and solutions for things. Veterans like Tim Ream who put in a good performance, and Michael and Jozy who led by example.”

Sunday’s final in Chicago will be the first Mexico-USA final since 2011, won by Mexico 4-2 on that day. It is a clash Concacaf’s two biggest titans and the first since both Berhalter and El Tri boss Tata Martino took over as respective head coaches.

Mexico used a late penalty-kick goal from Raul Jimenez to edge Haiti 1-0 in their semifinal matchup on Tuesday, and have been tested every match since a 7-0 thrashing of Cuba on Matchday 1. Martinique, Costa Rica, and Haiti all gave El Tri their best and the USMNT will try to repeat as champions with a sixth-consecutive win this tournament.

“They [Mexico] are better than Jamaica, I’ve said it all along that Mexico is a good team,” Berhalter said. “We’ve already started preparing, started watching them the last couple of days. Good team, quality days and good overall concepts. They can hurt teams, but they are also vulnerable as well and we will try to do that.”

“We’ve talked about our goals from the beginning and one of them was to win the Gold Cup. It’s good for the team to have that confidence against a rival and we now have a chance to continue achieving our goals this weekend.”