Who Should the USMNT Start vs. Jamaica? 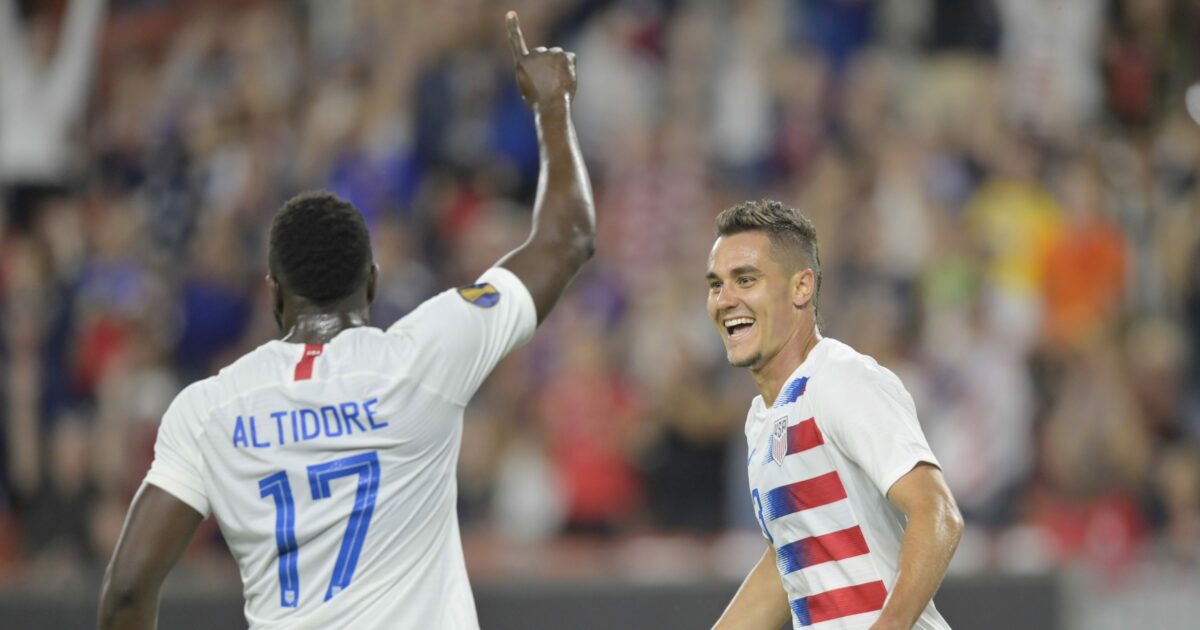 Gregg Berhalter’s side is coming off a sluggish performance against Curacao in the quarterfinals and now faces Jamaica in Nashville in hopes of booking a place in July 7th’s final. This will be the third-consecutive Gold Cup these sides will be meeting in the knockout stage as they’ve rotated wins over the past four years.

Berhalter went back to his starting XI that won on the first two matchdays against Curacao, but changes could be in the future after several players did not do well. Christian Pulisic, Weston McKennie, and Zack Steffen excelled against the Concacaf minnows, but other players could force their way into Berhalter’s XI for Wednesday.

Here’s a closer look at one USMNT lineup Berhalter could go with Wednesday night:

Zack Steffen’s biggest moment of the Gold Cup so far helped the USMNT avoid any slip-up against Curacao. His huge save on Leandro Bacuna in the dying moments at Lincoln Financial Field saved the USMNT from not only allowing its first goal in the tournament so far, but also avoiding any possible extra time or shootout.

Nick Lima and Tim Ream will continue to start at the wingback positions until they prove they shouldn’t do so. Both players have gone under-the-radar this Gold Cup and will have tough tasks on Wednesday, dealing with the pace and skill of Jamaica’s forwards. Whatever side Leon Bailey ends up on will be the toughest matchup on the field.

Walker Zimmerman has continued to excel this Gold Cup and will once against pair with the feisty Aaron Long. Shamar Nicholson and Dever Orgill will be the likely duo to start up top, while Darren Mattocks can also be tossed onto the field by Jamaica. All three will try to use their physicality against Zimmerman/Long so the center backs will need to stand their grounds on Wednesday.

Michael Bradley was stretched by Bacuna on Sunday and will need to be strong defensively against Jamaica’s playmakers. He may be asked to sit deeper in this match to avoid being caught out upfield when Jamaica tries to counter-attack.

Christian Pulisic is coming off his best two-way performance of the Gold Cup so far, assisting on the lone goal against Curacao. Not only did Pulisic put his pass on a dime for Weston McKennie to head in, but he covered a lot of ground and did not show any signs of giving up despite fatigue. He will have to deal with Jamaica’s defensive midfielders harassing him all night, but he should be ready to have another strong offensive performance.

McKennie was also stretched against Curacao and will need to put in a strong defensive performance. Not only can he help in attack, but the Schalke man can cover a lot of ground if Jamaica holds plenty of possession. He may be asked to one-on-one mark Bailey if his Bundesliga counterpart is put in a more central position.

While Paul Arriola and Tyler Boyd bring flashes of pace and attacking skill to the mix, Arriola is the more likely to keep his spot. He will need to create chances whether it is with shots himself, or by setting up his teammates. Boyd has been quiet of late and would provide a better chance off the bench in this one. Jordan Morris has experience against Jamaica and brings freshness to the starting XI and possibly some new ideas than Boyd.

Gyasi Zardes recorded two shots on Sunday and was ineffective for the most part. Despite scoring three goals in the opening two matches, Jozy Altidore is well-rested and should get the nod over Zardes. Altidore brings physicality to the mix and a better eye for goal than Zardes and deserves a shot to prove himself in the knockout round.

Zardes and Boyd are two options off the bench if changes are needed to score a goal.

What do you think Wednesday’s score will be? Who would you like to see start in attack? Is Altidore a better option against Jamaica than Zardes?