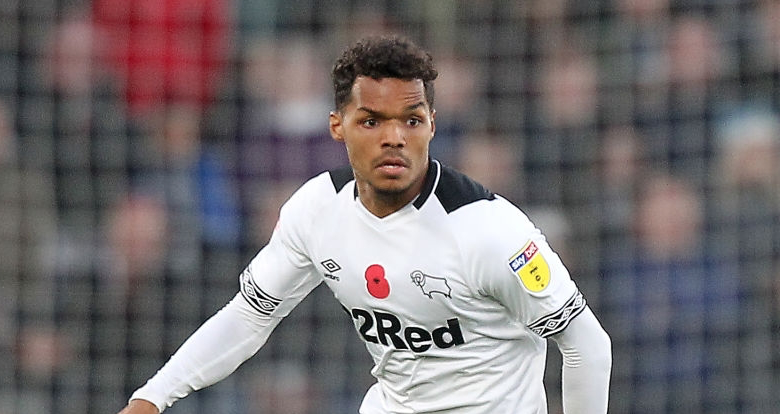 Duane Holmes has yet to take the field under new Derby County boss Philip Cocu, but the USMNT winger could play a part in his side’s Carabao Cup tie vs. Nottingham Forest on Tuesday.

Holmes made his second appearance for Derby’s U-23’s last week in a 2-1 win over Tottenham. He scored a goal and added an assist in a 66-minute performance as he tries to work his way back to full fitness. Cocu admitted Monday he isn’t sure Holmes is ready for a 90-minute performance just yet, but the speedster could be used in the Rams date with their fellow Championship opponents midweek.

Elsewhere, Timmy Chandler and Eintracht Frankfurt host Strasbourg in the second leg of their UEFA Europa League qualifying tie. USMNT prospect Sergino Dest and Ajax take on Apoel Nicosia following a scoreless first leg last week. Cameron Carter-Vickers and Stoke City take on Leeds United for the second time in a week, while Lynden Gooch and Sunderland face a trip to Burnley in the Carabao Cup.

Here’s a closer look at who the foreign-based American pros will be facing this week:

Matt Miazga is OUT (INJURY) for Reading.

Eric Lichaj is OUT (INJURY) for Hull City.

DeAndre Yedlin is OUT (INJURY) for Newcastle United.

Timothy Weah is OUT (INJURY) for Lille.