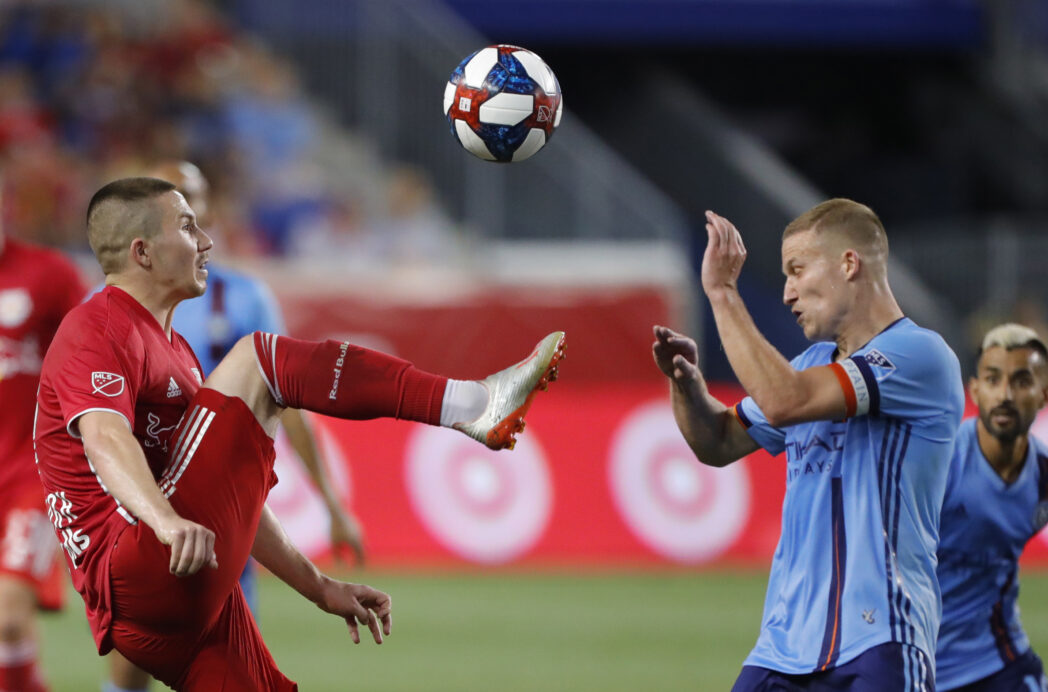 It’s still a young rivalry, but the Hudson River Derby has quickly become one of the must-watch derbies over its first five seasons in Major League Soccer.

Since 2015, New York City FC and the New York Red Bulls have met at least twice a season, and on Saturday night the two Eastern Conference rivals will meet once again at Yankee Stadium.

The Red Bulls have been dominant in the series, winning nine of their 15 previous matchups. NYCFC has won on four occasions, with the other two fixtures ending in ties.

However, the countless stars and storylines involved in these matches have made for some incredibly intriguing games over the years.

With the latest installment on the horizon, it’s time to take a look back at five of the most memorable moments in the Hudson River Derby history.

Not one, but two Dax McCarty headers. A Bradley Wright-Phillips bicycle kick. It was the perfect storm for the Red Bulls, who concluded their fourth game against NYCFC with seven goals on the scoresheet.

The final scoreline of 7-0 remains tied for the largest margin of victory in MLS history.

It was only fitting that David Villa’s first MLS hat-trick would come against the Red Bulls.

It was even more fitting that the former NYCFC captain did so by outshining Wright-Phillips, and ensured that the Bronx side would capture the 2017 New York Derby crown after defeating the Red Bulls twice.

NYCFC’s debut season didn’t feature many highlights, but their first-ever encounter against the Red Bulls was must-watch television.

Despite going behind inside the opening five minutes, both teams battled extremely hard as the national spotlight shined bright on the match.

A red card to Matt Miazga gave NYCFC a chance to control the game, but ultimately BWP proved to be too much in the New York Derby opener — which the striker has proven throughout his MLS career.

That’s how long it took Kaku to open the scoring in May 2018, which saw another dominant Red Bulls team emerge victorious against NYCFC.

The South American followed up on a Wright-Phillips shot that was pushed aside by NYCFC goalkeeper Sean Johnson, and Kaku made sure he wouldn’t miss from inside the box.

It was the ultimate insult after scoring the Red Bulls’ third goal at Yankee Stadium in June 2015.

Former Red Bulls defender Matt Miazga traded in his scoring boots for a make-believe baseball bat and let the 48,000-plus fans in attendance know which team would come out on top.

What is your favorite moment in Hudson River Derby history? Which team will emerge victorious on Saturday night? Will the game end in a draw? Let us know your thoughts in the comments section below.