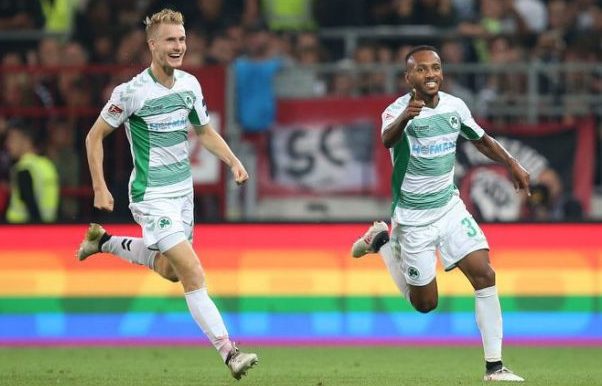 2. Bundesliga side Greuther Furth bounced back with a 3-1 road win on Friday over St. Pauli which saw Julian Green bag his first goal of the new season.

Green registered Furth’s third goal of the match to ice the road win and give his side their first three points of the season.

With St. Pauli pulling a goal back in the 45th minute, Furth knew they had to be weary of the hosts leveling. Green’s magical shot from long range found the top corner in the 70th minute to seal the win.

It was Green’s ninth league goal for the club since joining and a strong start to the season. He also finished with a 95% passing completion rate and six successful duels out of nine in total.

Green’s strong outing is something he will hope to build on as Furth tries to avoid any relegation fights in the bottom of the league table.

The club next faces a trip to Duisburg on Aug. 11th.