Lucas Hernández, Marcus Thuram, and new faces to watch for in the Bundesliga 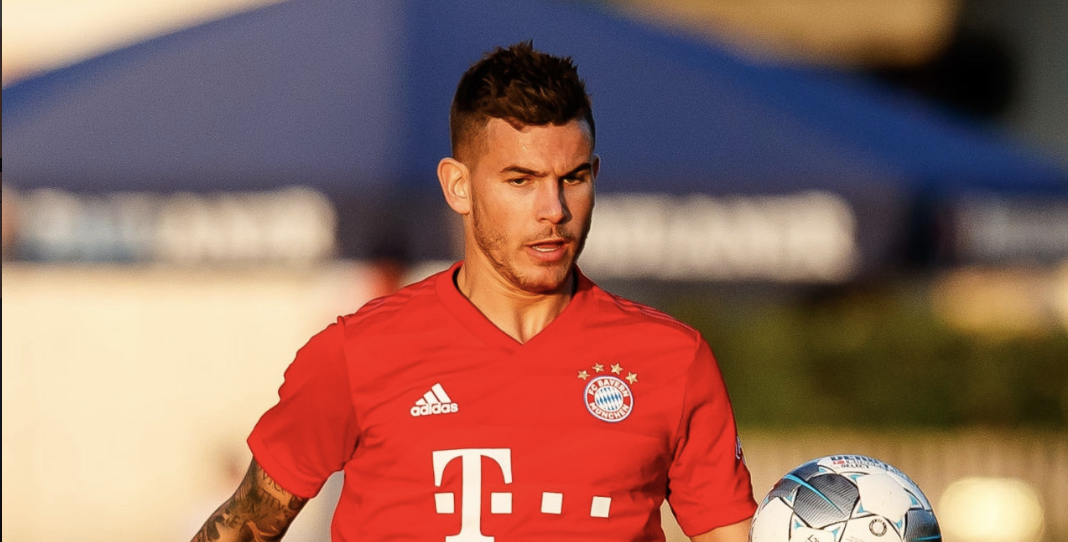 With another Bundesliga season set to kick off on Friday, each of the league’s 18 teams have worked hard over the summer to bring new players in. With that comes players who will be playing in the German top flight for the very first time.

American fans will have their share of new Americans to keep tabs on in Germany, lead by USMNT goalkeeper Zack Steffen, who has joined Fortuna Dusseldorf on loan. Teenagers Giovanni Reyna (Borussia Dortmund) and Ulysses Llanez (Wolfsburg) will also be ones to keep an eye on as potential breakout surprises.

So who are the top newcomers in the Bundesliga this upcoming season? From Bayern Munich to RB Leipzig to Hertha Berlin, here are the new faces to keep an eye on:

Bayern Munich got a majority of their transfer business done early, including the purchase of Atletico Madrid defender Lucas Hernández. The Frenchman joined the Bavarians for £68 million, a club record fee.

The 23-year-old became an integral player at Los Colchoneros where he came off the bench in the 2016 UEFA Champions League Final and started in the club’s 2018 Europe League triumph. In addition, he was a starter for France during the 2018 World Club which they ultimately won.

Hernández’s versatility and quality will make him a true asset for Niko Kovak, providing competition for David Alaba as well as in the center back position.

With Bayern Munich having almost relinquished their strangle hold on the Bundesliga last season to Borussia Dortmund, signings like this one were made to maintain their domestic dominance and to push the team to once again be successful in Europe.

After emerging as one of the top young forwards in the Ligue 1, Marcus Thuram has made the move to the Bundesliga. The French striker has joined Borussia Mönchengladbach from Guingamp for €12 million.

The 22-year-old scored nine goals in the league for his previous club and started two of France’s U-21 European Championship matches this summer. The Foals hope Thuram can help fill the void left by Thorgan Hazard’s departure to Borussia Dortmund. The Belgian had 10 goals and 10 assists in the Bundesliga last season.

For Marcus Thuram, son of World Cup winner Lillian Thuram, this is a big step for his career. The move could prove essential to fulfilling his potential and continuing to make a name for himself aside from being Thuram’s son.

A player going on loan from Chelsea usually isn’t special considering the incredible number of players they have across the world. However, when one of their biggest academy prospects makes a move, it’s certainly one that must be noted.

Wales international, Ethan Ampadu, has been loaned out by the Blues to RB Leipzig. At just an astounding 18 years old, Ampadu has already made huge strides in his budding career. He has made more than the usual first team appearances at such a young age, already making appearances in the FA Cup, EFL Cup, and Europa League, as well as making his English Premier League debut.

In addition to that, he has featured for the Wales senior team since 2017, includeing a few starts in Euro qualifiers and UEFA Nations League group matches.

The young center back has enormous potential and already displays defensive capabilities beyond what his age may suggest. More minutes at a higher level will do wonders for this developing talent. A loan to Leipzig where so many young talents have come and improved looks to be a perfect move for both Ampadu and his new club.

Paris Saint-Germain academy product Christopher Nkuku has left the club and has also joined RB Leipzig. As mentioned previously, the team isn’t afraid to rely on young players and that is once again shown through this signing as the Frenchman cost the Bundesliga club €15 million.

The midfielder has played for PSG’s senior side for the past four season, with his last being his best for the club. The 21-year-old made 22 appearances in the league, starting 13 times, scoring three goals and registering two assists.

With so much midfield competition for the French side with the likes of Marco Verratti, Leandro Paredes, Marquinhos, Ander Herrera, and Idrissa Gueye, the move looks to be a beneficial one for the young Nkuku.

Yet another midfielder from the Parisians’ academy, Moussa Diaby has also made the switch from Ligue 1 to the Bundesliga. The Frenchman moved from PSG to Bayer Leverkusen in a reported €15 million deal.

Diaby previously went out abroad in search of more game time, going out on loan to Crotone fo the second half of the 17/18 season. However, he didn’t feature much for the Italian side and had since begun to feature more prominently with his parent club.

Last season he made 25 appearances in the Ligue 1 alone, scoring twice and recording six assists. Similarly to Nkuku, the competition in the center of the park for the French giants is fierce, making a move to another club with more opportunity to play a sensible one.

Former Manchester City academy graduate Dedryck Boyata, has joined Hertha Berlin following the expiration of his contract with Celtic. The Belgian was unable to win a place in the EPL side’s starting lineup, leading to his move to Scotland.

Playing for the Hoops, Boyota was a regular starter for a team that won an unprecedented number of titles. Through those titles, he became a part of the first team in Scottish history to win three successive domestic trebles, truly showing their dominance in Scotland.

His move to Scotland earned him a number of international caps, including a spot on last year’s World Cup roster. In Russia 2018, the 28-year-old started all of his country’s group games as they topped their group above England. Boyata is expected to continue to be a regular in his nation’s squad, pending how well his move to Hertha Berlin works out of course.

Last season, scoring goals was no issue for Hertha Berlin as they scored 70, the third highest tally in the league. If Boyata can bring more defensive solidity to the team, then pushing for a European place certainly doesn’t like beyond Hertha Berlin.

Another Englishman moving to the German top flight, Jonjoe Kenny has joined Schalke on loan from Everton. After moves from Ademola Lookman, Reiss Nelson, and Jadon Sancho among others, Kenny adds to the growing list of young English talent trying out the waters in the Bundesliga in search of experience in the first team.

The fullback played sparingly for the Toffees last season, featuring eight times in the league. After previous loan spells at Oxford United and Wigan Athletic, this temporary move to Schalke will be Kenny’s first opportunity truly test himself.

At Everton his opportunities were limited given the quality of Seamus Coleman and competition with Cuco Martina and Mason Colgate.

For Schalke, Kenny’s role remains unclear. Prior to the appointment of David Wagner, the club favored a back five with Daniel Caligiuri favored at the right wingback. In this case, Kenny would provide a more defensive alternative to the German. If Wagner prefers a back four, as he did at Huddersfield Town, Kenny would appear to be the favorite for the position given he is the more orthodox player for the right back slot.

Regardless of the formation Wagner elects to employ at Schalke, Kenny will hope to use his time in Germany to further his development and play as much  as possible.

Youth German international, Lukas Nmecha, is another player to go to the Bundesliga on loan from the English Premier League. Manchester City have loaned him out to Wolfsburg for the entirety of the upcoming season.

Nmecha is a forward with bounds of potential, hence his continued belonging to the defending English league champions. Last season he was loaned out to Preston North End where he scored four goals and recorded five assists, mainly from the right wing.

Following the end of the Championship season, Nmecha was part of Germany’s U-21 Euros squad that reached the final. He featured three times off the bench as his nation failed to win the competition.

The 20-year-old is yet to have a breakout season, but is still considered to be a huge prospect. Nmecha favors playing as a center forward, but his ability to play on either wing should serve him well as he seeks to start as many games as possible for Wolfsburg.