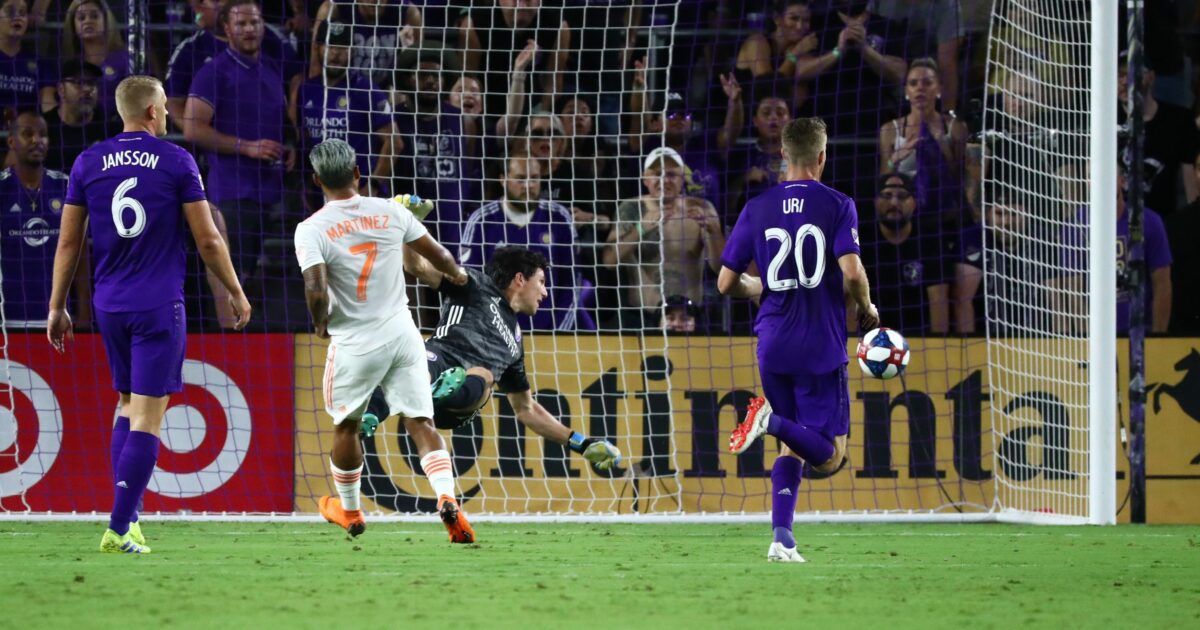 Chances were hard to come by throughout the first 60 minutes of the game. It wasn’t until Martinez did what he always does that the game livened up at the hour mark. He scored in his 12th consecutive game with a well placed shot inside the far post. He collected a drop pass from Ezequiel Barco to finish off a counter attack.

After Atlanta went ahead, Orlando City controlled much of the game and created several opportunities for themselves. Nani nearly put two shots into the net within five minutes of his team conceding but his attempts trickled just wide.

Orlando’s attacking pressure allowed the game to open up quite a bit. Atlanta was in defense first mode but that didn’t stop Martinez from coming inches away from scoring a second goal. Atlanta broke out on a counter in the 68th minute and Martinez broke free behind the defensive line and chipped a shot over Brian Rowe and off the woodwork.

In the end, the night will be about Orlando’s missed opportunities. In addition to Nani’s Carlos Ascues, making his first MLS start, will especially wonder how he didn’t find the back of the net. He took four shots before coming off in the 74th minute and all four of them were strong looks. Dom Dwyer came on and created some nice chances for himself as well.

The victory has Atlanta United on top of the Eastern Conference by three points. They will be in action on Tuesday night in the U.S. Open Cup Final against Minnesota United. They return to MLS action next weekend on Saturday night at the Philadelphia Union.

Orlando, meanwhile, remains in eighth place in the East, behind the Montreal Impact on the games won tiebreaker. They head out west to take on the San Jose Earthquakes next Saturday night.