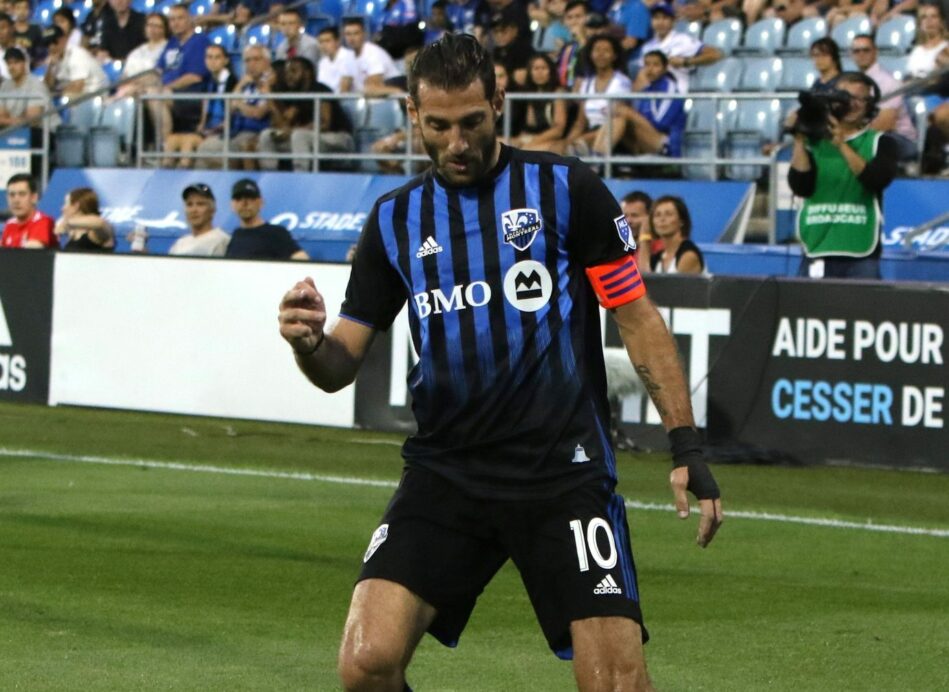 Ignacio Piatti is set for another spell on the sidelines due to injury.

Piatti will miss three weeks due to an adductor injury, Montreal Impact head coach Remi Garde confirmed on Friday. The 33-year-old has only made eight league appearances this season due to constant injuries.

He has three league goals and one assist this season, but has yet to truly play a major impact for the club this season.

Piatti helped the Impact advance to the Canadian Championship Final earlier this week after the club defeated York9 in the third qualifying round. He scored the decisive goal in a 3-2 two-legged aggregate win.

The Impact next face FC Dallas on Saturday night.

According to Pro Soccer USA, the New England Revolution are waiting for approval from the league to complete the loan. The 26-year-old has made seven appearances for the Revolution this season, but none since May 5th.

He will spend the remainder of the season for Hartford, but is expected to occasionally train with the Revolution. Matt Turner has taken grasp of the No. 1 job with the Revolution, while Cropper has struggled to grab the back-up job.

The Vancouver Whitecaps have begun a reorganization in their leadership structure on Friday, announcing they will hire a sporting director in the coming future. Whitecaps legend Bob Lenarduzzi is currently being set up with a new position within the club after serving as president.

“These are exciting times in MLS with the league growing at an unprecedented rate both on and off the pitch,” Whitecaps co-owner Jeff Mallett said in a club release . “We are committed to taking the ‘Caps to the next level, to being championship contenders. We’ve invested heavily in our soccer operations, from facilities to coast-to-coast soccer programming for boys and girls. Bringing in a sporting director is the next step to take the club forward.”

The new sporting director will lead the technical direction of the club at all levels and report directly to ownership.

“For me, I’m incredibly passionate about representing this club and brand here at home,” Lenarduzzi said in the release. “With the league growing the way it is, now is the right time to inject new leadership into the soccer side of our organization. I am proud to have been with the club every step of the way, and I’m very excited to continue working with our partners at home and abroad as we look toward to the biggest milestone in Canada’s soccer history in 2026.”

The Whitecaps have struggled for much of the 2019 season under first-year head coach Marc Dos Santos. They currently are last in the Western Conference and have also been eliminated from the Canadian Championship.

The Houston Dynamo will be without forward Romell Quioto for this weekend’s match.

Major League Soccer’s Disciplinary Committee announced Friday that Quioto was handed an extra match suspension and an additional fine following a red card issued for violent conduct on Aug. 8th at NYCFC. Quioto was also fined an undisclosed amount by DisCo for his failure to leave the field in the 20th minute of that match.

The winger will miss the Dynamo’s contest against the Colorado Rapids on Saturday. He has two goals and two assists for the Dynamo in 18 league appearances this season.

Houston will be playing its first match since the firing of head coach Wilmer Cabrera.