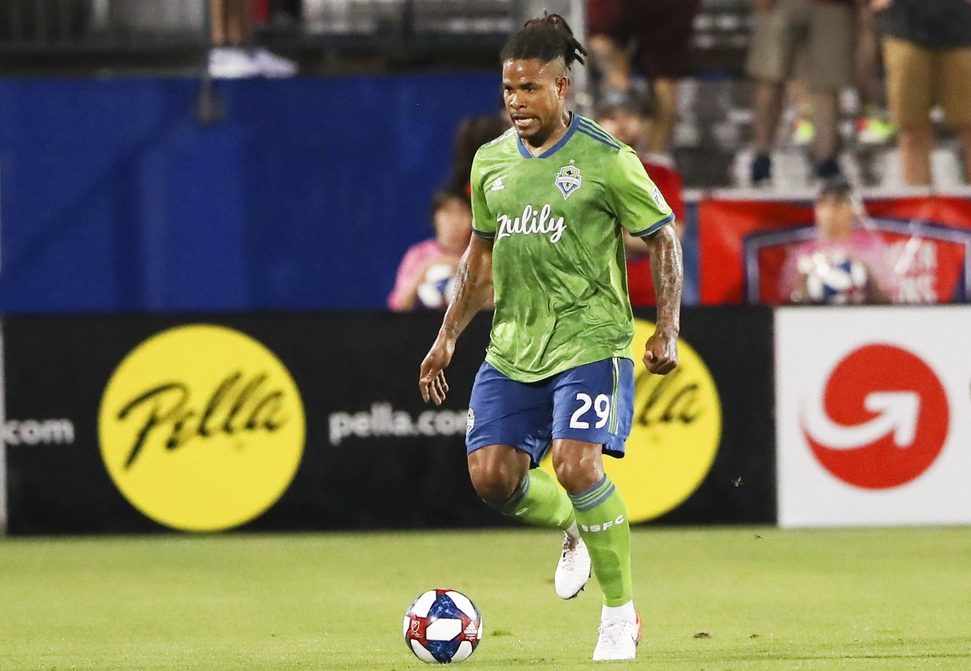 Roman Torres will miss the next 10 MLS matches for the Seattle Sounders.

The club announced on Friday that Torres has violated the MLS Substance Abuse and Behavioral Health (SABH) Policy by testing positive for a performance-enhancing substance. Torres has been suspended 10 MLS matches due to his violation and will be fined 20% of his annual salary.

He also cannot participate in team trainings or use team facilities unless rehabbing from an injury under the direction of team training or medical staff.

Torres however can train with the Sounders USL affiliate and appear for the club at least 14 days prior to his first first MLS game that he is eligible for.

Torres first MLS match he is eligible for is Sept. 29th against the San Jose Earthquakes.

D.C. United are reportedly close to making a big splash before the closure of the Secondary Transfer Window.

According to the Washington Post, the Black and Red are in the final stages of acquiring former Columbus Crew and L.A. Galaxy forward Ola Kamara. Kamara is currently with Chinese Super League club Shenzhen FC.

D.C. are reportedly set to pay Shenzhen a transfer fee for Kamara, but would also need to acquire the top spot in MLS Allocation Order from the Colorado Rapids.

D.C. United in the final stages of acquiring Norwegian F Ola Kamara, the former Columbus and L.A. Galaxy striker who moved to Shenzhen (China) in February. Transfer fee ~$2.5 million. DCU also needs to move up on #MLS allocation list, so trade with Colorado. More to come …

Since heading to China, Kamara has struggled for consistency only appearing six times. He totaled 48 regular season MLS goals in 90 combined appearances.

His arrival in D.C. would give Ben Olsen a consistent offensive threat to partner with leading-scorer Wayne Rooney.

Despite news regarding health concerns, the Colorado Rapids Aug. 3rd league match will go on as scheduled.

The club announced on Friday that a plague due to fleas has been confirmed  in numerous commerce city sites. Prairie dogs have been the victims of the plague as of now and the Rapids have taken several precautions ahead of their match against the Montreal Impact.

Also, the post-match fireworks show is also postponed and is not expected to be rescheduled.

The Vancouver Whitecaps are reportedly linked with a Honduran midfielder as part of their rebuilding project.

According to Honduran outlet Diez, Olimpia winger Michaell Chirinos is leaving the club. The Whitecaps are the MLS side linked with Chirinos, who has played for Olimpia and Lobos so far in his professional career.

Chirinos, 24, has won 19 caps with the Honduran National Team, most recently appearing in the 2019 Concacaf Gold Cup. With Lucas Venuto departing the club on Thursday, the Whitecaps have an international roster spot open on the roster.

The New England Revolution have loaned another promising player to the USL.

A day after loaning Justin Rennicks to North Carolina FC, the club announced they’ve loaned Issac Angking to the Charlotte Independence. Angking’s loan will run through the remainder of the 2019 season, although the Revs can recall him at any time.

The 19-year-old made a trio of substitute appearances for the Revs in 2018 but has yet to feature the first team this season. Injuries including a non-soccer related medical emergency have also been a factor in Angking’s lack of playing time.

He has featured for the U.S. U-20 Men’s National Team, playing for Tab Ramos’ side at the 2018 Concacaf U-20 Championship.