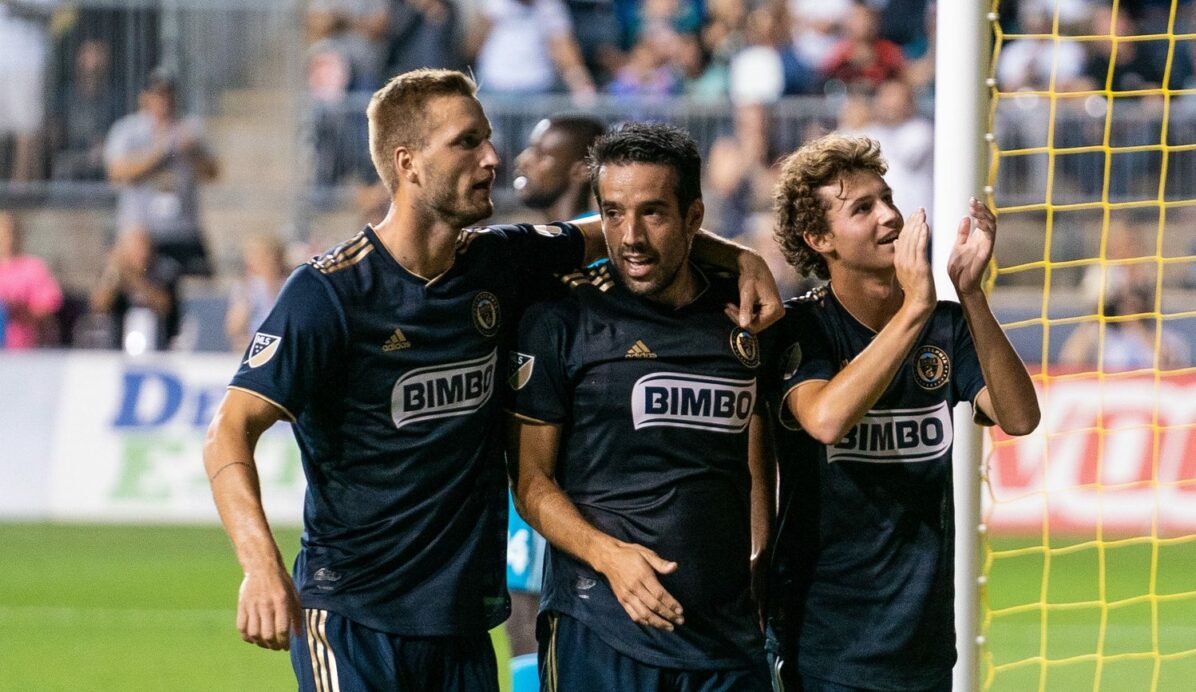 The Philadelphia Union want to show they belong with the big boys in Major League Soccer and Jim Curtin’s side will have a chance to show it this weekend against defending MLS Cup champion Atlanta United.

The Union welcome Atlanta United to Talen Energy Stadium on Saturday in a clash of the top two teams in the Eastern Conferencxe. The Five Stripes are coming off a 2-1 U.S. Open Cup Final win over Minnesota United this week, which handed Frank de Boer is second trophy as head coach. Philadelphia defeated D.C. United a week ago and will try for its first-ever league win over Atlanta United. Kacper Przybylko and Josef Martinez are the front men to keep an eye on.

Elsewhere, the L.A. Galaxy face a trip to the Seattle Sounders on Sunday, while Minnesota United takes on LAFC at Banc of California Stadium. The New England Revolution welcome Toronto FC to Gillette Stadium on Saturday in an Eastern Conference affair. Real Salt Lake is on the road also on Saturday, taking on the Portland Timbers.

These Eastern Conference sides meet for the sixth time in league history on Saturday neck and neck in the race for the postseason.

The visiting Five Stripes hold the edge due to goal differential and will be favored to knock off the Union on the road. Josef Martinez has scored in 12 consecutive league matches and is nine goals behind his MLS record he set last season. The Venezuelan forward has five goals in five appearances against the U so far in his career.

Jim Curtin’s bunch started strong against D.C. United in a 3-1 win, but could’ve put even more on the board. The return of homegrown standouts Brenden Aaronson and Mark McKenzie played a major part in the match, while Kacper Przybylko registered one goal and two assists. If Philly want to knock off the defending champs, they will need Przybylko to have an impact offensively. Alejandro Bedoya will miss due to suspension, likely putting Warren Creavalle into the starting XI next to Haris Medunjanin.

In their second meeting over two weeks, the L.A. Galaxy and Seattle Sounders will meet in league play.

The sides split the points in a 2-2 draw back on Aug. 17th in Carson and sit a point apart in the Western Conference table. The Galaxy drew rivals LAFC 3-3 last weekend with Zlatan Ibrahimovic scoring a brace against his in-state foes. The Swedish striker will look to score once again this weekend knowing that the club could use a full three points.

Seattle snapped a lengthy unbeaten run in all competitions with a 2-1 road win over rivals Portland. Raul Ruidiaz and Jordan Morris put in strong shifts at Providence Park and now will need to do the same on home turf. The Sounders are only seventh in the West when it comes to home matches and they will need to stand firm defensively against Ibrahimovic and Co.

The current Supporters’ Shield leaders LAFC stay at home this weekend for a date with Minnesota United.

Bob Bradley’s side left El Trafico with a point, but did see Carlos Vela leave with an injury. The Mexican playmaker should be ready to go this weekend against the Loons, but should he need a rest then Diego Rossi and Adama Diomande can carry the load. The duo has 22 league goals between them this season and provide something different than Vela on the pitch.

The Loons will try to rebound from a midweek loss in the U.S. Open Cup Final in Atlanta. In league play, Adrian Heath’s side are 1-2-1 in their last four matches which has seen them only score twice in the past three. Midfield play will be key if the Loons want to get anything going offensively, so look for Jan Gregus and Ethan Finlay in that department.

One point separates New England and Toronto in the East table with Saturday’s visitors looking in from the outside.

Greg Vanney’s side are in eighth place and are unbeaten in five straight in all competitions. A 2-1 rivalry win over Montreal helped as the side hadn’t won in league play since July 27th. Veterans Jozy Altidore, Michael Bradley, and Omar Gonzalez will remain with the club during a busy stretch so expect all three to lead by example beginning with this weekend.

The Revolution cannot afford any slip-ups with several teams behind them in the standings. Bruce Arena’s team has taken five points from a possible nine out of the past three matches, but will look to slam the door on a close competitor. Gustavo Bou continues to score goals since his arrival from Mexico and will look to use his speed and creativity against TFC’s physical backline.

A win for the Timbers could give them a massive boost heading into the international break. Currently three points out of the final playoff spot, Giovanni Savarese’s men will try to take advantage of the home crowd following last week’s defeat. Diego Valeri and Sebastian Blanco scored in these side’s earlier meeting and will be two favorites to do the same this time around.

Real Salt Lake are second right now due to goal difference, but could see plenty of shaking in the standings if they fail to win. The visitors left it late against rivals Colorado last weekend with Joao Plata and Jefferson Savarino scoring in the same minute. Kyle Beckerman and Everton Luiz will need to be strong in midfield if they want to limit the Blanco/Valeri duo for Portland.