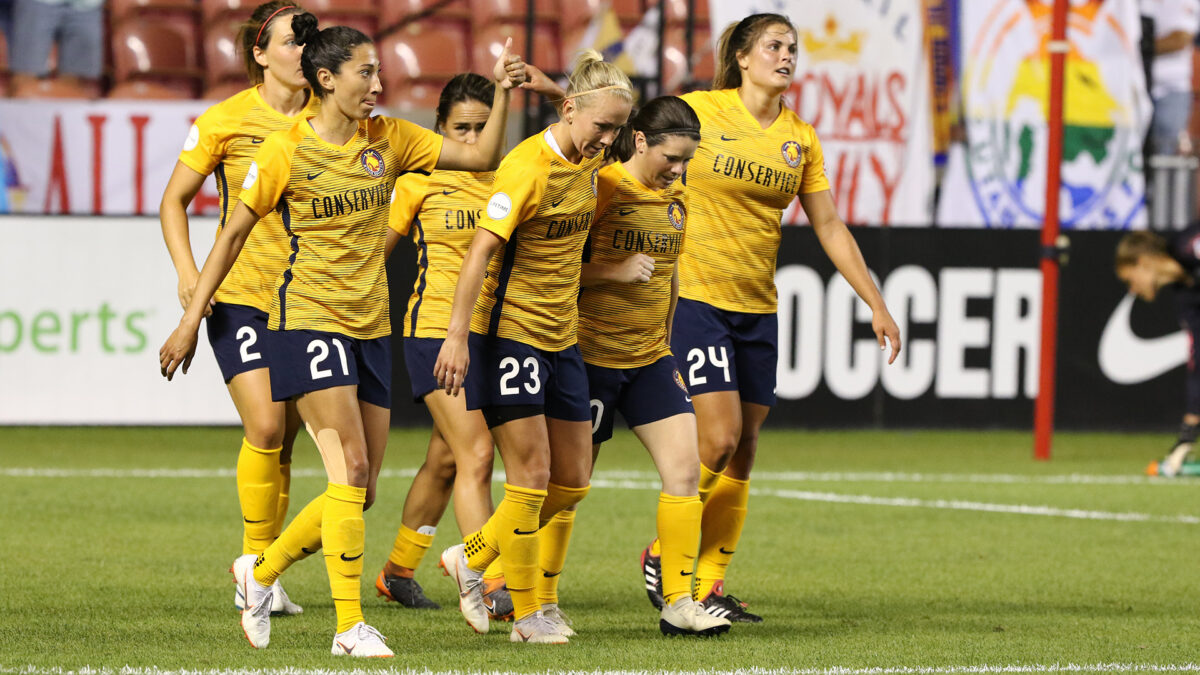 A first-half brace from USWNT regular Christen Press highlighted the evening, while Rosie White kept Reign steadily on the bounceback from a rough patch.

Wednesday’s winners will square off in Tacoma on Sunday.

Righting the ship from the 4-0 drubbing against Chicago a couple of weeks ago, Reign now finds itself on a two-game winning streak and owners of a playoff position.

It took until the second half, but Rosie White broke the deadlock when she finished off a chaotic chance created by Ifeoma Onumonu. White got a foot on it from point-blank to register her third goal of the season, and that was all Reign needed to pick up three points at home.

With a bit of catching up to do in the table, Utah Royals made the most of the matchup the struggling Sky Blue, avenging a loss from last month and snapping a six-game winless run in the process.

Lo’eau LaBonta found star striker Christen Press twice in two minutes during the first half to get Utah off to a fast start and the team didn’t look back.

Sky Blue was unable to stop the bleeding and conceded early in the second half. Royals’ Mallory Webber found Amy Rodriguez in the center of the box, and the rough night would continue for keeper Kailen Sheridan.

The loss will keep Sky Blue isolated at the bottom of the table.