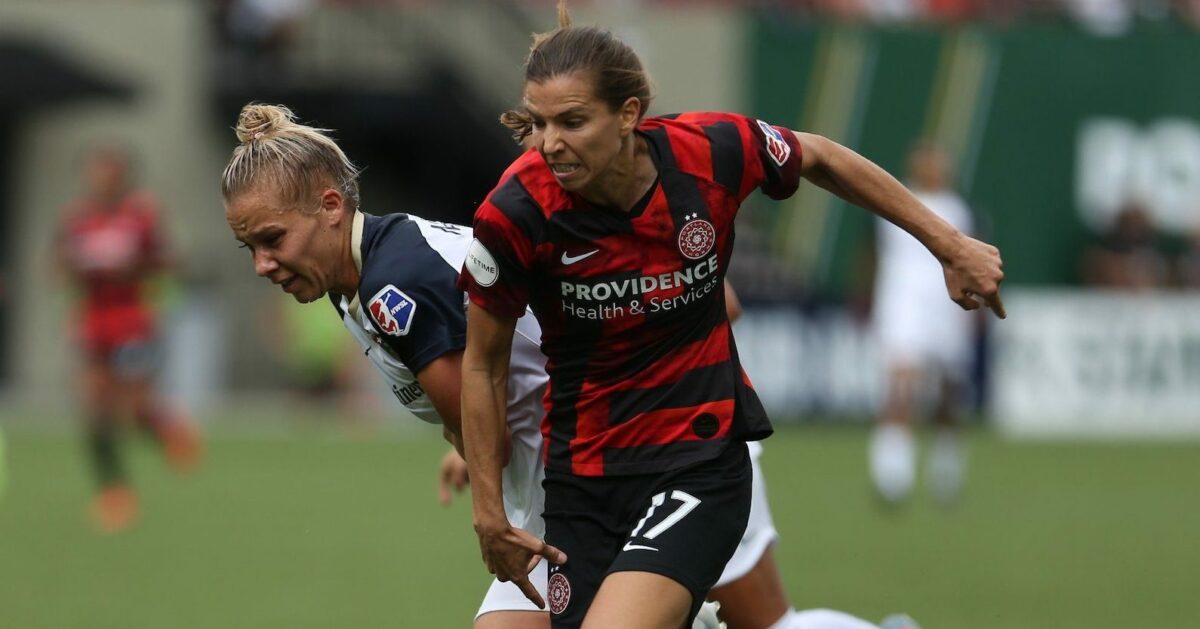 With only nine weeks to go, the top four teams are now separated by only three points and the Seattle Reign’s playoff status may be coming into question with recent surges from the Houston Dash and Utah Royals.

The Portland Thorns took back first place with a big win over the North Carolina Courage and the Chicago Red Stars have now won five games in a row after picking up a road win in Washington.

The Chicago Red Stars extended the winning streak to five games on the road as Washington Spirit played host at Maryland Soccerplex on Saturday. Yuki Nagasato found the other end of a Casey Short cross after the hour mark, and headed it past Spirit keeper Aubrey Bledsoe from point-blank. The hit was all the Red Stars needed to keep the recent momentum going with a road win to stay in control of its playoff spot.

The Orlando Pride didn’t help itself by ending the game with only nine women on the field Saturday night. Both new addition Julie King and star player Marta took straight reds in the 61st and 85th minutes respectively. While defending, the Pride’s Kristen Edmonds conceded a penalty, and Marta was cited for violent contact in the aftermath. The deadlock was finally broken in the 87th minute when Rachel Daly converted from the spot, the strike was good for her fifth goal of the season.

A new NWSL record attendance 25,281 at Providence Park saw the home team take the league table back on Sunday as Portland Thorns swapped spots thanks to a 3-1 win over North Carolina Courage.

Not exactly the way either team drew it up as two own goals from Stephanie Labbe and Abby Erceg from North Carolina in the second half outdid Crystal Dunn’s punishment in the fourth minute when Portland couldn’t clear a dangerous cross.

Katie Stengel was in the right place at the right time when Amy Rodriguez hit woodwork in the third minute but will take credit for the ricochet chance that go Utah Royals FC going on their visit to Cheney Stadium in Tacoma on Sunday.

Reign FC’s Shae Groom was able to pull one back before halftime to keep things interesting, bur Lo’eau Labonta would get the lead back just before the hour mark, and Rodriguez would strike again and find late pay dirt.

For the moment, Reign would be the last team in the playoffs, but Utah has been on the rise on the other side of the World Cup rake.