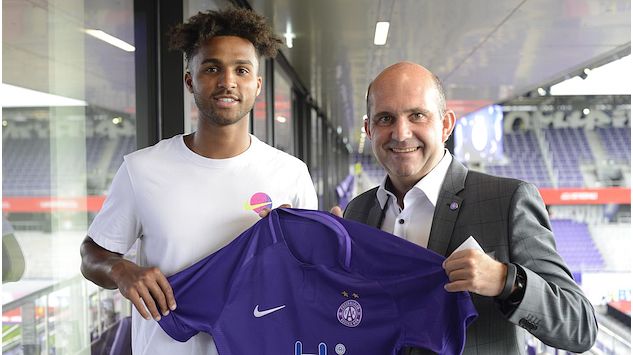 Erik Palmer-Brown is heading to the Austria Bundesliga on loan for the 2019-20 campaign.

Austria Wien announced on Monday they’ve added Palmer-Brown on loan, with an option to buy from Manchester City. The 22-year-old visited Wien’s training facility two weeks ago and now has his move to the club.

“I am pleased that our cooperation with Manchester City has brought us the first transfer and that this cooperation is no longer limited to paper,” Wien sporting director Ralf Muhr said. “We are also glad that we have an additional center-back with Erik Palmer-Brown as we needed action due to the injuries of Schoissengeyr and Borkovic. We look forward to its development and hope it will be a win-win win situation for us, for the player and for Manchester City. ”

Palmer-Brown joined Man City in 2018 but has yet to make his senior debut for the reigning EPL champions. He’s made 27 combined appearances on loan over the last two seasons with stops at Kortrijk in Belgium and NAC Breda of the Netherlands.

He has won two caps with the U.S. Men’s National Team, appearing against Bolivia and France in 2018.

“The brand new stadium and the whole infrastructure really impressed and convinced me. What also really impressed me when I came to visit a week and a half ago was that the players immediately introduced themselves to me during the drinking break during training – that was great, says a lot about the character of the team and the club,” Palmer-Brown said. “I’m looking forward to getting to know my teammates better and I’m ready to go to work. I want to be part of the team as soon as possible and help achieve the goals of the club. My goal is to be the best team player and to show myself from my best side.”

Wien are winless in their opening two matches of the new season, sitting 13th in the Bundesliga table. They are also in Europa League qualifying.