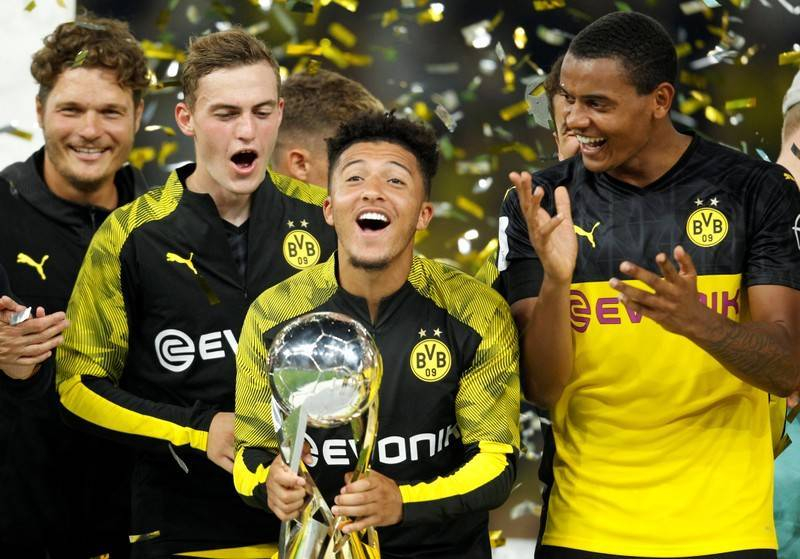 Lucien Favre’s side defeated Bayern 2-0 on Saturday to win the German Supercup over the defending league and cup champs. (REPORT)

Barcelona are set to open talks with Paris Saint-Germain over Neymar. (REPORT)

Manchester United defeated Serie A side AC Milan in Cardiff despite Paul Pogba not suiting up for the EPL outfit. (REPORT)

Arsenal are reportedly set to begin talks with Barcelona for Philippe Coutinho. (REPORT)

Manchester City manager Pep Guardiola has questioned the FIFA shortlist for Best Player of the Year, stating his players deserved to make it. (REPORT)

PSG picked up its first trophy of the season after defeating Rennes in the French Super Cup. (REPORT)

Brazilian Serie A side Fluminense snapped a seven-match winless run as they downed Internacional 2-1 on Saturday. (REPORT)