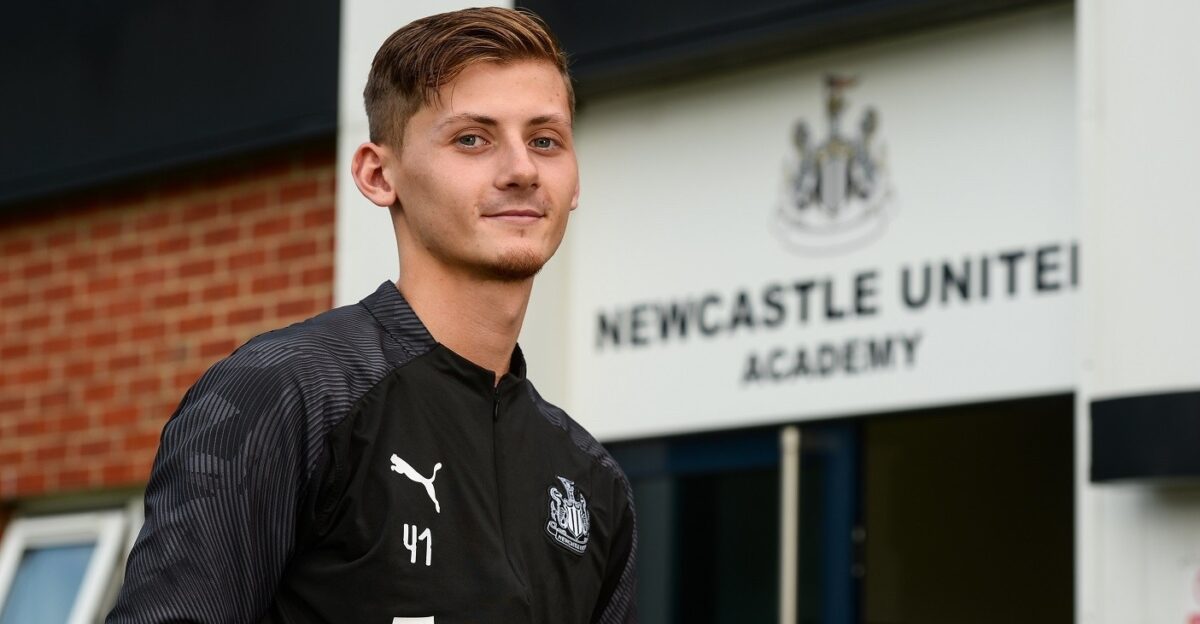 Kyle Scott may have to wait for his Newcastle United senior debut, but he will get his first taste of the club’s historic stadium this Friday.

Scott, the former U.S. U-20 Men’s National Team product, has appeared twice for Newcastle’s U-23 side since joining this summer from Chelsea. Newcastle will host Manchester United on Friday at St. James Park, in their third league match of the season. For Scott, it will be the first time he will appear at the venue in what he hopes will be a positive performance from the team.

“For the team, it’s an important game as we have played two and lost two. The standard has not been great at the moment,” Scott said in a club interview. “We’ve got a new bunch of players and it will take time to get used to each other and working with each other. We don’t want to lose three out of three so, on Friday, we need to make sure we come in and get the win.”

“I’m looking forward to playing at St. James’ Park. Hopefully, there is a good crowd there and I can show people what I can do but I think the most important thing is to be getting the win to start us off. When you get to the stadium and you are going to have more people there than usual, it generally gives everybody a bit of a lift. We’re playing against one of the best teams so it makes you want to beat them and do well even more.”

The 23-year-old is looking to spark his career with a new club, and hopefully make it to the first team. After a positive loan last season with Dutch second tier side Telstar, Scott returned to Chelsea in January but was unable to debut for the senior squad.

Scott has played 180 minutes for Newcastle so far, but has been on the losing end of both 6-0 and 2-1 defeats to Reading and West Ham United respectively. Friday’s test won’t be easy for the Magpies as the Red Devils come in with two wins under their belt so far, led by James Garner and his three goals scored. Despite the new move to a new club, Scott has found it positive so far under U-23 head coach Neil Redfearn.

“I like it here (Newcastle’s Academy),” Scott said. “The lads are all good and I enjoy working with Neil (Redfearn). I’m looking forward to the season and hopefully I can kick on even more.”

“I went a long time without a game and my last one was in November but I have now played two 90 minute games so, with a couple more matches under my belt, I’ll be into it. When you are back on the pitch playing games, it’s the best thing so I’m really happy for that.”