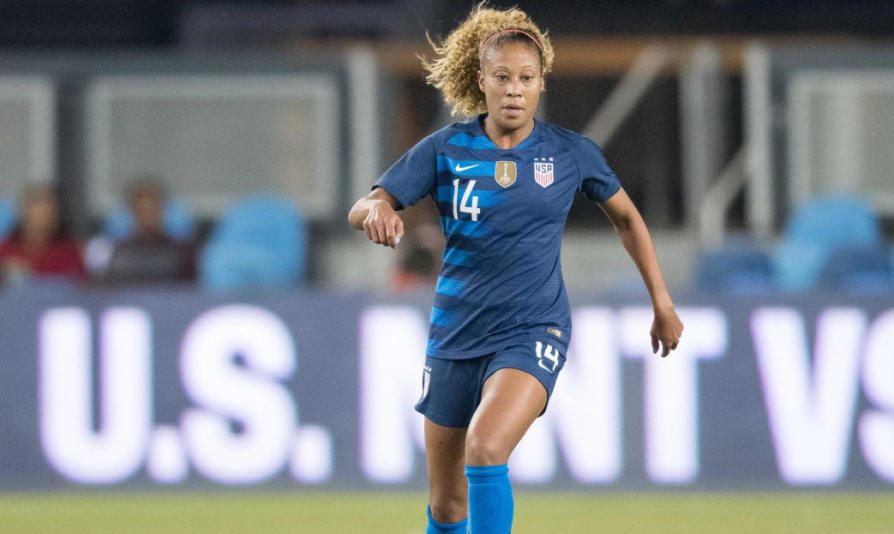 The U.S. Women’s National Team has made a pair of roster moves ahead of its next set of matches of the 2019 Victory Tour.

U.S. Soccer announced Monday they’ve added Casey Short and Kristen Hamilton prior to matches against Portugal on Aug. 29th and Sept. 1st. Both players have been added due to injuries on the current roster.

Short, who plays in the NWSL with the Chicago Red Stars, has won 27 caps with the USWNT in her career. She has made 18 appearances for the Red Stars this NWSL season, helping them to a current third place spot.

“With the injuries we currently have to several World Cup players, and with two of our main priorities on the Victory Tour being spreading around the minutes and keeping players healthy for their clubs during this critical playoff push, it made sense to call in Casey and Kristen to give us options and depth for these games against what will be a tough Portugal team,” U.S. head coach Jill Ellis said. “Both players have been performing very well in the NWSL and I know they’ll fit right in with our group for these matches.”

The 27-year-old Hamilton was originally named an overage player to the U.S. U-23 WNT roster who is heading to England for the Nordic Tournament. Instead, she will join the senior squad for her first senior team call-up. A forward with the North Carolina Courage, Hamilton has eight goals in NWSL play this season.

Ellis’ side faces off against Portugal in Philadelphia on Aug. 29th and St. Paul on Sept. 1st before concluding its Victory Tour later this Fall against South Korea.