Sounders hold on to down Timbers at Providence Park 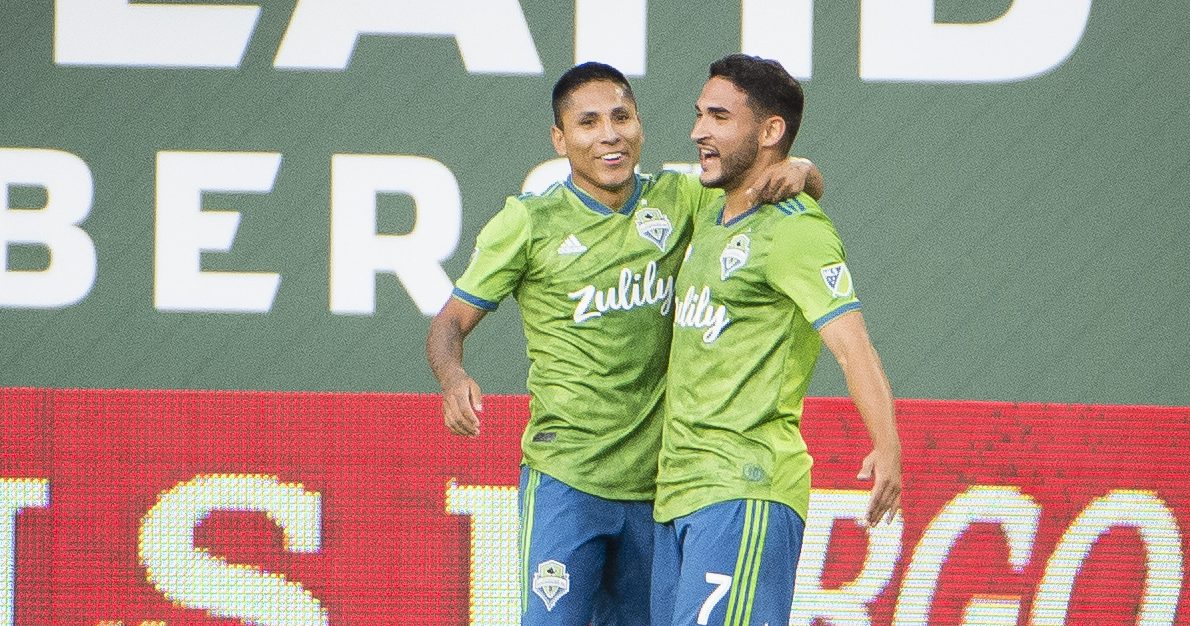 Fast paced play on the pitch, and silence off of it, created another memorable match between two of Major League Soccer’s most heated rivals.

Jordan Morris set up Seattle Sounder goals from Raul Ruidiaz and Cristian Roldan as they were able to head into Providence Park and escape with a 2-1 victory over the Portland Timbers. The win means the Sounders win the Cascadia Cup for having the best record in matches between themselves, the Timbers, and Vancouver Whitecaps.

Some poor Portland defending in the 22nd minute led to the opening goal in an eerily silent Providence Park thanks to supporter group protests for the first 33 minutes of the match. Morris danced through Portland’s defense before a low cross ended up at the feed of Roldan, who hammered the ball home from the doorstep.

The Sounders came out firing in the second half and they managed to double their lead just a minute and a half after the restart. Morris provided the feed once again as Raul Ruidiaz smashed home another close range shot to make it 2-0 to the visitors.

Portland was able to climb back into the game thanks to a free kick from Diego Valeri in the 54th minute. Kelvin Leerdam fouled Sebastian Blanco at the top of the penalty area, allowing the Portland captain to smash a free kick that deflected off Ruidiaz in the Seattle wall and past a helpless Stefan Frei.

The Timbers held much of the possession for the rest of the match and they had plenty of chances to equalize. Brian Fernandez thought he had in the 81st minute when he did bury a sliding shot off a Valeri cross, be he was offside and the goal did not stand.

Portland kept the pressure on for the remainder of the match, but were unable to come up with a late tying goal.

The Sounders use the big win to climb to second place in the Western Conference ahead of a big match at home against the LA Galaxy on September 1. The Timbers, however, remain in 7th place and are next in action next Saturday night at home against Real Salt Lake.