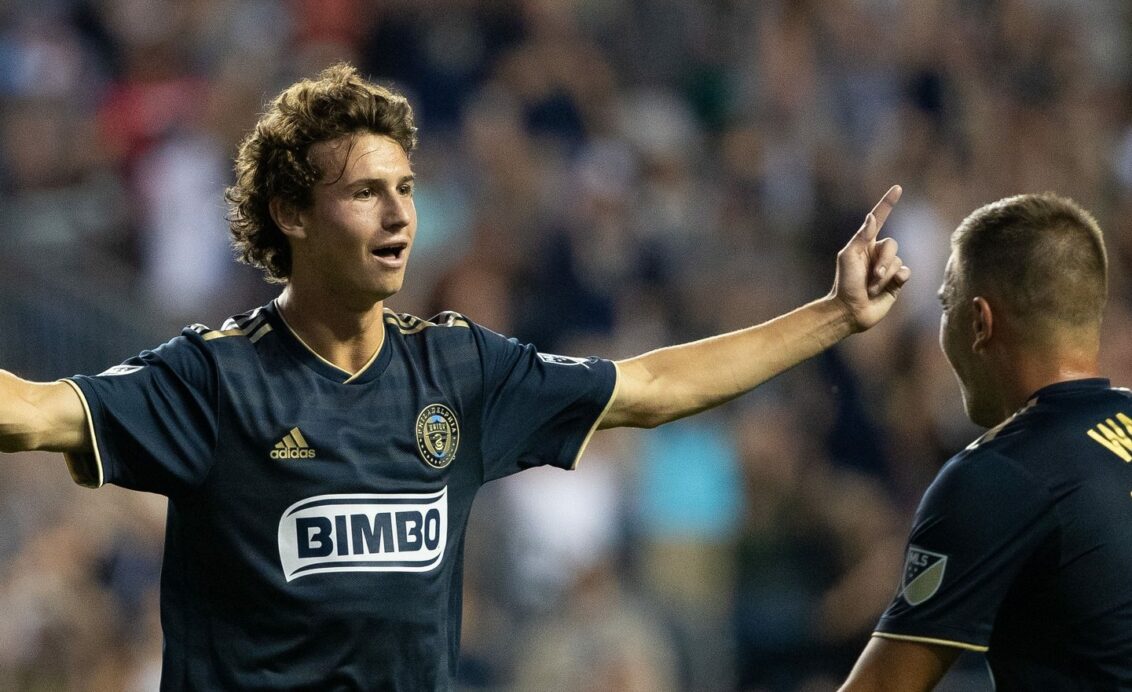 CHESTER, Pa. — The Philadelphia Union needed an injection of life in their starting lineup following last weekend’s shutout loss in Chicago. Homegrowns Mark McKenzie and Brenden Aaronson returned to the field and shined in the Union’s 3-1 win over D.C. United at Talen Energy Stadium on Saturday night.

Aaronson and McKenzie were inserted into the starting lineup and each shined for the Eastern Conference club. Aaronson recorded a goal and assist, while McKenzie made his first league start of the season. Both players excelled on Saturday and now has given Curtin more options to choose from for the remainder of the season.

“We needed an injection of life, we have a deep roster and we used it tonight,” Curtin said. “The guys have been training really well and we rewarded those guys. The guys put in good intensity, but that doesn’t mean this lineup is guaranteed to start against Atlanta. We have a good roster and we use all of our players.”

“We were a little flat in Chicago and it was a difficult week because you start hearing the noise from the outside wondering if we’re going to fall apart after that Chicago loss. Every little bit of adversity this group steps up. McKenzie huge for us tonight, Aaronson a big performance as well. Everybody competes to be in the starting lineup and the 18-man squad each week.”

The first 45 minutes was similar to the Union’s last meeting with the Black and Red, a 5-1 beatdown back in early August. They pressured D.C. and went into halftime leading by multiple goals. Kai Wagner and Kacper Przybylko connected for a fifth-minute opener, Aaronson scored his first career goal at home, and fellow insertee Ilsinho also got on the scoresheet after a great individual effort.

Despite allowing a consolation goal from Luciano Acosta, the Union’s defense remained confident and comfortable for the remainder of the match. McKenzie won seven duels defensively and helped quiet D.C. striker Ola Kamara. The 20-year-old made 20 appearances in 2018, but has mainly been seen with the Union’s USL affiliate, Bethlehem Steel this season. Saturday’s performance could be what McKenzie needed to kickstart a lengthy run during a crucial part of the season.

“It felt good to be back out there tonight on our pitch and with the guys,” McKenzie said. “I’ve been working every day to get better and fix things in my game that I can get better at. I know there is still some work to be done. I think I seized the opportunity tonight when I got called on and now I just have to be ready for the next moment.”

“Mark deserves a lot of credit, he hasn’t been playing much this year so for him to come in and play how well he did is amazing,” Aaronson said. “I give him a lot of credit. I felt he was the best player on the field tonight because he didn’t let anyone get by him. I am proud of him, myself, and the team.”

As for Aaronson, the 18-year-old midfielder earned his first start since July 28th and registered his first points since July 4th. He completed 85% of his passes against D.C., while also recording a pair of shots on goal and covering plenty of ground defensively.

With the Union needing every weapon healthy for home dates against Atlanta United and LAFC over the next three weeks, Aaronson has continued to grow into a professional. His ability to stick his nose in for possession is an added benefit, while his goalscoring ability is always a threat. Aaronson will only get better if he can continue put himself in the right positions on the field.

“It’s important for Brenden, he probably could’ve scored two or three goals if he adjusts his feet,” Curtin said. “Sometimes it takes him a little time to create a shot. It helps his confidence with the goal, the next element to add to his game is get better 30 yards and in if he wants to take his game to another level. His work rate is incredible and he covers a lot of ground for us which sometimes people don’t see. Huge performance from him.”

“I feel comfortable in the final third, I don’t think if you guys see it but I stay late in training to work on my shooting and effort in the final third,” Aaronson said. “I know it’s something I needed to get better at and I think it’s starting to pay off.”

The Union are level with Atlanta United on 48 points as they prepare to host the defending champs on Aug. 31st.