USWNT down Republic of Ireland in opening match of Victory Tour 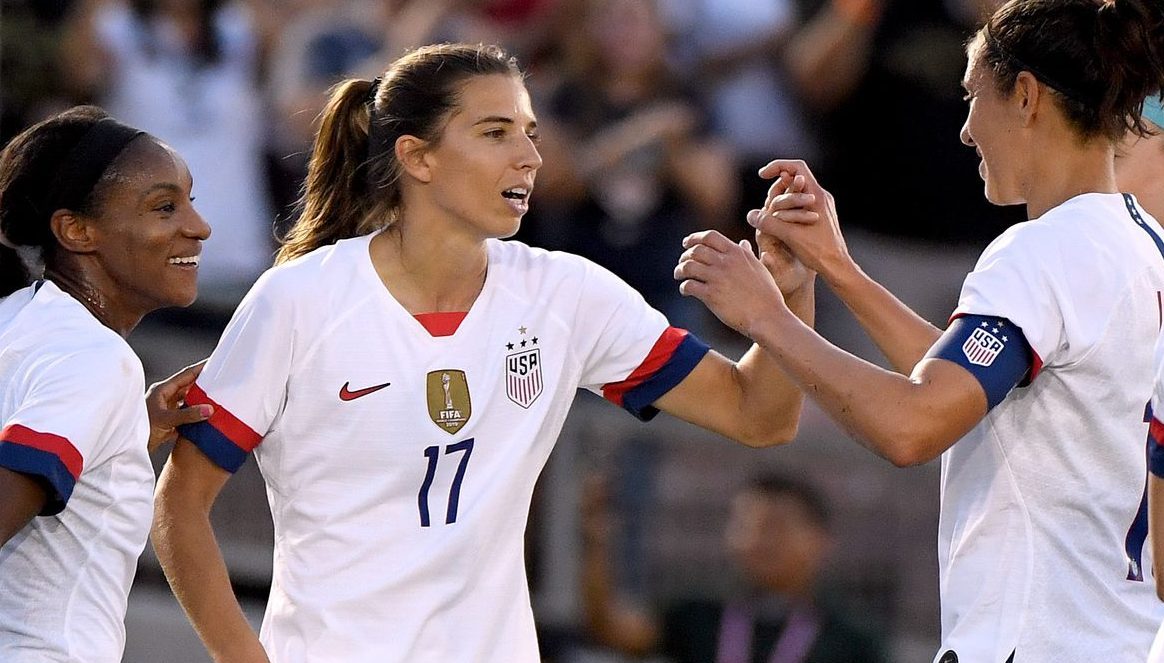 The U.S. Women’s National Team kicked off its Victory Tour in positive fashion as it downed the Republic of Ireland at the Rose Bowl on Saturday evening.

Jill Ellis’s side scored a trio of first-half goals to run out 3-0 winners against its European opponents. Tobin Heath, Lindsey Horan, and Carli Lloyd all found the back of the net.

The USWNT came out on a strong note as Tobin Heath headed in Christen Press’ cross for a 1-0 lead in the 16th minute. Heath made no mistake as she found the top-right corner with her effort.

Even with the lead, the USWNT continued to put the foot on the gas as Samantha Mewis and Press each had shots saved by Ireland keeper Marie Hourihan.

Horan would extend the hosts advantage in the 31st minute, beating Hourihan down the middle of the goal in the 31st.

After being kept out twice earlier in the half, Carli Lloyd would cap off the scoring on the evening, heading Kelley O’Hara’s cross into the bottom-right corner. It was Lloyd’s 114th all-time goal for the U.S.

Hourihan finished with six saves on the night, the lone star for the Republic of Ireland. Being out possessed 80-20%, the Irish could not record a shot on goal in what was its second loss of the calendar year.

Megan Rapinoe and Alex Morgan were unused substitutes for the USWNT after dealing with respective injuries since the end of the World Cup. Emily Sonnett, Jessica McDonald, and Rose Lavelle headlined the substitutions made by Ellis on the evening.

The USWNT will now have an extended break before beginning a two-match series with Portugal on Aug. 29th in Philadelphia.