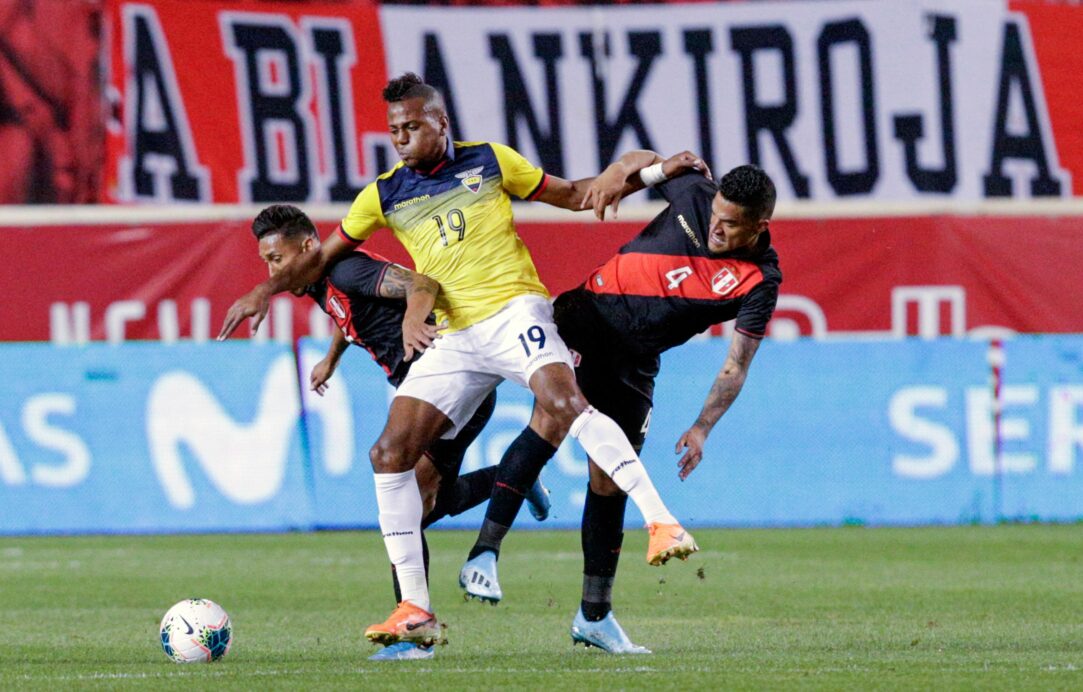 HARRISON, N.J. — Peru may have finished in second place at the recent Copa America, but you may have been hard-pressed to guess that on Thursday.

Ecuador used a second half goal to edge a toothless Peru side by a 1-0 mark on Thursday night. Erick Castillo provided the difference in the friendly at Red Bull Arena, taking advantage of some poor defending and finishing low shortly after halftime.

The Peruvians, who played without star attackers Paolo Guerrero (not called up) and Jefferson Farfan (injury), had longer spells with the ball in the match but failed to generate much danger in the final third. The Peruvians finished with just two shots on target despite having 66% of possession.

Ecuador was also not very sharp nor overly dangerous in the attacking half, finishing with just four looks at goal and only one on target.

The Ecuadorians made the single look they had count, however. In the 47th minute, after substitute Peru attacker Andre Carrillo had a pass at midfielder intercepted, Ecuador hit immediately on the counter.

Michael Estrada ended up with the ball in a central position, and, after fighting off a challenge from Peruvian centerback Carlos Zambrano, sprayed a pass to the open space on the left to Castillo. The 24-year-old then raced forward before slipping a slow roller past goalkeeper Pedro Gallese.

Continuing to prepare for the start of World Cup Qualifying next year, Ecuador now returns home to play Bolivia in another friendly on Tuesday. Peru, meanwhile, heads west to Los Angeles to take on Brazil in a rematch of the Copa America final that same day.