It was a goal that had to leave U.S. Men’s National Team fans excited, but also a little angry.

Josh Sargent’s stunning goal last week in his first start of the Bundesliga season for Werder Bremen showed off all the quality USMNT fans have been hoping to see from the young striker. The poise, technical quality and confidence was clear to see on the finish, which surely left many American fans reliving the rage that came when Sargent was left off Gregg Berhalter’s Gold Cup squad.

After all, the United States could have used a striker with that quality in the latter stages of the Gold Cup, and it was easy to speculate that Sargent could have delivered that type of skill if he had been chosen.

What is easy to overlook though is the reality that the Sargent we watched score a beautiful goal for Werder Bremen on Saturday wasn’t the same player who went into the pre-Gold Cup USMNT camp, a player who back then was struggling both with his form and confidence.

Sargent spent most of the second half of the 2018/2019 season stuck firmly on the bench at Werder Bremen, playing a total of seven minutes in the team’s final 13 matches in all competitions. Not only didn’t he see the field very often, he even found himself not making the bench for some matches.

It was the kind of stretch Sargent couldn’t have envisioned coming after going through a stretch of playing in nine of Werder Bremen’s 10 Bundesliga matches before and after last year’s winter break. That included him scoring two goals last December.

Going from the high of regular first-team appearances, to the emotional rock bottom of being at the bottom of Werder Bremen’s strike depth chart, took its toll, and it showed when he took part in USMNT camp in May. A camp that had been expected to be a showcase for him, but instead only served to magnify the reality that he was a player who was struggling.

“With the youth teams, and growing up, I was always used to being one of the best players, always being one of the coach’s favorites,” Sargent said when asked by SBI about last season’s struggles at Werder Bremen. “To go on the opposite side of that, it was pretty tough for me I’d say.

“With my confidence, it kind of hurt a little bit,” Sargent said. “Over the summer I was able to relax, and at the beginning of this season kind of get that back so I feel good now.”

Getting his confidence back wound up requiring him to endure yet another disappointment, which came when he failed to make the USMNT Gold Cup squad. He went into the national team’s pre-Gold Cup squad expected to be one of the team’s strikers, but his struggles with confidence and lack of playing time left him well below his best, and rather than solidify a Gold Cup spot, the 19-year-old watched his place on the Gold Cup team slip away. 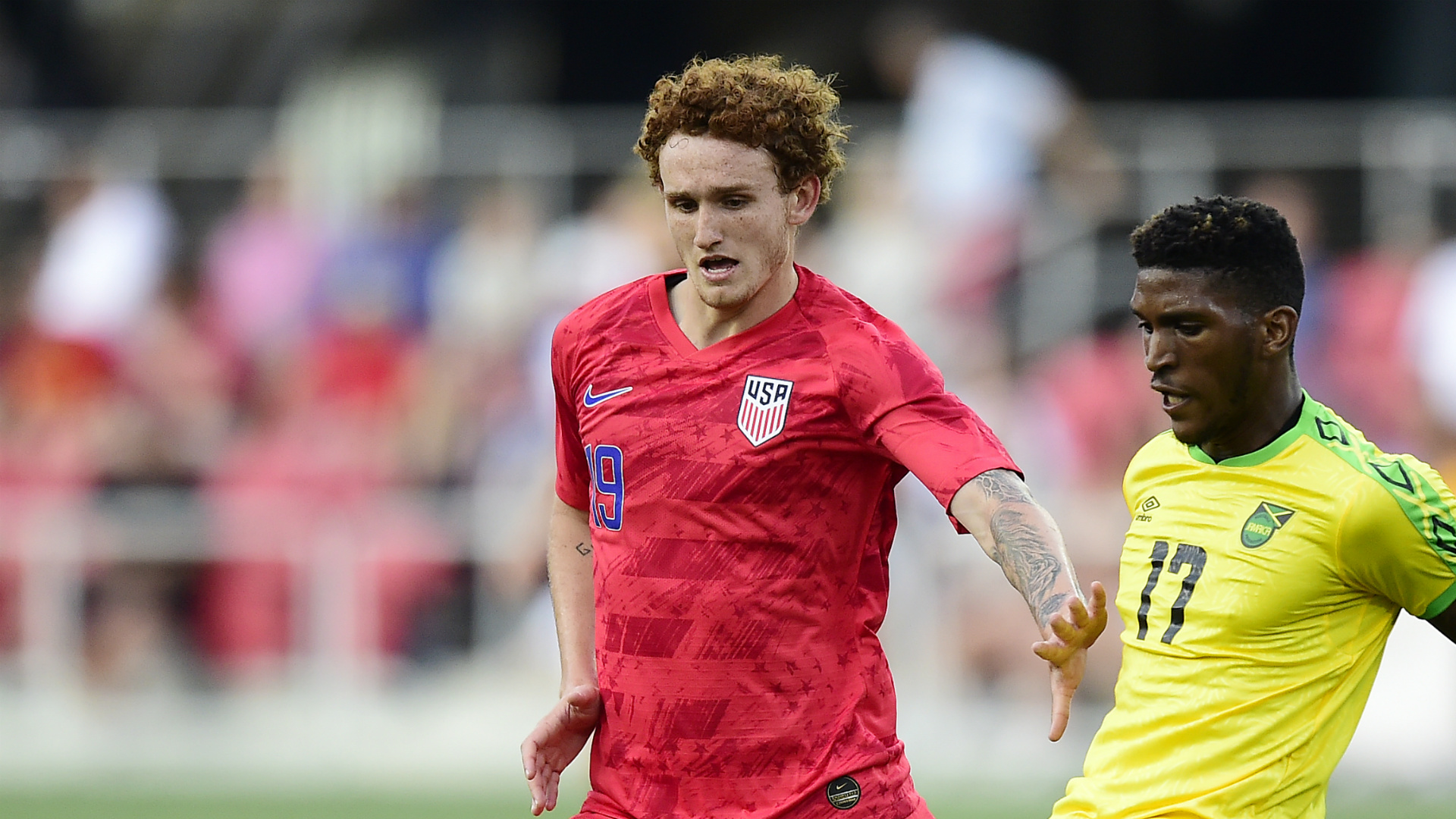 Sargent’s exclusion was by far the most controversial decision made by Gregg Berhalter about his USMNT Gold Cup roster, and fans weren’t the only ones angry about it.

“I think it took a few days for me to really calm down about the situation,” Sargent said. “When I had the time to think about it, I was able to be with my club the whole preseason and it was a very good opportunity for myself and I thought I did a good job with that. Now I’m in a very happy place with myself and with my football and how it’s going. Looking to build off of that here with this camp.”

“We talked about how he used a negative event and turned it positive,” Berhalter said on Monday. “it gave him motivation to go back to Bremen and really work for an opportunity. There’s nothing better than when players take advantage of that, and he did. The season’s been much of the same, he’s hung in there, he’s kept battling, getting rewarded with a nice goal and a great win on the weekend.”

The silver lining in Sargent’s Gold Cup absence was the fact he was able to take a full break in the summer and join Werder Bremen for the start of preseason. It didn’t take long to see a much more confident Sargent playing well in preseason friendlies, and earning a start in Werder Bremen’s third match of the Bundesliga season. He commemorated that start with the most impressive goal of his young professional career.

The run, the brilliant first touch, the chip of the keeper. What a goal from the American! ?? pic.twitter.com/x5X9FMhXL4

Now Sargent is back with the USMNT, and heads into the September friendlies in a much healthier mindset than he had back in June. He is a player having fun again, and brimming with the kind of confidence that should not only solidify his place with the USMNT, but also help him push for a more prominent role on Berhalter’s team.

“I think the biggest thing, to be honest, is just my overall confidence and how good I feel about myself,” Sargent said. “I think that’s a very big thing for a player so I’m in a very good place right now.”