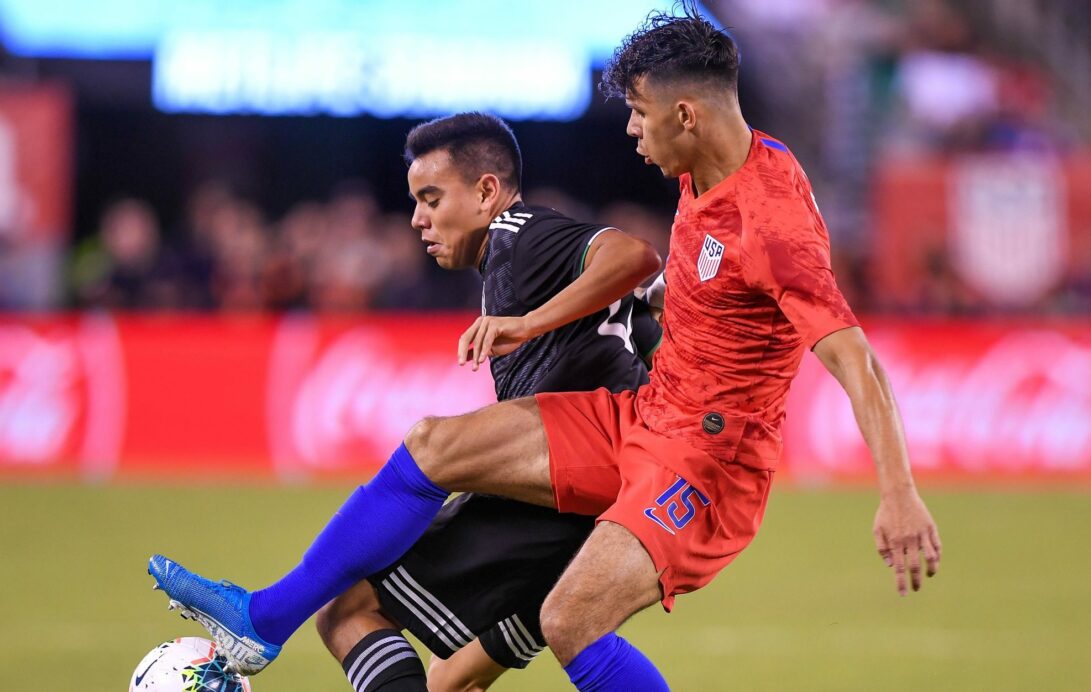 EAST RUTHERFORD, N.J. — Not many things went right for the U.S. Men’s National Team on Friday night in a 3-0 friendly loss to Mexico. One thing that did leave head coach Gregg Berhalter with some positive thoughts was the play of veteran midfielder Alfredo Morales.

The Fortuna Dusseldorf man made his first USMNT appearance since 2016 in the defeat, playing the full 90 minutes at MetLife Stadium. Morales lined up in the center of midfield and added a physical and aggressive presence to the squad. He didn’t get a full week of training ahead of the match, but still did enough to impress Berhalter.

“I like his range and the physicality he brings to the team,” Berhalter said. “He is a guy that trained one-and-a-half days with us after coming in from his club on Sunday. With all of those circumstances I think he played particularly well.”

Morales covered a lot of ground in midfield, in hopes to spring the team the team into positive attacking chances. Although the team failed to do much on the offensive end, Morales’ positive performance gives Berhalter another option heading into the Concacaf Nations League beginning in October.

The 30-year-old has shined for Dusseldorf this early part of the Bundesliga season, scoring one goal and adding one assist. Technically, he has the ability to drive forward in attack, while also tracking back and putting tackles in against the opposition playmakers. Morales was happy to just be back with the team, no matter what the final result was.

“It felt very good to be back and I am very thankful for this opportunity,” Morales said. “I have worked very hard to get here. Unfortunately it came in a loss tonight and I wanted to help the team pick up the win. We have a great group of players and although tonight wasn’t our night, I think we have a bright future.”

“I think we did a couple of good things, but we also did some things that we need to improve. We wanted to do better for the fans. We gave up two goals in the final minutes, which was too easy. We will do better if we stick to the plan Gregg has for us.”

Morales cannot fully answer all of the questions for the USMNT, who were put under pressure for most of the match by Mexico. However, he is a fresh face to Berhalter and his staff who have yet to work with him on a regular basis with the National Team. He is one of several players who will miss the trip to St. Louis for next week’s showdown with Uruguay, but knows what needs to change for a chance at a better result.

“You can score from everywhere, but we made some wrong decisions going forward and it bit us tonight,” Morales said. “We lacked the final pass and even if we did start to get some possession going, we became too frantic and messed up in our build-up play. We’re going to look at the tape and try to improve for Uruguay.”