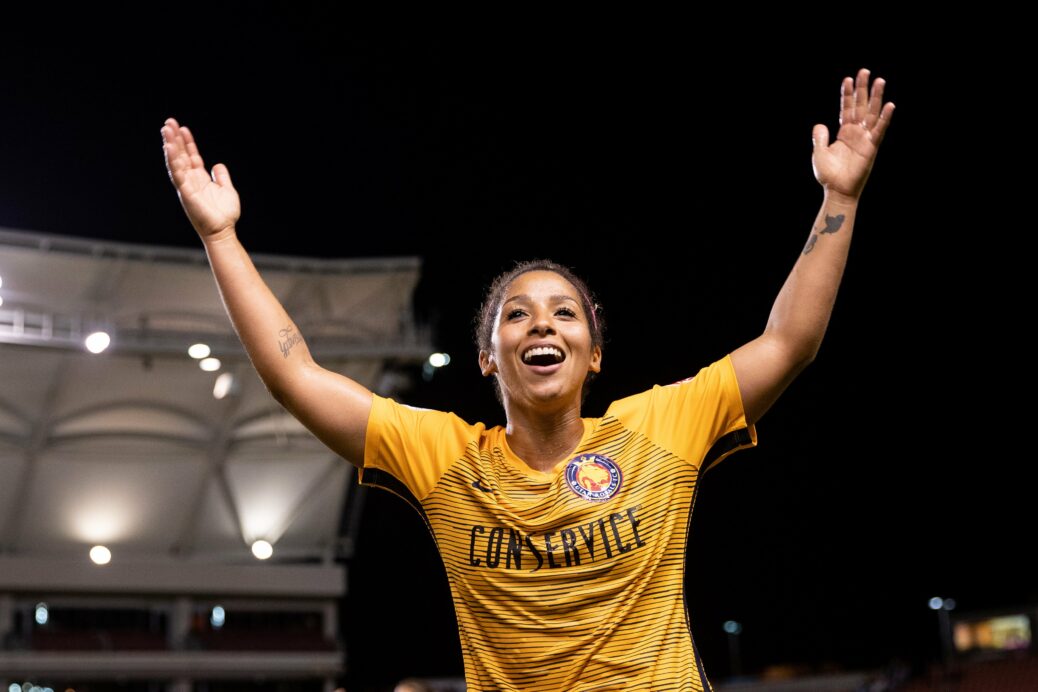 Friday night’s marquee matchup between the Utah Royals and Portland Thorns kicked off this past weekend in the National Women’s Soccer League.

The recently surging Royals took care of business on home turf at Rio Tinto Stadium, shutting out the league leaders and solidifying their place in the playoff conversation with only four match weeks remaining.

Though Megan Rapinoe was neutralized in her return to Reign FC, Dorian Jenkins’ first-half brace was worth the price of admission in Tacoma.

The once league-leading Chicago Red stars snapped a three-game losing streak thanks to a first-half brace from Golen Boot leader Samantha Kerr.

The game’s lone goal came in the 36th minute. Christen Press, who has found herself on the scoresheet regularly since returning from the World Cup, teed up Becky Sauerbrunn inside the box for a close-range opportunity.

Sauerbrunn headed the goal past Thorns keeper Adrianna Franch to earn her first goal of the season.

Looking like a playoff lock, Utah is now unbeaten in a five-game stretch that has seen four wins and hanging tough in fourth place, while Portland remains at the top of the table with only four games left to play.

In the opening minute of the match, Sky Blue defender Erica Skroski attempted to clear some early danger but looped the ball into her own net.

Carli Lloyd would go on to get the goal back in the 12th minute from the penalty spot, blasting it past Courage keeper Stephanie Labbe for her fifth goal of the season.

It took until the 57th minute, but the Courage earned an open play goal to take all three points thanks to a play that saw Kristen Hamilton set up a Crystal Dunn strike from the center of the box.

Courage maintains its steady momentum in second place, while Sky Blue falls to only two points above Orlando Pride in the cellar position.

A stormy night in Tacoma saw Saturday’s game between Reign FC and Orlando Pride go under a weather delay after the lights at Cheney Stadium went out.

Making her first appearance since the 2019 World Cup campaign, Megan Rapinoe was kept quiet in her return to league play, but there was plenty to like about the evening for Reign fans.

Darian Jenkins wasted little time in earning a first-half brace. Picking up goals in the third and 12th minutes, Reign was thriving early. Rosie White found Beverly Yanez minutes later to see the team earn three goals within the first 17 minutes, and it was all they needed to snap a three-game winless run.

In the second half, Orlando would pick up a late goal from the spot thanks to a clinical strike from Camila Martins Pereira but it hardly mattered with only 10 minutes of play remaining.

The Chicago Red Stars got a bit of zeal back at home, snapping a losing streak against Houston Dash at SeatGeek Stadium in Bridgeview, Illinois.

The league leader in goals, Sam Kerr extended her season tally to 15 in the first half. Once from close range, once from distance, she had the Red Stars all set to snap a three-game losing streak.

In the 65th minute, Savannah McCaskill got the final say after beating the Dash backline to earn her first goal of the season.

Chicago slides into third place with the victory, but still faces competition to stamp its playoff ticket.