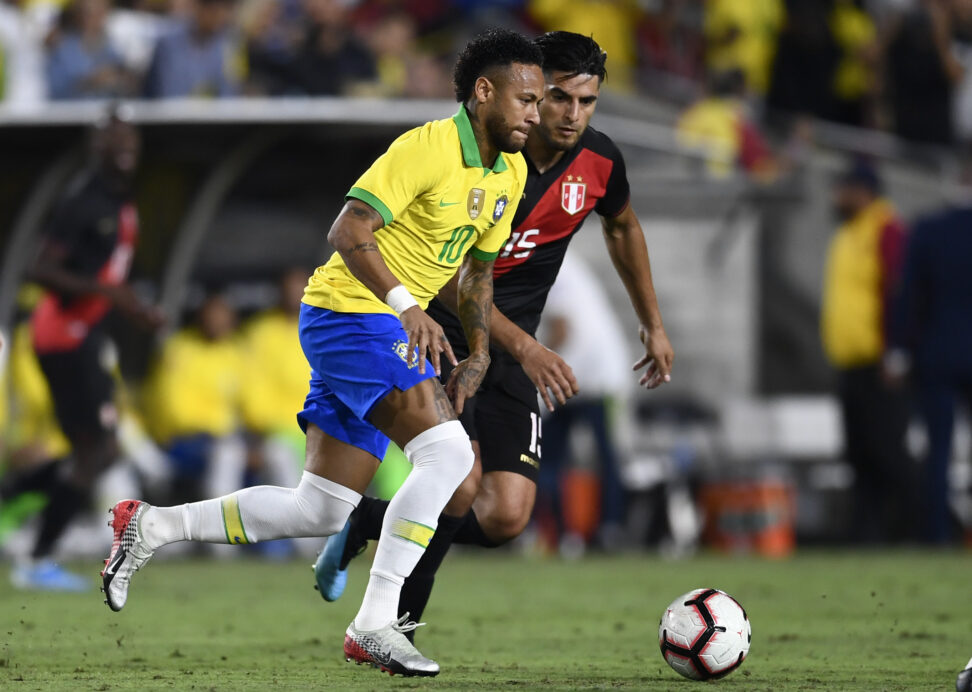 LOS ANGELES — For Peru, it was a case of the third time being the charm.

Luis Abram scored an 85th-minute goal and Peru stunned Brazil, 1-0, in a friendly at the LA Memorial Coliseum on Tuesday night. The victory was the Peruvians’ first in three tries against the South American heavyweights in 2019, having previously suffered losses of 5-0 and 3-1 in the Copa America in June.

A rematch of that tournament’s final, a defensively organized Peru side found the winner late when Abram nodded in a free kick from the right. Abram may have produce the decider, but Peruvian goalkeeper Pedro Gallese was also vital to the victory with three big saves.

The Brazilians had the cleaner looks from the run of play on the day, but not even Neymar’s insertion in the 63rd minute could help them muster up that last bit of quality in the final third against a determined Peruvian defense.

For Ricardo Gareca, the shutout win was his second against Brazil during his tenure as Peru head coach. The previous victory came during the Copa America Centenario back in 2016, also via a 1-0 scoreline.

Still preparing for the start of World Cup Qualifying, Peru and Brazil will return to action next month with more friendlies. The Peruvians will face Uruguay home and away during October’s international window while the Brazilians have a meeting with Thailand scheduled.