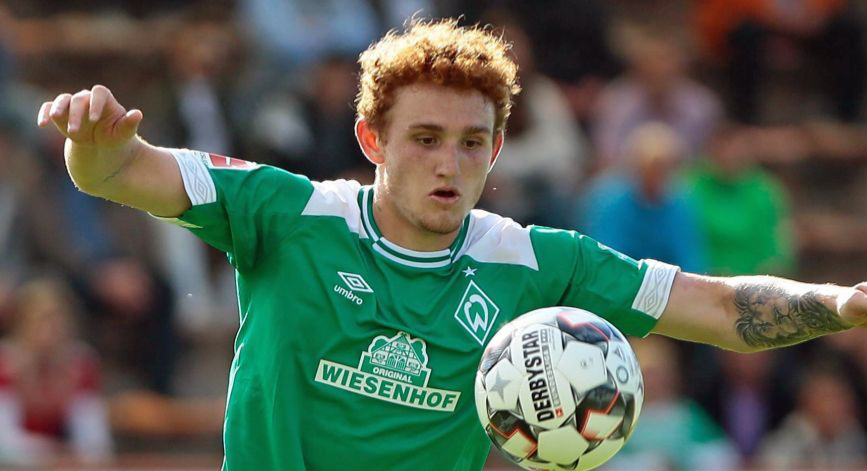 Josh Sargent has scored his first of the new Bundesliga season.

The U.S. Men’s National Team forward showed great composure and skill in Bremen’s 3-2 win, scoring the second goal for his side in a busy first-half.

Nuri Sahin’s long ball found Sargent who was able to flick the pass over Augsburg keeper Tomas Koubek before finishing into an empty goal.

The run, the brilliant first touch, the chip of the keeper. What a goal from the American! 🇺🇸 pic.twitter.com/x5X9FMhXL4

Augsburg would tie it up after halftime, but Bremen would run away with their first league win of the season after Yuya Osako scored his second goal of the afternoon.

Sargent would play 82 minutes in the match, recording two shots and winning one tackle.

After netting his first goal of the season, Sargent should be brimming with confidence heading into USMNT camp. The striker will look to have a positive return to Gregg Berhalter’s squad after missing out on this summer’s Gold Cup.