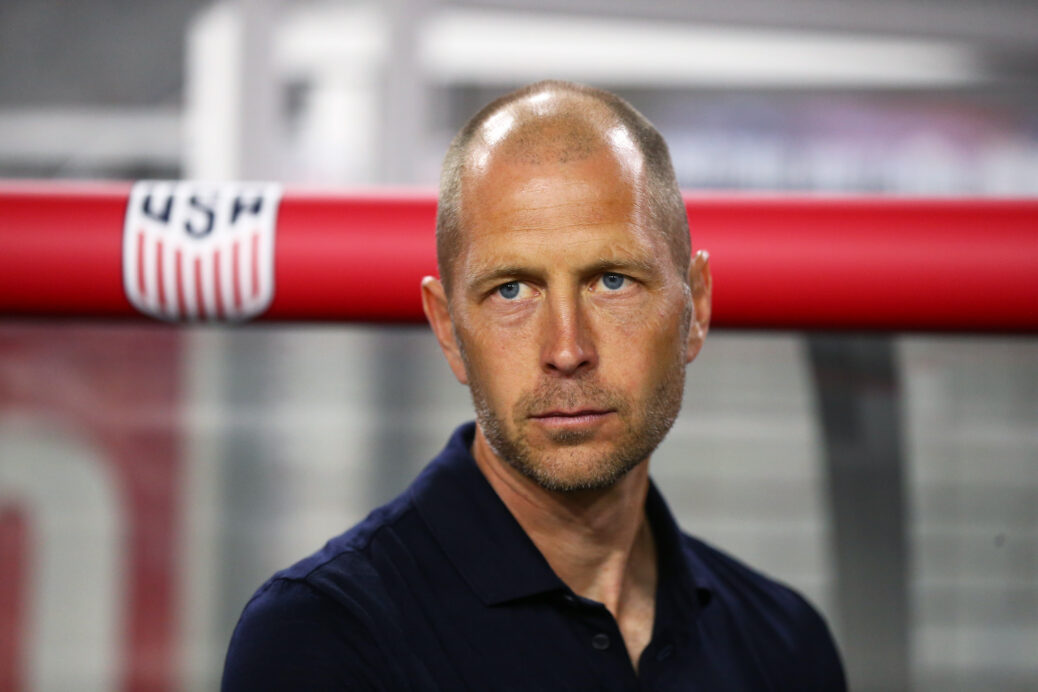 You may not want any of Michael Bradley, Jozy Altidore, or Omar Gonzalez on the U.S. Men’s National Team, but Gregg Berhalter might and as head coach he deserves every right to have the players he wants in camp.

There is one roadblock that has gotten in the way of that this month and it is one that needs to be addressed for the sake of the USMNT: Major League Soccer’s refusal to respect FIFA windows.

When the USMNT takes the field over the next week, it will do so devoid of much of the veteran presence that Berhalter has relied upon since taking over the program. While that may be well and good given the clear need to move onto the next generation ahead of the start of World Cup Qualifying, it is still unfair and disrespectful to Berhalter to limit his selections because MLS opts not to respect international breaks — as was the case for this month’s camp.

“We’re in a very difficult position because we’re only allowed to play in certain times of the year,” said Berhalter on a conference call last week. “One thing I’ve been a little bit disappointed with is MLS teams opting to play in FIFA windows. I think it’s infringing on the time we have with players.

“I understand their situation of not wanting to play midweek games during the year, but it also puts us in a difficult spot where we have to make some of those decisions that are difficult for both the player and the club.”

First off, and just to clearly state the obvious, Berhalter’s only job is to coach the USMNT. It his responsibility, duty, and objective to work with and prepare the players that he thinks make up the best group — regardless of who they are and whether we on the outside agree — for what is to come. How he does that is by using FIFA fixture dates to fine-tune his system, better familiarize himself with the pool and individual’s strengths and weaknesses, and more clearly define his vision and best lineup. 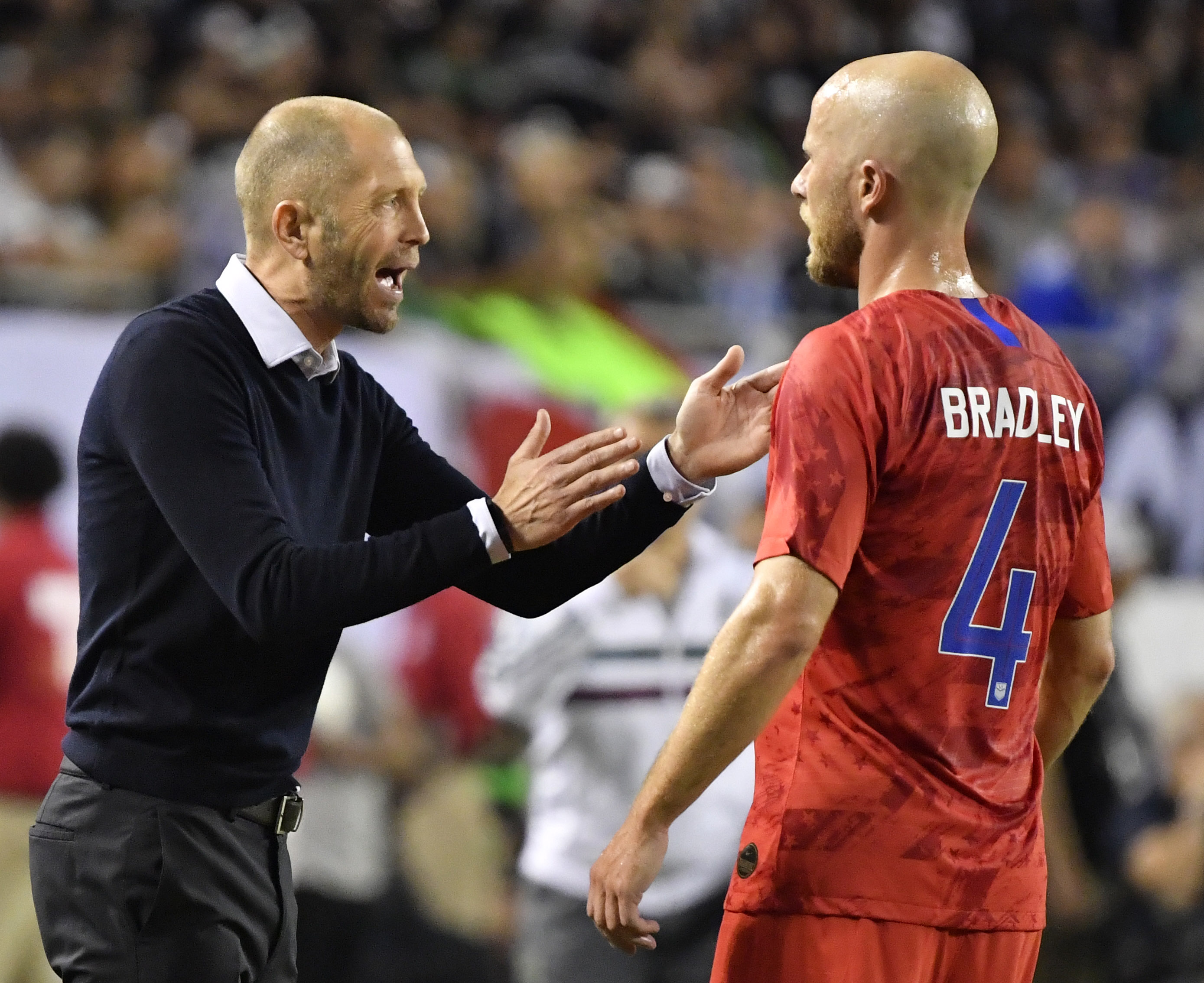 Secondly, let’s take away those polarizing veteran names for a second. What if the players in question were FC Dallas midfielder Paxton Pomykal, Aaron Long of the New York Red Bulls, and LA Galaxy’s Sebastian Lletget? What if their clubs pleaded with Berhalter to leave them at home this month for reasons related to the stretch run in MLS? Would Berhalter also have to make that sacrifice, leaving lesser known and lesser experienced commodities by the wayside to appease his former peers?

The answer should be no. After all, the entire point of the FIFA windows is so that national team head coaches have time throughout the year to work with their players. There should not have to be a conversation, much less a compromise, because a league decides to stick its middle finger at the international calendar.

You think nations like, say, Canada, are refraining from calling in their top players because of the MLS playoff race? Just look at the Canadians’ latest roster, with fellow Toronto FC player Jonathan Osorio included on it, for your answer.

Unfortunately because of the awkwardly cozy relationship between U.S. Soccer and MLS, it is not as clearcut or simple for USMNT head coaches as it should be. MLS’s insistence on giving clubs the option to play games during FIFA fixture dates complicates things for both the USMNT manager and his players, which is both a ridiculously absurd and an unjust position to put them in.

Playing for both club and country are not mutually exclusive items, and they should not be treated as such.

“It’s the worst part about the league: the fact that teams play through FIFA dates,” said Bradley last week. “Because as you’re trying to give everything you have for your club team and the national team, there’s too many moments where you’re missing something.

“It’s got to be one of the next steps for the league in terms of respecting the FIFA dates, not playing through summer tournaments, and it always comes back to scheduling issues and all this. I get it but it has to become something where it gets worked around, because you can’t have the rest of the world respecting the FIFA calendar and FIFA dates and then there’s still a full slate of MLS games … It is not the right way to do things.”

Just look at Colombia head coach Carlos Quieroz, who just this window was asked by Brazilian outfit Cruzeiro to not summon Luis Manuel Orejuela in order to play a cup game. Quieroz responded publicly by saying that the club should take the matter up with the Brazilian federation for scheduling the match during a FIFA window and added that he hopes ‘this is the last time’ he receives a request like this.

The majority of leagues across the world recognize and honor international windows. The ones that chose not to, by and large, do so knowing and accepting that they will have to make due without national team players.

That this is even a thing after the Americans’ colossal failure of not qualifying for the last World Cup is ludicrous and dumbfounding, and tells you all you need to know about the state of the sport in this country.

“Having worked in MLS, we try to be somewhat accommodating and try to work through it together with the clubs,” said Berhalter. “But sometimes there’s not perfect solutions and sometimes we just have to say, ‘Okay, this is the way it is.'”

Berhalter needs to come to the full realization that he has the final say, and he should not feel guilty for calling in whoever he wants, whenever he has the chance.

He is not the one ignoring the rules in place. MLS is.