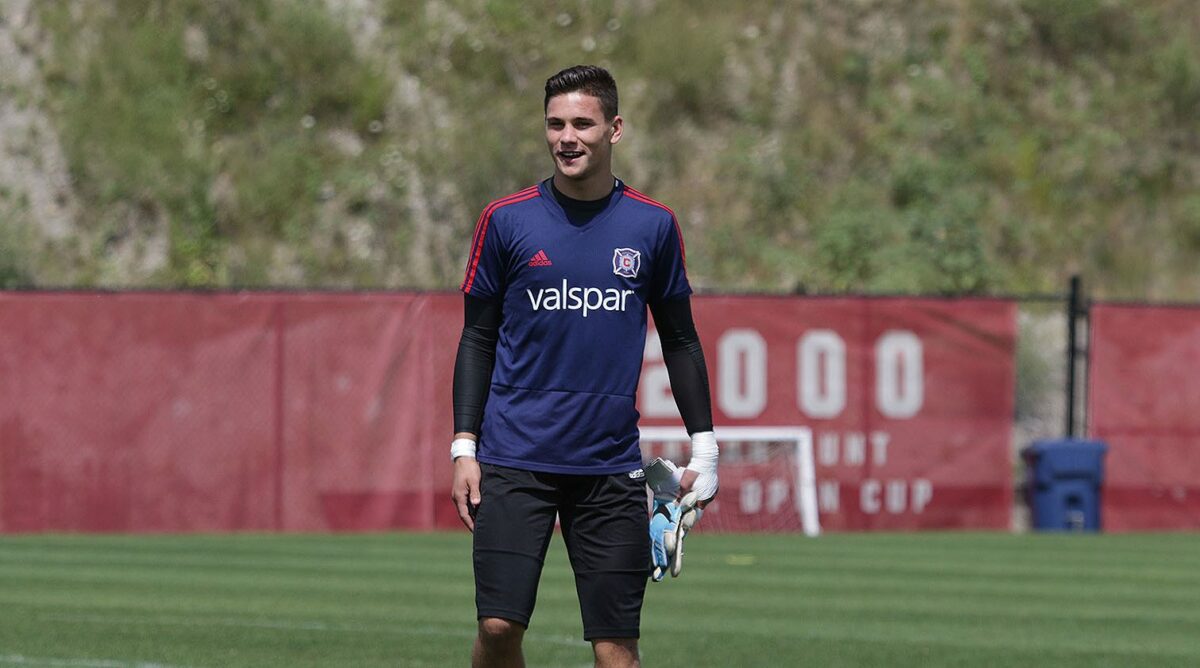 Damian Las is on his way to England.

Fulham announced the acquisition of the U.S. Under-17 goalkeeper, which sees him join from the Chicago Fire’s academy. Las signed a three-year deal with the current EFL Championship side and will begin with the club’s U-18 side.

“It feels great to be a Fulham player. I’m happy to be here finally. I’m happy for the future and I’m looking forward to it,” Las said. “I’ve been settling in a lot. I’ve got to know the players here and their style of play. I’m settling in well and the boys have welcomed me.”

Las is now the fourth American player on Fulham’s roster, joining veteran Tim Ream, and youngsters Luca De La Torre and Marlon Fossey. The 17-year-old recently participated in the Four Nations Tournament in the Netherlands with the U.S. Under-17 side, led by Raphael Wicky.

The U.S. U-17’s posted a 2-1-0 record in the tournament, defeating the likes of Mexico and the Netherlands before falling to Denmark on Matchday 3.

“I’m here at Fulham to work hard and prove to myself that I can be the best player I can possibly be,” Las continued. “I’m happy to carry on the American heritage here. I think Fulham is the best club for me to develop as a goalkeeper. Hopefully I can continue the work being done here.”